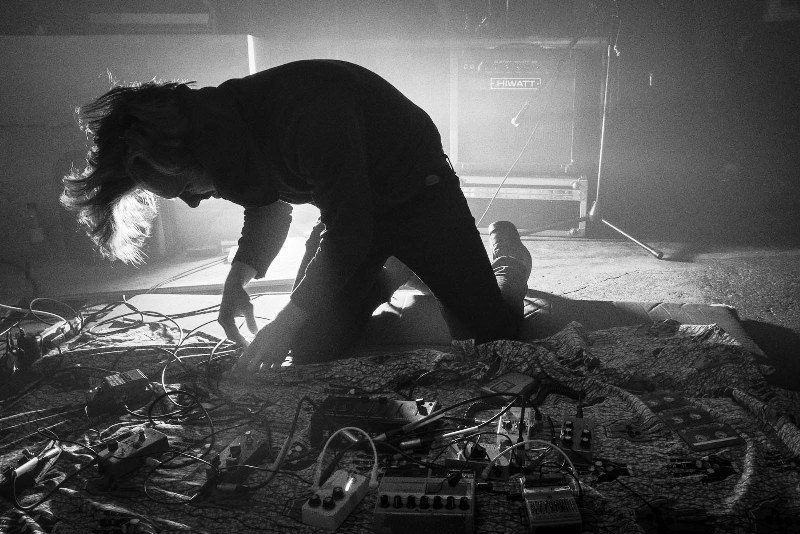 Karl Lemieux’s Maudite poutine is a crime film with a plot that reads as fairly straightforward, if not somewhat hackneyed: estranged brothers, angry bikers, some missing pot, a $10,000 debt and a dearth of options to pay it back. (The title refers to the idiosyncratic expression that led to the fries-and-curds concoction’s name — it roughly translated to “a fine mess”.)

It would be easy for Lemieux to make a screwy post-Tarantino caper or a portentous crime epic out of such familiar material, but instead, he looks inward. Maudite poutine is a gloomy black-metal album cover twist on the genre, elliptical and light on dialogue to the point where it could nearly be considered experimental.

Hoping to make some quick cash, Vincent (Jean-Simon Leduc) and his friends (which include Francis La Haye and a rare cameo from former les Georges Leningrad-er Mingo) steal some weed that winds up belonging to some very pissed-off bikers led by Robin Aubert. Given a grace period to gather the money, Vincent attempts to reconnect with his estranged, substance-abusing brother Michel (Martin Dubreuil), whose friendship with the bikers Vincent hopes will help get him a break.

Lemieux’s previous work in shorts and with Godspeed! is distinctly of the avant-garde, and a lot of that transpires in Maudite poutine’s gloomy b&w photography and controlled distortions of sound and image. It’s a film with a lot of aesthetic feel but not much narrative drive; its performances are uniformly strong but the characters difficult to build too much empathy for. Atmosphere does a lot for Maudite poutine, but it can’t do everything – it remains a strong and distinctive debut in spite of its shortcomings. 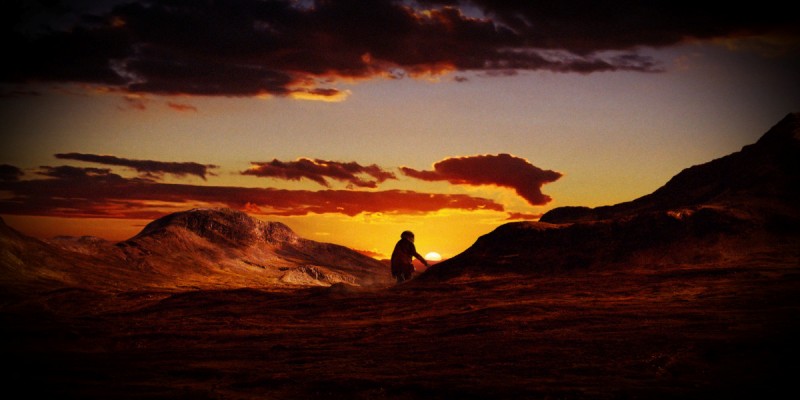 Johannes Nyholm’s The Giant does bring to mind some great directors: there’s some Terry Gilliam in here, some Herzog, some Peter Jackson… but the movies it brings to mind are hardly those directors’ best work. It’s a little bit of Tideland and a little bit of The Lovely Bones and a lot of dubious quirk rolled into a generally unsatisfying whole.

Christian Andrén plays Rikard, a deformed and apparently autistic (though he seems mostly to be hindered in his speech by his deformities) man who lives in a facility for the handicapped and lives for pétanque (the French variation of bocce ball). He dreams of seeing his mother, who lives cooped up as a hoarder on the other side of town, and imagines himself as a giant roaming an idyllic countryside.

Nyholm trades in a bizarre sort of grotesque quirk that alternates between the handheld “grit” of the sequences where Rikard lives his everyday life and the more polished sequences from the POV of the giant, who frolics around in a landscape recalling the candy-cane heaven of Jackson’s abysmal The Lovely Bones. The choice to make Rikard deformed (he looks not unlike The Elephant Man, for comparison’s sake) and non-verbal somewhat limits how much he can actually do, and the film descends into a bizarre, distinctly unfunny freak show fantasy that’s not particularly pleasant or engaging. Weird can be both a positive and negative descriptor for a film, but in this case it’s kind of neither. This kind of weird is just dull.