Description: Short, stocky with large head. Difficult to control in crowds or around cameras. Tends to snap quickly at anything that catches his attention without regard to consequences. When he grabs at something, will lock on ferociously at first, but if disciplined will occasionally drop his newfound toy, then sniff around for a new one. Answers to Denis, or Mister Mayor. Although a small number of politicians of similar breeding and temperament have gone on to commit genocide, most are benign and lead short political lives. If kept on a short leash and muzzled when dealing with growing number of angry citizens, Denis should lead a relatively uneventful life until he is transferred to a retirement facility in November 2017.

Justice Louis Gouin this week joined a growing chorus of magistrates who have had to discipline Montreal’s Denis Coderre administration for overstepping its authority. The Superior Court judge on Wednesday granted a request from the Montreal SPCA to suspend the application of  clauses in the city’s new animal control by-law that ban new pit-bull-type dogs and imposes strict rules on current owners. 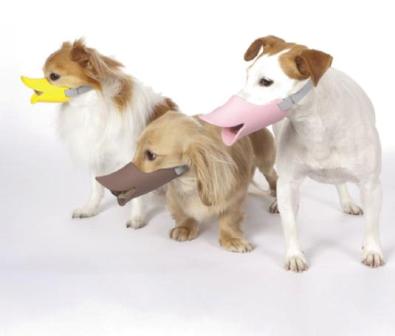 The justice noted that the by-law definition of pit bull was so vague that not even the city’s lawyer could say what was or wasn’t a pit bull. “If it looks like a duck, walks like a duck and quacks like a duck, it’s gotta be a duck,” he lamely argued. (Lawyer René Cadieux also told the judge he knows pornography when he see it. Cadieux did not detail how often he sees it, but I suspect it involves ducks.)

The judge also said the city’s threat to confiscate and kill individual animals when there is no evidence they pose a threat likely exceeds its legal powers. These issues justified suspending those portions of the by-law until the SPCA’s full case is heard at a future court date, he ruled.

SPCA lawyers also questioned other provisions of the by-law — which the judge described as “written in haste” and by Projet Montréal city councillor Craig Sauvé as written on a tablecloth (wine-stained, I assume). In particular, they contest provisions that would allow any “competent authority” to enter a home without a warrant to seize a dog.

The city may face legal challenges from other groups as well. Prominent lawyers Julius Grey and Anne-France Goldwater are acting on behalf of other Montrealers upset with the new rules.

This isn’t the first time a judge has had to yank hard on Coderre’s leash. Two separate courts have taken the city to task over its use of by-law P-6 to arrest and fine student protesters, with one municipal court judge throwing out three cases, forcing the city to withdraw 3,000 others tickets, with fines that ran as high as $3,000 for repeat offences.

Another provision of P-6, which forbids the wearing of masks, was struck down in Quebec Superior Court this June. Coderre threatened to appeal the ruling, but backed off the bluster after the cameras stopped rolling.

Coderre also gave up earlier this year when another Superior Court judge slapped down his impetuous attempt to impose a one-year moratorium on the calèche trade in Montreal. Coderre had reacted quickly to an incident in which a calèche horse was involved in a collision with a car in Griffintown in April, catching everyone off-guard by announcing a moratorium while the city considered a permanent ban. Calèche owners, who had already been given permits for the upcoming season, quickly sought an injunction, however. The judge agreed with owners and said the city didn’t have the authority to impose a moratorium.

But by then the mayor seemed to have shifted his rage elsewhere, dropping the whole idea: “I won’t spend the summer battling one injunction after another,” he told CBC.

Public relations expert Alyn Edwards of Peak Communicators told Gazette reporter Michelle Lalonde on Wednesday that “anyone could see this coming” — meaning the backlash against the pit-bull ban within the city and negative publicity it has drawn from dog experts and dog lovers around the world.

As with the calèche saga, the mayor reacted quickly to respond to an isolated incident, in this case a dog attack that killed Pointe-aux-Trembles resident Christiane Vadnais in June. Initially reported as involving a pit bull, “Lucifer” was in fact registered by its owner as a boxer and the city has been unable to produce DNA tests it supposedly ordered well over two months ago. 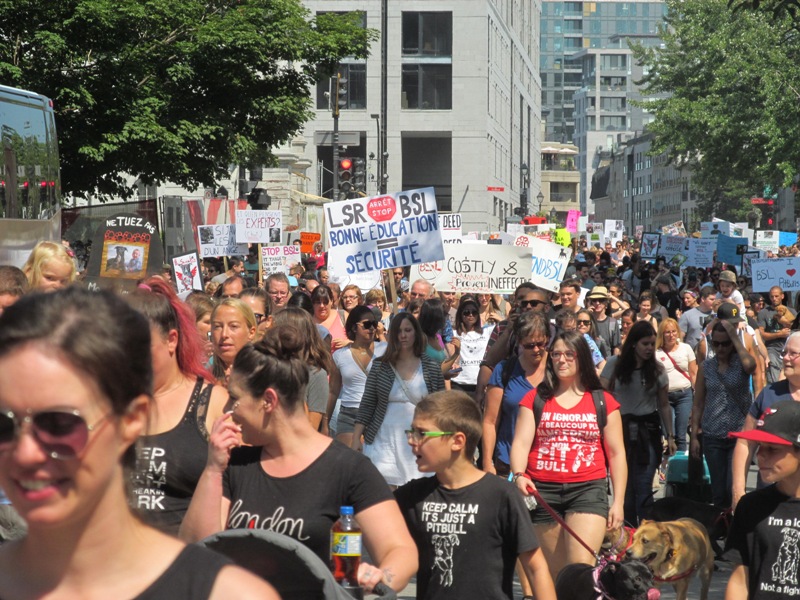 Yet Coderre continues to use that incident to justify his focus on pit bulls. And he does so despite overwhelming testimony from virtually every professional veterinarian and dog organization that a) it’s impossible to determine the breed by sight alone; and b) breed-specific bans are not effective in reducing the threat of dog bites to the public.

As The Gazette’s Lalonde wrote, “Edwards says Coderre may have assumed the public would automatically embrace anything that seemed to reduce the likelihood of another such attack. Instead, the SPCA, veterinarians’ organizations and dog lovers in general have succeeded in communicating a different message: that breed-specific bans take scarce resources away from measures that might work more effectively to reduce dog bites and attacks, and breed-specific bans target too many innocent owners and pets.”

So Coderre is a little like the dog that chases a car down the street but gets an unpleasant surprise when it sinks its teeth into the tire. Still, he’s once more barking threats to appeal the court decision and whining on his Facebook page about being misunderstood.

As Edwards notes, animal stories get a lot of traction. Coderre’s by-law targets animals that many people feel are part of their family. It casts a ridiculously vague net and treats even the gentlest animals as guilty by association with their most vicious and distant cousins, branding and hobbling them with mandatory muzzle laws and expensive permits. This political theatre may play to the anti-science, “pit bull”-fearing crowd, but as the mayor is about to discover, there’s a big difference between those two groups.

While the latter might get off their duffs to vote in a year, animal rights supporters are much more likely to knock on doors to convince their neighbours to help toss King Coderre out on his oft-bitten tush. ■