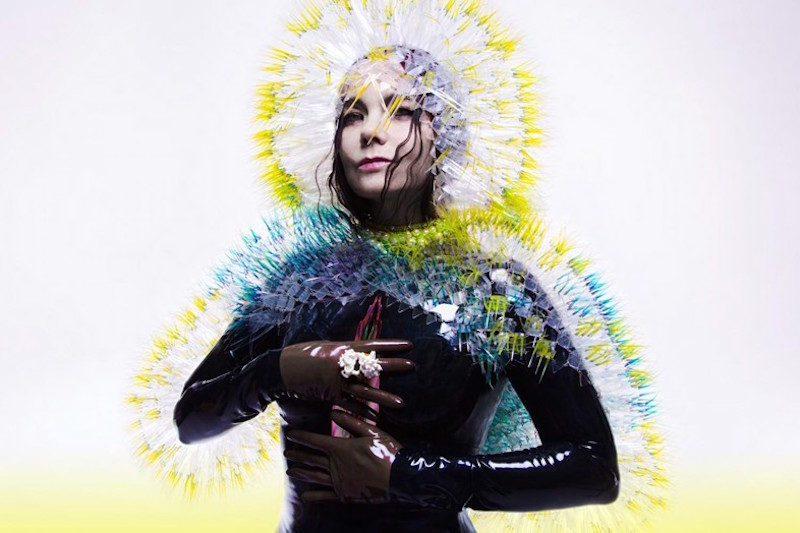 One of the most enthusiastically anticipated guests of this fall’s Red Bull Music Academy programming is the ever-innovative and eclectic Björk, who in addition to hosting two (sold out) parties with DJ sets at the Old Port’s Cirque Éloize on Oct 25–26, is presenting the North American debut of her virtual reality exhibition Björk Digital at DHC/ART in collaboration with the Phi Centre, running until Nov. 12.

The exhibit consists of five stops: the first is a hands-on chance to check out some of the apps and custom app-based musical instruments created for Björk’s 2011 Biophilia album and a curated retrospective of music videos on a big screen. For the main exhibition, groups of about 25 people at a time are led through a series of austere rooms equipped with black stools and individual Oculus Rift headsets, through which a number of increasingly elaborate 360°, 3D music videos created for Björk’s 2015 album Vulnicura are experienced.

Starting off with “Black Lake,” Björk takes us into a dark cave as she sings about heartbreak following the end of her 13-year relationship with artist Matthew Barney. Turning your head from one side to another reveals two different views of Björk, but other than this unusual circumstance, the video isn’t too trippy — it functions as a tone-setting introduction to the themes of the exhibition and a chance to acclimatize yourself to the 360° VR environment.

In the next room, things get a little more interesting with a video for “Stonemilker.” Here we find Björk on a beautifully rugged Icelandic beach, asking us to synchronize our feelings with hers, reaching out with her hands to draw out emotion from a reluctant partner. She appears on all sides, close enough that you feel you could reach out and take the hand she offers. The fact that you cannot serves to punctuate the song’s theme of disconnection despite proximity (come to think of it, so does the entire experience of watching 3D videos in solitude through a VR headset while in a room of 25 people you can’t see or hear, but I digress).

By the time we move into the third VR room, we’re well enough accustomed to the Oculus gear that we’re ready to get a little crazy. The first video we see here is “Mouth Mantra,” which is literally shot inside Björk’s mouth for a swirling, abstract dream sequence. This is followed by a live in Tokyo performance of the song “Quicksand,” which has been enhanced with augmented reality elements that turn Björk into various forms of light and energy emanating across a colourful and exciting infinite-seeming universe where you feel like you’re simultaneously free-falling and floating in space.

The final experience of the exhibit is the world première of “Family,” a technology-pushing, innovative and dynamic interactive videogame-like experience that allows you to move around and “paint” ribbons of colour using handheld wands that give you virtual hands while flying with an ethereal, goddess-like Björk across a surreal Icelandic landscape. Impressive though it was, my station was a little glitchy — if I stepped too far away from wall-mounted sensors I’d drop out and have to fumble around a bit to get back into the proper radius and re-join the journey.

Considering that the technology is brand new and cutting edge, I can easily look beyond a couple of minor blips and appreciate this glimpse into the future possibilities of the breakneck-speed development on the frontier of virtual reality technology. ■