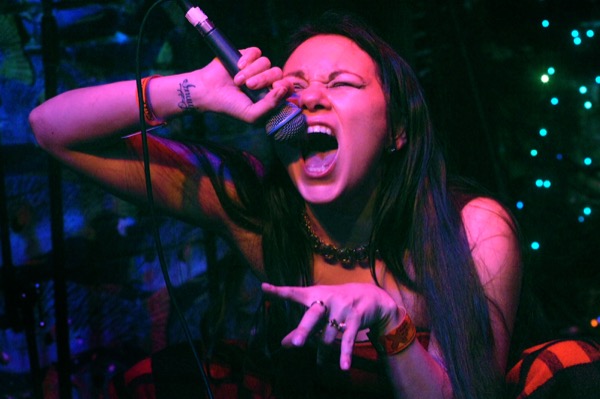 Mile Ex art  and technology space Eastern Bloc launches its annual Sight & Sound festival tonight with a party featuring a participatory performance of “Murmurate” by Tim Shaw and Sébastien Piquemal, in which audience members use their smartphones to connect to a website that allows each phone to broadcast a unique part of a dynamic audiovisual composition that’s experienced differently by each participant as they move through the space. 7240 Clark, 6–10 p.m., $10/$8 reduced

The Montreal International Black Film Festival opens today with a screening of a documentary about Maya Angelou, And Still I Rise, a selection from the Sundance Film Festival by directors Bob Hercules and Rita Coburn Whack. Also on tonight’s program is a tribute to prominent black Canadian director Clement Virgo (The Book of Negroes). Imperial Cinema (1432 Bleury), 7 p.m., $25

Head to Foufs for this month’s edition of Beaux Dégâts, the Old vs. New School edition that sees six teams of artists — including Katie Paglialunga, Mono Sourcil, Wzrdgng and Charles-Félix Neron — live-painting new canvases as the audience votes for their faves using empty beer cans. DJs Branche Collective, Stram and Advss will be manning the decks. 87 Ste-Catherine E., 8 p.m., $5

Montreal electro-rock trio We Are Wolves launch their fifth album Wrong tonight at Matahari Loft, with opener Void Republic — check out our We Are Wolves review here. 1673 Mont-Royal E., 8 p.m., $10/$15 with CD in advance, $15/$25 at the door