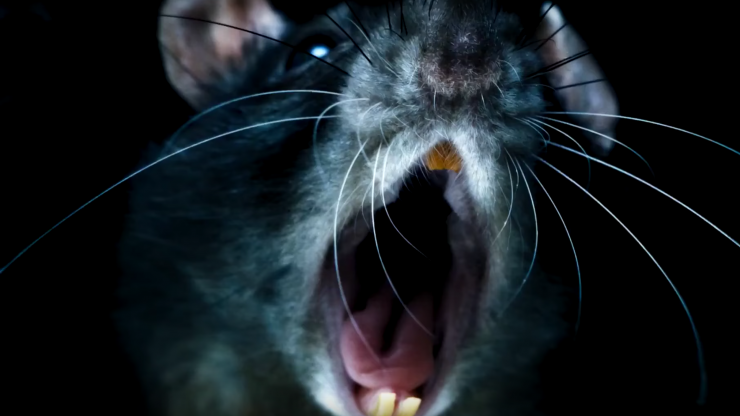 An interesting piece popped up at Variety a couple of days ago positioning this year’s TIFF as a disappointment based on the relative paucity of big distribution deals. There are a couple of reasons why this should be taken with a grain of salt: Variety is a trade publication, first of all, and it exists pretty much exclusively for the purpose of assessing the financial possibilities behind films. The second reason is one that Variety acknowledges: that many films arrive at TIFF with a distribution deal already in place.

This does raise an interesting question as to the global status of TIFF. If you’re a buyer or a writer for a major publication who does Cannes, Sundance, Venice, Berlin and the rest, a festival like TIFF holds much fewer surprises than it does for me, but what exactly is the alternative?  The Variety article quotes a distribution executive who says “most of the films are terrible,” which has not been my experience, but then again I’m not in the business of making money from films. It’s interesting that the idea of a marketplace within a festival was once the most vehemently criticized aspect of the thing (a problem that plagued even the FFM from its beginning) and is now used as a barometer not only to judge the success of the festival but also the quality of the programming.

Anyway, today’s my last day in Toronto and thus second-to-last day filing reviews — but don’t worry. FNC and RIDM are just around the corner. (Maybe the “don’t worry” is more for me than for you.)

Super Size Me’s Morgan Spurlock turns his camera towards the remarkably fertile topic of rats around the world: vermin in North America, hunting trophies in England, delicacy in Vietnam and worshipped in at least one Indian temple. Spurlock spends some time with scientists who study the genetic mutations that have allowed rats to somehow become immune to rat poison, with NYC’s pest control unit as they train new recruits in finding rats (spoiler alert: it’s not very difficult), with Indian slum dwellers who form a rat-hunting posse that takes disturbing pleasure in hunting them down in massive piles of garbage and cracking their spines, and with Cambodian rat hunters who catch them en masse and sell them off to a mysterious Vietnamese dealer for reasons they’re kept in the dark about (spoiler alert: they eat them).

Produced by Discovery Channel, Rats is very much a fun, down-to-the-ground doc exploring various unusual rat practices rather than, say, something David Attenborough might be responsible for. Spurlock has lots of fun playing with horror and disaster movie conventions throughout, and the scientific sequences of researchers pulling worms and disgusting larvae from the corpses of rats are some of the most potent body horror of the year. It’s fun and informative but it doesn’t have much of a thesis; apart from a cigar-chomping exterminator positing that rats will still be here when humans aren’t, it’s mostly surface-level location reporting. It’s compelling enough that it’ll give you yet another paranoia — given, of course, that you didn’t already have it.

Rats does not yet have a release date. 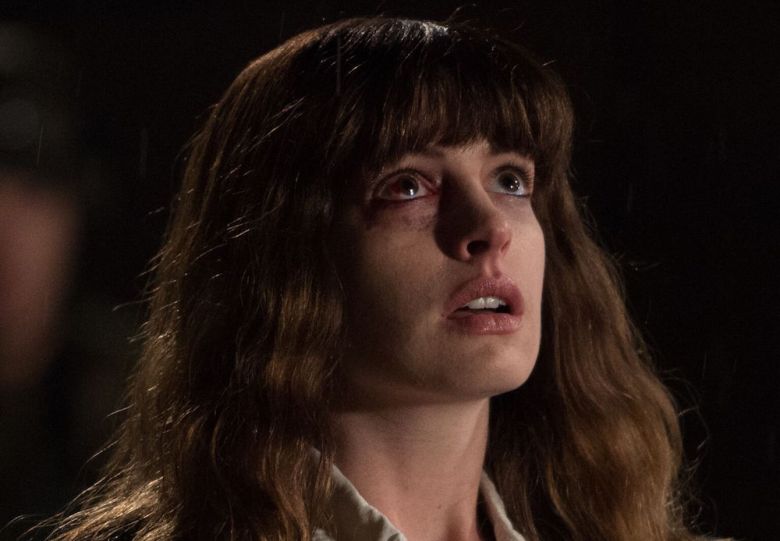 Here’s the weird thing about Nacho Vigalondo’s Colossal: I can’t make my mind up whether it’s a smart movie with dumb execution or a dumb movie that’s been flawlessly executed. There’s great subtext about misogyny, abusive relationships and entitlement, but the text-text sometimes feels like a direct transcript of a four-year-old making up a narrative while smashing action figures together. It has a very interesting concept, but basically any time it decides to explain things, it does so in the broadest and most lackadaisical way.

Gloria (Anne Hathaway) is left by her boyfriend Tim (Dan Stevens) after he tires of her constant partying. With no job, no money and nowhere to go, she moves back into her parents’ old house in her hometown where she reconnects with high-school pal Oscar (Jason Sudeikis). Oscar owns a bar in town, which gives Gloria a part-time job but also an excuse to drink, which the lonely and manipulative Oscar sees as a very good thing. Gloria’s plan of coasting endlessly does get complicated, however, when a giant monster attacks Seoul and she discovers, much to her dismay, that her early-morning drunken antics may be directly responsible.

The conceit of Young Adult meets Godzilla is so weirdly potent that it makes Colossal compelling even when the script is not. It requires us to buy into a pretty ludicrous concept and pulls it off, then spends the rest of the movie chipping away at our good will with whiplash-inducing character arcs and boneheaded exposition. (The film ends up explaining how the conceit of the giant robot came to be, and the reason is so deeply stupid that they would have been better off explaining nothing at all.) It’s rather entertaining in spite of it, with both Hathaway and Sudeikis moving away from their comfort zones, but it’s a shame that the script is so clumsy and incoherent when the ideas behind it are so strong.

Colossal does not yet have a release date. 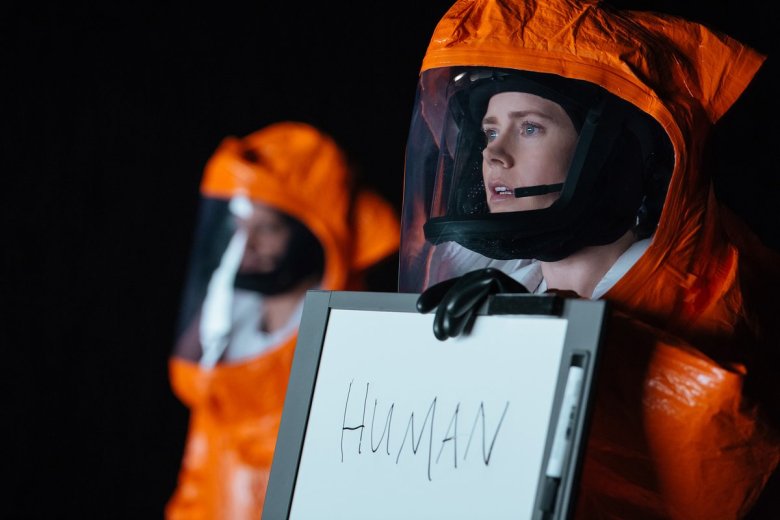 Denis Villeneuve’s American films have been incrementally growing in scope since his American debut a few years ago. Arrival is Villeneuve arriving at major auteur level, a globally scoped hard sci-fi that’s narratively massive but resolutely personal in its emotional resonance. Based on a short story by Ted Chiang, it’s the story of Earth coming to grips with the appearance of a dozen monoliths from outer space around the world. Its inhabitants do not appear hostile, but the American government enlists the help of linguistics expert Dr. Louise Banks (Amy Adams) and theoretical physicist Ian Donnelly (Jeremy Renner) to decode the aliens’ complex language and understand why exactly they’ve come to Earth.

It’s most analogous, I suppose, to Close Encounters of the Third Kind, but Arrival is really its own beast: a sci-fi film where the threat is mostly human, where global powers can’t agree on exactly how long to be peaceful before bringing out the big guns. Arrival posits that humanity’s refusal to see all humans as part of the same team is the greatest threat to its survival, and the film unfolds not like a disaster film but like a quiet drama focused mostly on the interactions between Banks, Donnelly and the aliens.

The other major part of the film is doled out in flashbacks as Banks remembers her relationship with her daughter, which functions as an emotional anchor in a film that’s very much driven by logic otherwise. I’ve always found the broadly emotional elements of Villeneuve’s film to be rather cold but here they’re part and parcel of the whole thing, and I have to say I left that movie significantly less decimated than I’d expected. That’s not to say that Arrival isn’t very good (it is) or that it isn’t likely to decimate you (it seemed to do a bang-up job of that, based on incidental evidence around me), but it cuts it a little too close to Interstellar’s weepy third-act for my tastes. ■

Arrival is set for release on Nov. 11.