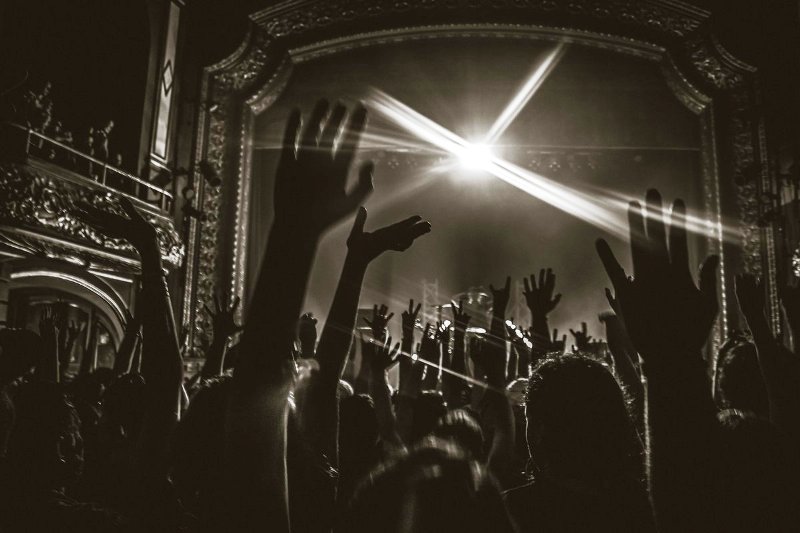 Five-day music festival POP Montreal has come and gone again, and while the epic party might be over, the sounds and the images from the series of sick shows and bangers are still ringing and flashing in our heads.

Here’s a stack of reviews of shows and events that went down between Sept. 21 and Sept. 25: 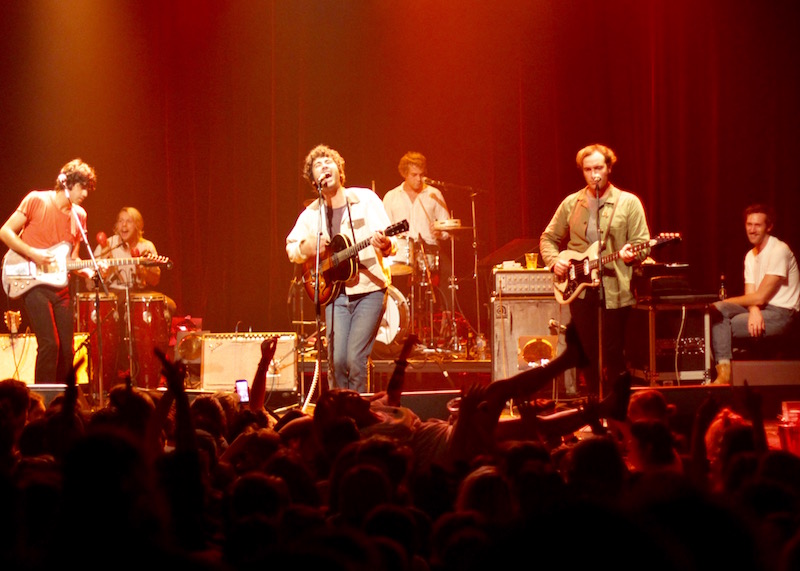 L.A. surf-flavoured garage band Allah-Las kicked off this year’s edition of POP Montreal just right, with the kind of old-school rock swagger that seems sort of hard to find nowdays. Their sound perfectly encapsulates the late summer energy, combining jangly surf and Spaghetti Western riffs with sneering lo-fi fuzz (think Shadowy Men on a Shadowy Planet mixed with the Sonics), and it sounded even better on stage at la Tulipe than it does on record. The packed room agreed, as evidenced by a raucous and escalating frenzy of crowdsurfing. Pulling from all three of their full-length records from their self-titled 2012 debut to the newly released Calico Review. Next time these cats breeze through town, make sure to get your tickets early because they’re worth every damn penny. (Lisa Sproull)

For their debut Montreal show, American Lips seemed like they couldn’t care less – though I’m pretty certain they cared a lot. Bass and vocals were effortlessly locked down by the flawless and chill Jessica Bruzzese, and drums by DFA1979-er Sebastien Grainger (equally flawless and chill). Getting guitar genius Adrian Popovich (of Tricky Woo) out of his decade-long live show retirement was definitely long overdue. The trio blasted through a set of straight-up punk rock, with all three singing gang-style vocals. The black-jean-jacketed crowd definitely appreciated the vibe, to the extent that one guy decided to get on stage to snap some cellphone pics. With full awesomeness, Grainger unabashedly chewed him out after the song was done, because it was the right thing to do. Carry on, American Lips, carry on. (Natalia Yanchak)

With an OG grunge aesthetic, the Toronto-based Bankruptcy played POP for their first Montreal show. Satisfying shredding and crunchy guitar (and synth) tones drove the band’s performance, fronted by Thrush Hermit alum Rob Benvie. Highlights included the radio-worthy “Swim for the Light,” with a dreamy guitar hook and rave-like synths, and personal favourite “Barfed-Up Candelabra,” with dystopic, prog-rock leanings that translated easily to the stage. What really made this set inspiring was the solid musicianship. Drums by Jeff Luciani were heavy yet tight, and the tasteful guitarmonic interplay between Benvie and Wayne MacPherson’s rad tone-bending skillz was totally legit. I had fun watching these guys play because they reminded me what makes music great: soul. A post-new wave, transcendent experience. (NY) 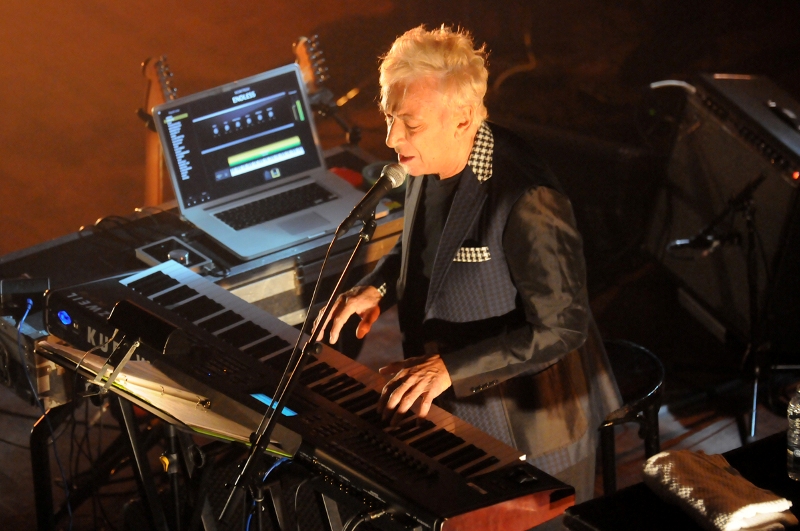 Given that John Cale’s chameleonic post-Velvets career has taken him from country rock to musique concrète, synth-pop and dirty glam only to settle in recent years on a pink-haired, septuagenarian variation of EDM, I was a little wary of his POP show. Cale is quite simply a living legend, a musician who has had a hand in shaping most of the sounds I love in rock music — but what exactly was he into these days? As it turns out, he’s settled somewhere in the middle of it all, fronting a four-piece band that nevertheless relies heavily on his own synth excursions.

With a setlist made up of songs from his whole career, Cale nevertheless focused on mid-tempo, synth-heavy reworkings that stretched and weaved familiar songs into new sonic territories. While not exactly a “it took me 22 minutes to figure out which song this is” Dylanesque situation, it did make a lot of the show feel a little same-y .When he strapped on a guitar for a rambunctious encore (“Gun,” from 1974’s Fear, leading into the Modern Lovers’ “Pablo Picasso”) it did make me wish that Cale had shaken it up a little bit more. Clearly in a good mood, Cale led the crowd in a hand-waving participatory exercise mid-way through the show — not something I’d expected, but when John Cale says jump, you don’t even have to ask how high. (Alex Rose)

D.R.A.M. is living his best life. The Virginia-born crooner had a huge summer ‘16, scoring a certified Gold hit, “Broccoli” (which topped all of Drake’s singles on iTunes, following last year’s controversy of the 6 God not paying fair credit to D.R.A.M.’s “Cha Cha” for inspiring “Hotline Bling”), not to mention a stellar guest appearance on Chance the Rapper’s Coloring Book. With the odds in his favour for being next to blow, it only seemed right that he would make an appearance at one of Canada’s most ahead of the curve festivals, POP Montreal.

Following a clear appreciation for Montreal’s weed and women at the bar area of the Rialto Theatre, D.R.A.M found his way downstairs to the venue’s stage around 12:30 a.m. for what was undoubtedly the highlight hip hop event of the festival. In his 45-minute set, he failed to distribute any levels of low energy, even when performing the SZA-assisted slow jam, “Caretaker”.

The intimate, 200-something person crowd had the event feeling more like a family gathering than a show at times, especially when the rapper would tell the crowd “If you love your mama say ‘yeeeah doe!’”, between every song. Despite his relatively new presence on the scene, it already seems safe to say that D.R.A.M. knows what he’s doing, and is here to stay. Honorable mention goes to DJ Windows 98 for his last minute fill-in following the 69 Boyz issues at the border, and Uniiqu3 for an electrifying jersey house set later in the night. (Max Tennenbaum) 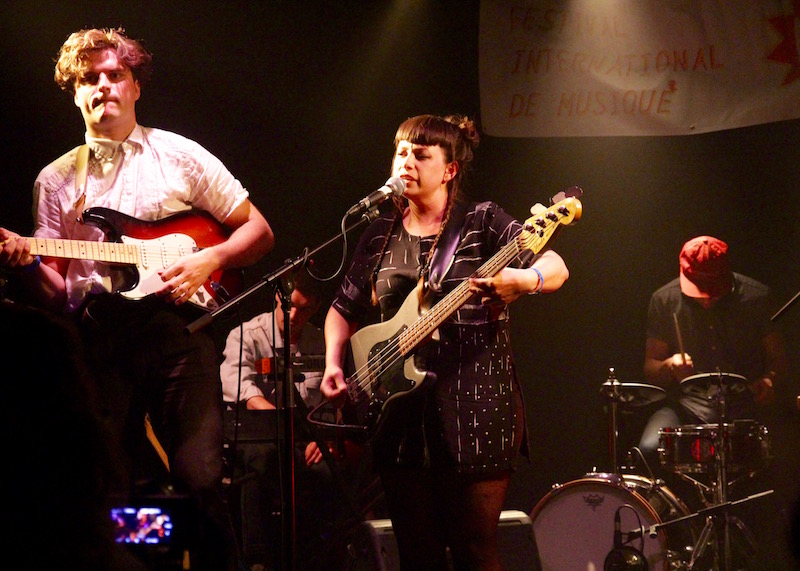 I’ve been trying to make it to this up-and-coming Montreal band’s live show for awhile now, and after a number of failed attempts I made it a point to get to Saturday’s Art Not Love showcase extra early to catch their opening set and I was not disappointed. Playing songs from their newly released EP Threads (plus a new, waltzy number that was my favourite), the group led by bassist Tessa Dawn K has a clean, synthy, dreamy yet still catchy pop sound that showcases the wide range of Dawn K’s clear, evocative vocals. Here’s hoping the band starts showing up later on in line-ups so the latecomers can see them too! (LS) 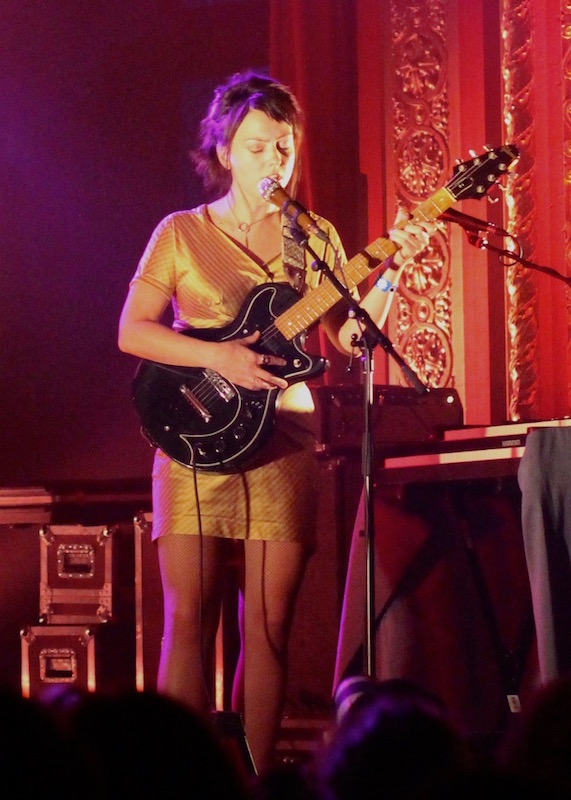 I knew I was going to love Angel Olsen. Her stellar new album has been on heavy rotation chez moi since coming out, and when she stepped onto the stage at the opulent Rialto Hall in a Patsy Cline-recalling gold wrap dress I was a goner right away. With a five-piece backing band (that included women on bass and keys), she easily filled the stage with a heavier rock sound than what’s on the album, punctuating her one-of-a-kind country-tinged voice that’s part Neko Case, part Chris Isaak and yet all her own. The sellout crowd was completely silent as she sang heartbreaking songs about longing and failed love-until she made us laugh by comparing our grand theatre to the Titanic. And like the doomed ship itself, it seemed our time with her was far too short. (LS)

An inviting showcase starring two promising local acts and an erstwhile Montrealer currently in the 416. The latter is Patrik, who came with an enthusiastic entourage in the audience. He’s a rapper who sings his own hooks, not unlike most new artists from his neck of the woods. His crooning could use some work, but his rapping was on par with the Jazz Cartiers of this world. Next up were Strange Froots, a trio of singer-songwriters who described themselves rather aptly as “alternative chill soul.” First backed by bandmate Naïka Champaïgne on guitar and then a DJ on a laptop, the fully bilingual vocalists effortlessly manoeuvred through rap, folk and R&B in a smooth Soulquarian or Digable cadence. The sort of show you can’t help but smile during. Call it backpack, or just plain fun. Finally, Smileswithteeth brought something a little more atmospheric with their live-action sound collages in the headlining slot. A duo – later a trio with a singer – where one twitched and toggled various samples while a drummer played strategically arhythmically. It was a short set of only a few songs, but enough to suggest they’ve found a unique sound that works for them. (Erik Leijon) 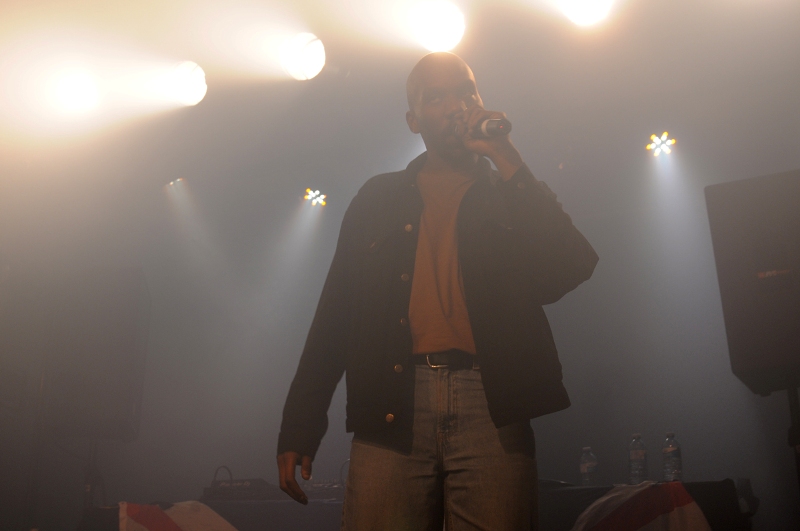 For about an hour, a mostly empty SAT felt like a warehouse venue in England the night before its shuttering. London-based DJ Kode9 offered a crash course in all things grime, a genre just celebrated at this year’s Mercury Prize, but hardly thought of here. Grime records don’t do it justice, I discovered. In Kode9’s hands, the beats were jagged, harsh and chaotic, while the MCs were otherworldly.

Just prior, Dean Blunt and DJ Escrow’s Babyfather mystified. With lights pointed at the crowd, it was Blunt who was largely obscured thanks to an epic amount of smoke. He slowly paced across the stage, occasionally stepping on the Union Jack that hung halfheartedly from the DJ table. Blunt was reactionless, reciting aggressive lyrics in a hushed monotone. It was so thoroughly British: dryly humourous, self-effacing, weirdly prideful, very dark, musically rich, highly experimental and often confusing. You can’t really dance to a Babyfather set, but you can stand around uncomfortably while thinking about punching Nigel Farage in the teeth. But where were the bodies on the floor? Montreal used to go wild for these sorts of eccentrics. (EL) 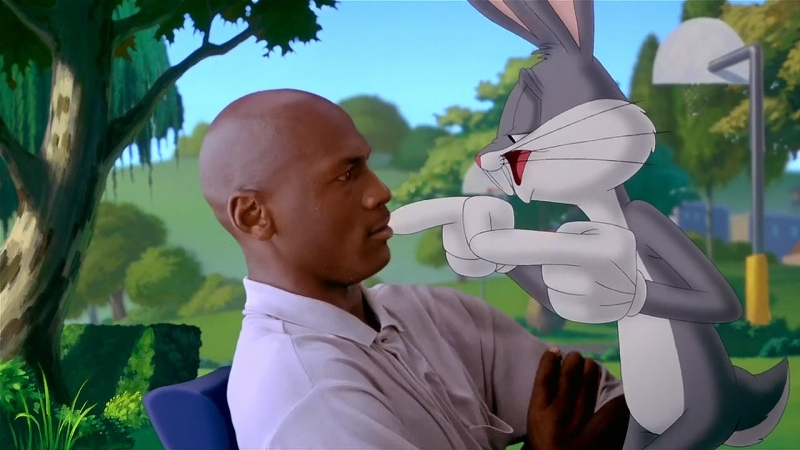 In what was initially supposed to be a screening held directly after Win Butler’s POP vs. JOCK all-star basketball game, a miscalculation of timing resulted in this 1996 cult classic being shown in a primarily empty McGill gym.

“It’s a movie I watched a whole lot.”, said Film Pop programming director Ariel Esteban Cayer on his decision to include a screening of Space Jam in this year’s line-up. “I’m not a sports guy at all which is strange, but something about the mixture of sports and basketball made for not an earworm, but an eyeworm that I would go back to very often.”
Space Jam is one of those films that gets progressively weirder and more wonderful with every viewing. Equipped with horrific acting from various golden-era NBA stars (Michael Jordan and Charles Barkley in particular), arguably one of the best ’90s soundtracks (which spawned a number of Billboard Top 10 hits, most notably R. Kelly’s “I Believe I Can Fly”), and a number of subtle-yet-frequent scenes with innuendo, the film is truly a one of a kind phenomenon. (MT)

Walker’s already turned some heads because his goofy Twitter/public personality meshes strangely with his brand of pastoral, spacey folk in the vein of very serious Brits like Nick Drake and John Martyn. It’s a difficult comparison to avoid when listening to Walker’s records, but his live show betrays a love for loopy, heady guitar jams that places him in closer company to messed-up guitar heroes like Sandy Bull or Gabor Szabo.

Walker was on-stage for a little over an hour, yet he only played five songs: trippy, spaced-out versions of his album songs that verge from delicate finger-picking to cataclysmic shredding. Accompanied only by a stand-up bass and drums, Walker sometimes toes the line between self-indulgent noodling and transcendent psychedelic landscapes. Those expecting to come have a little English pastoral cry into their cardigan may have been left unmoved, but Walker defies all expectations and labels. (AR)