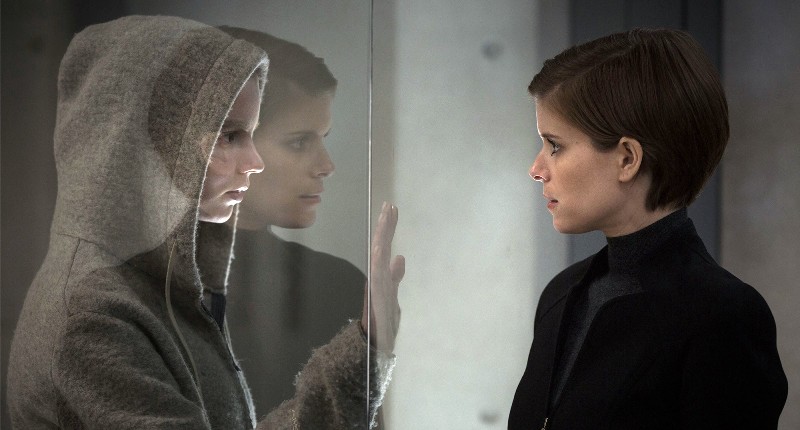 It’s tempting, both as a viewer and a critic, to cynically reduce films (and particularly genre films) to their elevator pitches: it’s Halloween at Hanukkah, it’s Assault on Precinct 13 on a cruise ship, it’s Jaws meets Independence Day. Admittedly, Morgan brings a lot of films to mind; its elevator pitch, however, would probably amount to little more than a long string of titles that would tell you nothing about this movie. After all, you can chuck ground beef, blueberries, chickpeas, peanut butter and mustard into a bucket, you’re not going to create a burger meets a pie meets a curry meets a PB & J meets a hot dog. In a lot of ways, director Luke Scott transcends his obvious influences in Morgan, but one particularly egregious one looms large: The Twilight Zone.

Lee Weathers (Kate Mara) works as a corporate risk-assessment manager. She’s sent in to analyze investments and figure out whether or not their risk is worth the financial investment. What she’s sent to investigate deep in the woods is more than just a merger or an acquisition — it’s a person, sort of. Morgan (Anya Taylor-Joy) is a scientifically created organism, a human born from a test-tube with superhuman strength and growth abilities. She’s been shepherded by a bunch of scientists and various caretakers (Toby Jones, Rose Leslie, Michelle Yeoh, Boyd Holbrook, Michael Yare and Chris Sullivan) in deep seclusion in the woods. Despite their better judgement, they’ve grown to accept Morgan as a type of surrogate child, which complicates things when she has a violent tantrum that injures another doctor (Jennifer Jason Leigh). It’s this incident that prompts Weathers’ visit. 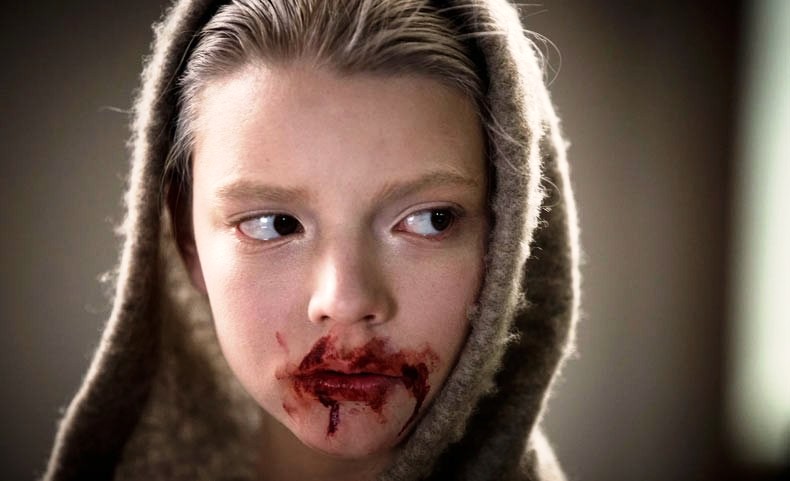 It’s kind of an absurd powerhouse cast (Paul Giamatti also has a small role) for what essentially amounts to a pretty good but overlong EC Comics story. The director (Ridley Scott’s son) proves the apple doesn’t fall too far from the tree from the film’s first moments, which recall Alien in their depiction of a ragtag working relationship and move towards Blade Runner in the characterization of Morgan. Scott does more than lift ol’ Daddo’s style, though. He proves to be quite the gifted visual stylist, moving from cold, grey interiors of the bunker to lush exteriors — the film was shot in Ireland, though it certainly could’ve fooled me if you said it was B.C.

I also appreciated former Montrealer Seth W. Owen’s economical script, which doesn’t waste too much time setting up the conventions of this world or setting up tragic backstories for its cast of characters. That dynamic efficiency makes the film expeditive but not particularly organic — it seems to work extra hard in the last act to wrap everything up with a neat little bow. Comparisons to Ex Machina are inevitable, but Morgan doesn’t have much in common with that film’s sense of philosophy and morals.

At a trim 90 minutes, Morgan is pretty much exactly the same length as an episode of Black Mirror (the current heir apparent to the Twilight Zone throne), so it would be fairly pointless to say it would’ve worked better as an episode of an anthology. For all intents and purposes, it pretty much is. ■