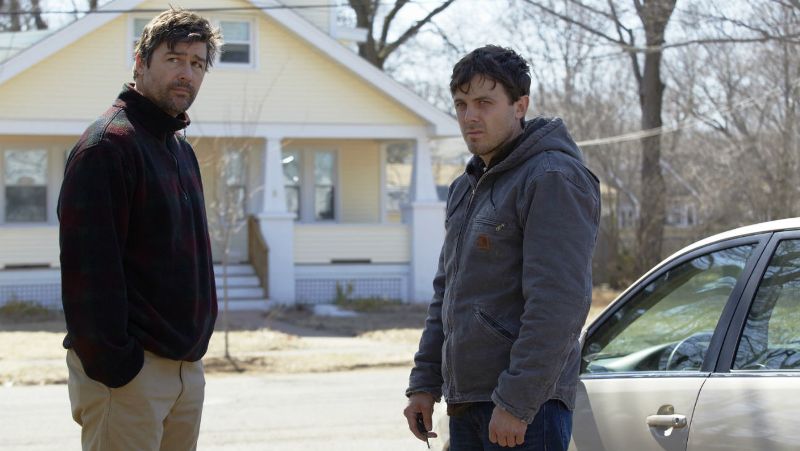 Kyle Chandler and Casey Affleck in Manchester by the Sea

Today is the day that the press herds begin to thin out. Though TIFF continues until Sept. 18, the majority of press junkets and other such things are over and everyone seems to breathe a little easier. Getting turned away from press screenings (as I did yesterday with the insanely buzzed Moonlight) happens a little less and, since most things have already had at least one P&I screenings, reporters are less hectically beating their heads against the wall trying to scope out scoops and hot takes. It’s almost pleasant!

I missed all the screenings of Julia Ducourneau’s Midnight Madness film Raw due to scheduling conflicts (still one screening on the day I leave), but nothing brings me more perverse joy than hearing that multiple people passed out during the screening. People can boo, hiss, give you a 10-minute standing ovation, go on Twitter and reduce your film to a pithy one-liner, but there’s no review quite as pure as just conking out involuntarily from how viscerally gross a movie is. It’s weird to build anticipation for something six days into a festival, but Raw has managed it.

Manchester by the Sea

I don’t make movies. Though that was my ambition when I was younger (and probably, on some level, still is), it’s not a part of my everyday life — and yet I sometimes find myself walking out of a movie feeling a mixture of awe and jealousy. The overwhelming feeling there is “I wish I’d made that movie,” and it happened to me when I walked out of Kenneth Lonergan’s Manchester by the Sea. It’s ostensibly the fairly simple story of a troubled Boston man (Casey Affleck) who works as a janitor in an apartment building until he learns that his brother (Kyle Chandler), a fisherman in their native harbour town of Manchester, has died of a heart attack. He returns to Manchester to sort things out and particularly to take care of his nephew Patrick (Lucas Hedges), despite a painful past in town that tortures him every day.

What’s set up as a dramatically obvious “you can’t go home again” story gets complicated by the emotionally fraught, inherently messy way that Lonergan writes. He writes movies like novels and fiction like life, with all of its meandering plot strands and undramatic encounters. His characters are full of contradictions, and their actions in one scene don’t necessarily betray what they’ll do later on. When people fight in Manchester by the Sea, they never have a cutting remark to place at the right time — they trail off, stammer or make an unclear point. Things you think will pay off in a nice little dramatically satisfying package rarely do and, while the film is sometimes emotionally trying (it’s one of the only films so far this year to give me an overabundance of the dreaded feelz), it’s never corny or obvious. I loved both of Lonergan’s previous films, but this is his magnum opus.

Manchester by the Sea is slated for release on Nov. 26. 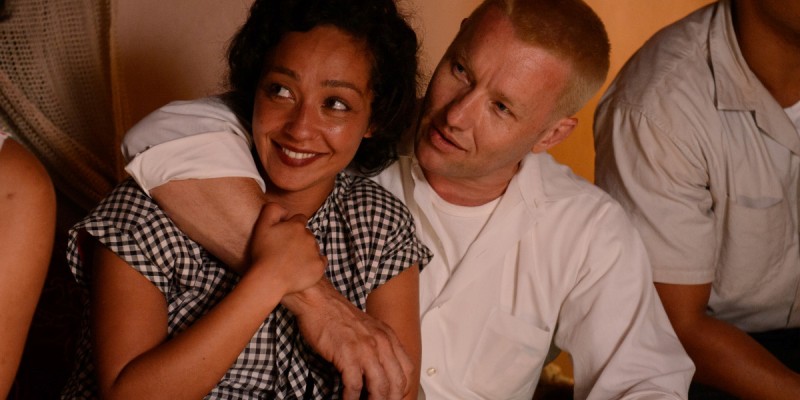 Despite steadily climbing the ranks towards the A-list, director Jeff Nichols has never gotten much awards attention. That’s poised to change with Loving, his exceedingly polite and stately civil-rights drama starring Joel Edgerton and Ruth Negga.

It tells the story of Richard and Mildred Loving, an interracial working-class couple from Virginia who get married in 1958 without the knowledge that their union is not only not recognized by the state, but actively illegal. They’re essentially banned from the state for 25 years — if they’re ever found to have re-entered together, they risk being arrested and jailed. Exiled to the city with their three children, the couple eventually come under the attention of an ACLU lawyer (Nick Kroll) who seeks not only to overturn the conviction but affect change at a constitutional level.

The smartest choice Nichols makes is in depicting the story entirely from the Lovings’ point-of-view. It’s less a court drama (there are, in fact, very few courtroom scenes) and more of a character sketch. Both the leads are quiet and reserved, showing mostly steely resolve in the face of adversity for years and years. It’s affecting but not particularly dramatic in that sense, and Nichols sometimes struggles with shaping a dramatic structure out of their decade-long ordeal. Still, it’s a touching look at a frankly incomprehensible chapter in the ongoing story of American racial injustice, but kind of disappointingly restrained for Nichols.

Loving is slated for release on Nov. 4.

The Autopsy of Jane Doe 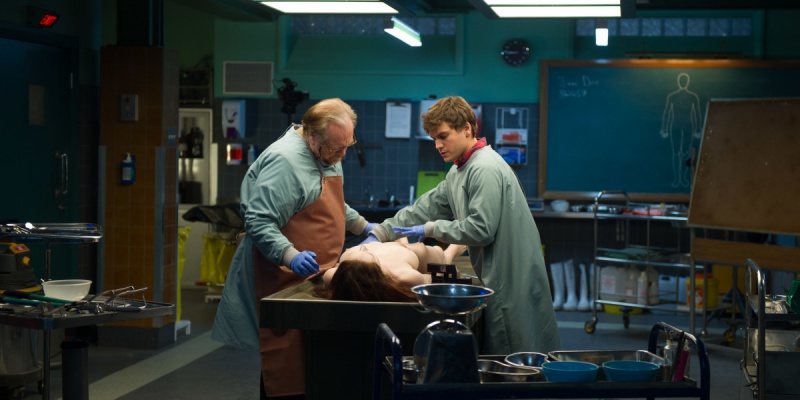 Brian Cox and Emile Hirsch in The Autopsy of Jane Doe

I love horror movies, generally speaking, but spooky boogens don’t necessarily get to me in the way they do other people. I can enjoy a horror movie but am very rarely scared by it, which is not something that I can say about Andre Overdal’s The Autopsy of Jane Doe, an effective though lopsided chamber piece.

Brian Cox and Emile Hirsch play a father-and-son team of morticians who decide to stay in late to attend to the autopsy of an unidentified young woman. Every element they analyze seems impossible and, as they progress with the autopsy, they soon realize that any and all hope of a logical result is, shall we say, overly optimistic.

It’s pretty clever to centre the film around the nitty-gritty of an autopsy; it means an almost-automatic avoidance of expositional clichés AND it’s spectacularly gross, which are both good things for a horror movie to have. Cox and Hirsch have an easy rapport that also elevates the more procedural nature of the first half. Things, however, get more familiar in the second half, which ratchets up the ridiculousness (and the overblown BWOMMMMS that comprise the score) in a more conventional and ultimately slightly disappointing way.

I would have loved to see a movie that’s 100 per cent comprised of an autopsy from start to finish, but it’s hard to fault the filmmakers for making something people want to see. Large swaths of The Autopsy of Jane Doe are actually pretty creepy, though, which puts it far ahead of most horror movies of this caliber. ■

The Autopsy of Jane Doe does not have a release date.