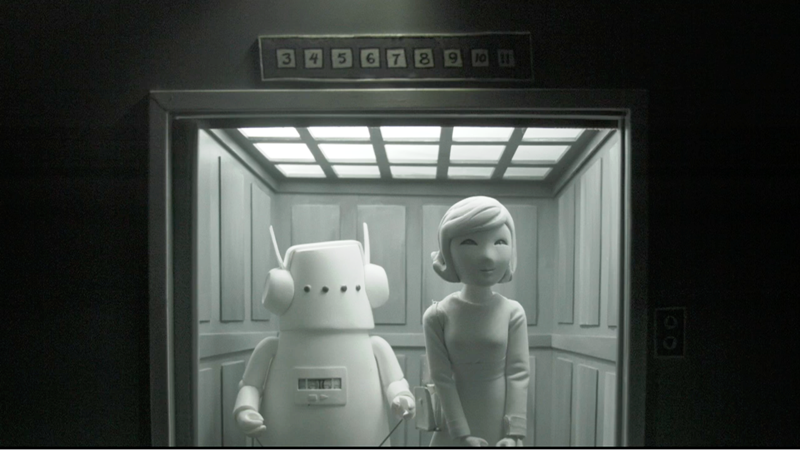 Montreal-based DJ, producer and composer Kid Koala has spent the past two-and-a-half years touring the live adaptation of his 2003 graphic novel Nufonia Must Fall across Canada and the U.S., and this weekend the production comes home to Montreal for a six-show stint at Place des Arts.

Though at its core Nufonia Must Fall is a classic love story with an endearing protagonist (a music-loving robot threatened by impending obsolescence), translating the narrative to the stage is an endeavour of dizzying complexity. Each night, the dialogue-free story is brought to life through specially engineered puppets navigating through some 20 miniature sets, while the entire thing is filmed Hollywood-style with four cameras and projected live in real-time on a large LED screen above the stage, with Kid Koala and the Afiara String Quartet performing a live score.

The unique approach to the show, directed by Oscar-nominated production designer K.K. Barrett (whose film credits include Her, Where the Wild Things Are, Lost in Translation and Being John Malkovich) allows the audience to experience the story as a theatrical production, a movie, a concert, and a behind-the-scenes filmmaking demonstration all at once. 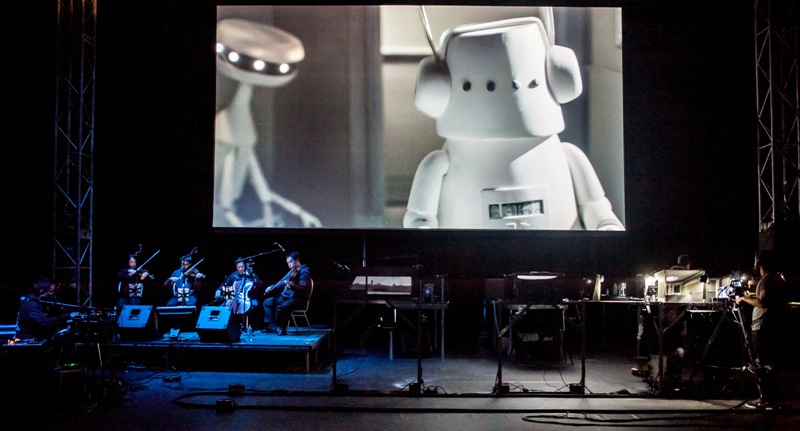 “With our team of techs, cinematographers, puppeteers and musicians, we’re creating this movie live in one take,” Kid Koala (aka Eric San) tells me during a visit to his Petite-Patrie studio where the Nufonia sets, puppets and equipment are waiting for showtime. “It’s projected on a screen above the stage, so at any point you can watch the film or glance down on the theatre stage and see how it’s all coming together, so you kind of have this look under the hood whenever you want.”

Kid Koala and Barrett initially considered creating one film of the story that could be toured with a live score, but the prospect of creating a dynamic live show that must be experienced in-theatre was too tempting a challenge to pass up.

“Nufonia is something you have to leave your house and go to the theatre to experience,” says Koala. “People ask when we’re going to release the film, but that’s not the point — the point is to come and see it happening live, and be a part of that audience witnessing that and interacting with us. We try to localize each show and really bring people into that moment. That’s the power of theatre, that it’s happening right there. The technology to shoot it live has come to a point where it’s not completely inaccessible budget-wise to try to put something like this together, so we just went for it.”

Localizing the show for the hometown crowd is easy — the original graphic novel has several settings that will be familiar to Montrealers, from metro stations to the local diner (based on the Plateau’s popular brunch and burger spot l’Anecdote) to the lookout atop Mount Royal. Though, in keeping with the retro-futuristic tone of a story with a robot protagonist who spends his days listening to vinyl records on a portable turntable, these local landmarks (along with the rest of the production’s sets) are rendered in a dreamlike grayscale that’s as reminiscent of the concrete and steel of a cold and lonely urban jungle as it is of the timeless black-and-white Charlie Chaplin films that set the bar for broadly appealing entertainment for Kid Koala — films he recalls watching with his family as a child.

“A Charlie Chaplin film can work over the ages and over the generations,” he says. “Even now you can throw one on and it will still be a very satisfying experience. That was one of the goalposts for Nufonia — can we do this Chaplin-esque robot love story live, with puppets and four cameras and a string quartet?” 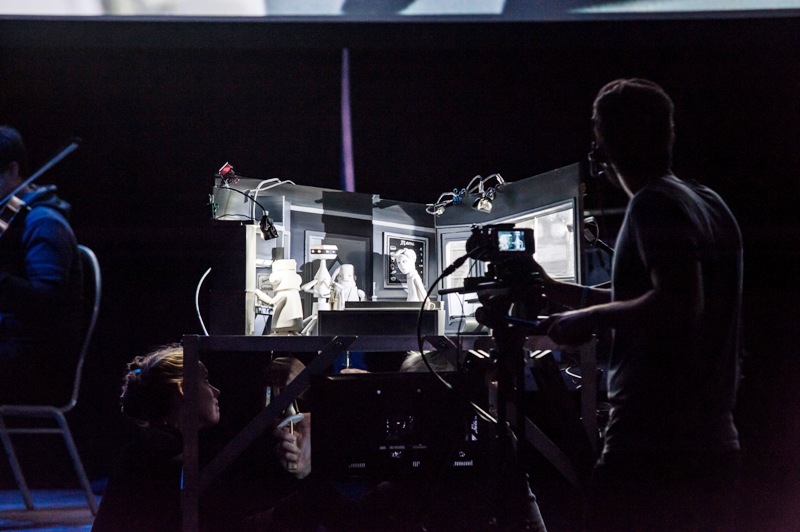 One of the biggest challenges of the production was to engineer the puppets in such a way that their movement mechanisms would be as invisible as possible, and to synchronize their movements with both the cameras and the musicians. To co-ordinate all of these elements, several different puppets were created for each character, in different sizes and with different capabilities, all of which were engineered by a team of Montreal puppet-makers led by Clea Minaker (who previously collaborated with Feist, Little Scream and the Canadian Opera Company) and Patrick Martel (a professor of contemporary puppetry based at UQAM’s theatre department).

“I feel we’ve lucked out and met some of the really great talented people in the city to join us on this adventure,” Kid Koala tells me. “Montreal is such a hub for creative types in general, it’s a great place to build a team. I’m really excited that we finally get to perform Nufonia at home, especially since so much of the crew is from here.

“What’s really exciting about the show is that it’s really just one organism,” he continues. “People in the audience can feel how every part of the live show has to synchronize. It’s a very elaborate choreography really, and it’s very exciting for me as a musical performer. It’s absolutely a different context than, say, DJing a dancefloor or playing at a music festival.

“We’re trying to keep that intimate feeling in the room — that’s why we’re doing multiple shows in a smaller room instead of one night in a giant hall. We want people to have that closeness with the performers. Technically speaking there’s a lot going on, but the feeling is really just to try to take the audience on a narrative journey and hopefully they’ll get involved with the characters and get swept away with the feeling of it. At the end of the day, it’s just a good fun night out, that’s what we’re trying to do.” ■

Enter a contest to win tickets to this show here.