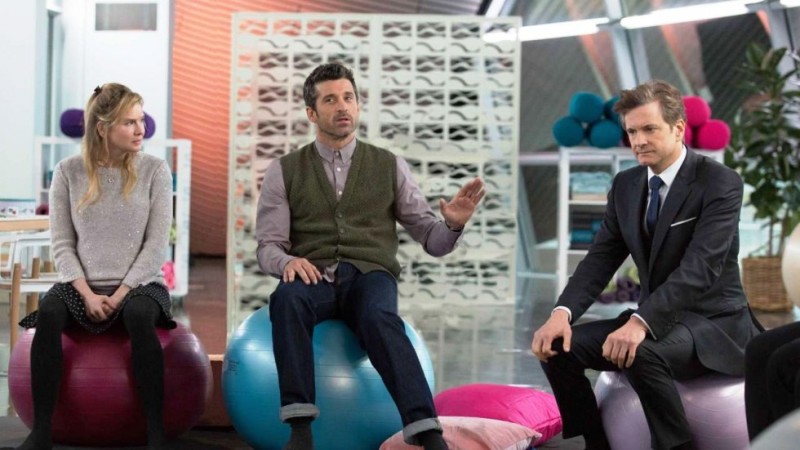 Coming over 10 years since the last time Bridget Jones graced the screen, Bridget Jones’s Baby is unexpectedly charming. With a sharp script and a mostly on top of things cast, the movie bounces along with a level of class and charm that has stood the test of time.

Bridget turns 43 in the film’s opening scene. Still single and faced with an uncertain romantic future she resolves to throw herself into her work but that plan hits a snag when she gets pregnant and is unsure who the father is.

The world has changed a lot since 2004 and the film derives a handful of its humour from the updated media workplace where buzzwords and cat videos have overtaken real news. What could easily have come across as boomer badgering works surprisingly well, largely due to the cynical apathy provided by millennial stand-in Kate O’Flynn, who steps in as Bridget Jones’s boss. With eager ambition and a rigid hairstyle, O’Flynn exemplifies the new media voice that treasures clicks over nuance.

Rather than moan and groan and rely on the lowest common denominator humour, the film focuses on playful banter. In this generation head-ramming which tackles a sullen media cycle without much substance, the script does not lose track of the thick-skulled media that it has swiftly eclipsed. As scary as change may seem, empty nostalgia is not much better.

In spite of some of the millennial-toned humour landing, some of it works less well. An early cameo appearance at a music festival feels so out of pace with the film and retreads the tired joke of falling out of touch with youth culture by way of Bridget believing one of the world’s most famous musicians is her Starbucks barista. The film’s final act similarly has a number of jokes that for their casual racism (among other things) feel off-tone, though some of it is dispelled through self-awareness that does just enough to drown out the mightier-than-thou tone of the privileged upper class and conservative mindset. Overall, the script mostly wins out and as familiar as it may be, it handles character and humour with a classic Hollywood lightness that delightfully veers towards the absurd.

Above all else, though, what makes the return of Bridget Jones so worthwhile is the returning cast. Renée Zellweger and Colin Firth enliven the screen, playing slightly more grizzled versions of their former screen presences. The affection and care that went into building the characters unfolds quite beautifully, making each emotional beat resonate sincerely. Their tumultuous but affectionate repartee feels familiar without being redundant, and even uninitiated audiences will sense the innate chemistry between them.

Patrick Dempsey, on the other hand, doesn’t quite fit. Taking the playboy torch from Hugh Grant as a billionaire love guru, his performance centres around a manic obsession with sweeping romantic gestures and wellness parables that often feel like he’s stepped out of a Bret Easton Ellis novel equipped with sinister sociopathic tendencies. The audience still cheered when he pulled off his shirt, but as human as Zellweger and Firth are in this film, Dempsey is anything but.

Overall, Bridget Jones’s Baby will please fans of the franchise and those starved for a non-Heigl rom-com. Sweet without being saccharine, the film doesn’t offer very much new but hits more than it misses. A worthy diversion to lose yourself to, the film respects both audience and character, an increasing rarity for franchise material. ■