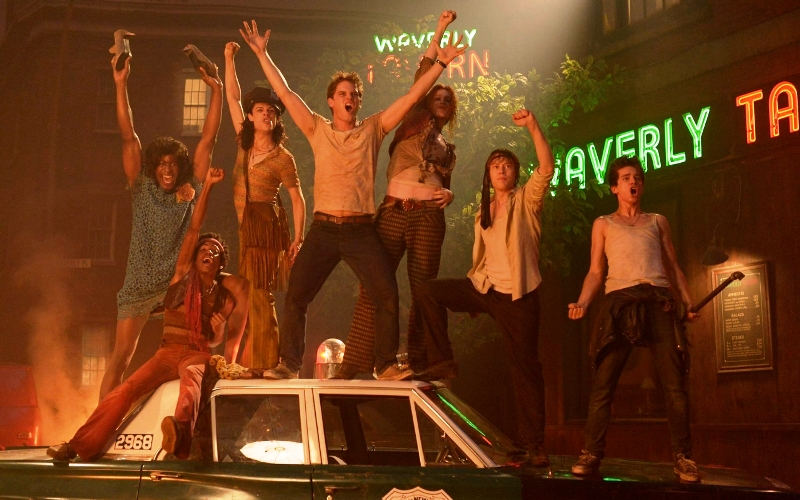 Does Montreal play itself? Nope.

Notable local talent: There are quite a few local actors scattered throughout. The most prominent role goes to Dawson grad Vlad Alexis as Cong, one of the members of Danny’s entourage. Mark Camacho plays Fat Tony, the second-in-command gangster running the Stonewall, while actors like Larry Day, Frank Schorpion and Kent McQuaid show up as cops.

Most egregious local landmarks: It turns out that the production pretty much built the Christopher Street location from the ground up, which means that not a lot of Montreal pokes through. There are a couple of scenes shot in the Old Port and one where the characters escape a hotel that appears to use LHotel on St-Jacques, based on the building across the street (that perennial Made in MTL fave Théâtre Saint-James). Rural scenes were shot in Howick.

Watching the tides of public opinion turn on Roland Emmerich’s Stonewall was truly a sight to behold. When the film first went into production in town in 2014, spirits were high. Early set reports spoke of a lovingly recreated Christopher Street, local actors proudly advertised their involvement in the film and everyone seemed rather chuffed that the openly gay Emmerich was treating the topic with care and respect.

Just before the world premiere at TIFF in 2015, however, things got darker. LGBTQ activists called out the film (which was, at this point, mostly just a trailer) for its whitewashed heteronormativity, and when the TIFF schedule dropped, the screening was relegated to the last weekend of the fest, when 90 per cent of the films have already premiered and almost all of the international press has gone home. When Stonewall finally limped into theatres soon thereafter, it was demolished and died a quiet, undignified death. (I’m not even sure the film had a release in Montreal, though it may have been pretty low-key.)

I would love to tell you that all the shit that was heaped on Stonewall was undeserved. The whitewashing and generally clumsy politics of the film are but a small part of the many things that are fundamentally wrong with it. I think that, for most people, a love of film blossoms at roughly the same time that you realize that movies don’t just “happen” and are in fact the results of thousands upon thousands of conscious decisions — but then sometimes you get a movie like Stonewall, which so frequently seems like it’s just happening with no one running the show.

Bohunk farm boy Danny (Jeremy Irvine, never quite getting a grasp on the accent) arrives in New York City with the intention of attending Columbia University, but his family situation has become fraught after he’s caught messing around with a teammate (Karl Glusman). Arriving in New York early with no money or support system, he winds up on Christopher Street, the bohemian mecca populated almost exclusively by gay and trans (a pretty murky concept in 1969) young men. He falls in with a gang unofficially led by Ray (Johnny Beauchamp), a troubled young hustler who’s immediately taken with Danny. Danny, on the other hand, feels more comfortable in the arms of polite activist Trevor (Jonathan Rhys-Meyers), whose clean-cut and “straight” (so to speak) ways clash with his friends’ more freewheeling lives. 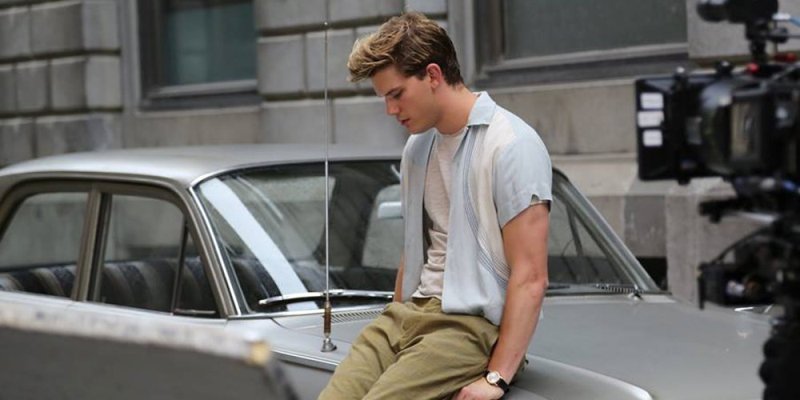 Much of the criticism surrounding the theatrical release of Stonewall was concerned with the whitewashing of history. Danny is eventually depicted as the catalyst for the Stonewall riot (he literally casts the first stone), which is not how it went down because Danny is a completely fictional creation. This is hardly unheard of in historical fiction, of course, and Emmerich’s weaksauce excuse at the time was that an audience surrogate needed to be the blandest, whitest, most straight-acting conflicted gay guy possible in order for random straight audiences to identify with the film. This is bullshit not only because it presumes that audience members are incapable of relating to anyone that doesn’t resemble them, but also because Danny is the most boring, flattest character imaginable. Let me put it this way: if this was just a movie about beefy farm boys who go to the big city to discover their sexuality, Danny would still be the most boring permutation of that.

There are a handful of characters based on real people in Stonewall, including noted LGBTQ activists like Marsha P. Johnson and Frank Kameny, but even they are relegated to the sidelines in favour of Danny’s struggles. The supporting characters are much more colourful, interesting and indicative of the period, yet they function mostly as window-dressing. For most of these characters, being ostracized by their families was probably the first step in a lifetime full of injustices that lead to physical, sexual and substance abuse; for Danny, it’s the whole kit and kaboodle.

It’s plausible that someone like Danny would’ve been part of the scene in 1969, but to focus squarely on him is to tell the worst story possible. What should be an ensemble film (at the very least) instead turns into The Danny Show Featuring Some Other Loud Characters.

Stonewall is also frequently corny as all hell. The soundstage that has been used to recreate Christopher Street feels like something out of an after-school special. It’s as if the hermetic nature of the set (which is probably significantly gussied up, if the perpetual golden hues of light that it’s bathed in are any indication) forces everyone to act like they’re on Sesame Street, draped awkwardly over a stoop or sitting on a bench staring into space until the action moves their way. It’s not that surprising that Emmerich struggles with the nuances of the story given that something like 90 per cent of his output hinges on shit exploding. The final riot is actually marginally engaging, even if it ultimately represents nothing in the grand scheme of things — once the riot is over, we’re basically given no insight into its repercussions. Most of the characters are left behind so we can wrap up everything else that happens in Danny’s life.

There are swaths of Stonewall that have this ramshackle “we’re making this up as we go” feel. The accents are all over the place, the film frequently dips into flashbacks or flash-forwards with little rhyme or reason and the general style keeps shifting, as if each scene was made by a different director or by the same director after three month breaks. It’s not a matter of bad intentions or even that Emmerich fundamentally misunderstood the story he was telling — it’s like he actually didn’t have the foggiest idea how to go about it but did it anyway. ■