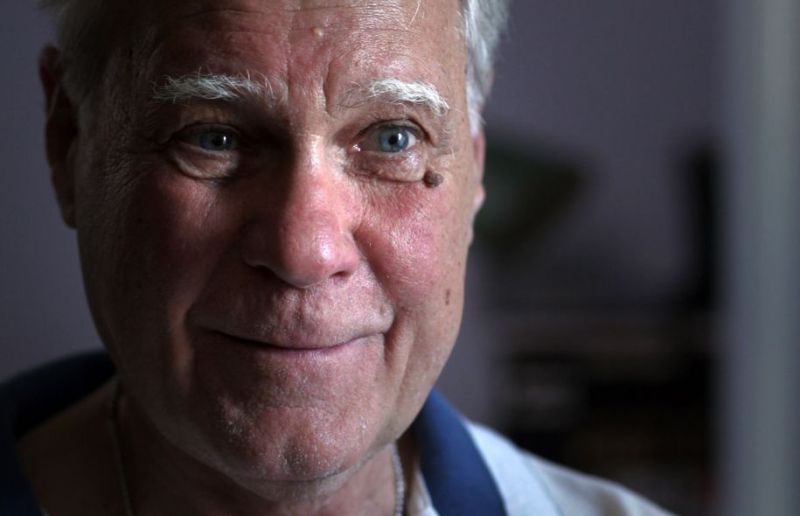 The traditional hippie narrative goes something like this: we tuned out, we had fun, we tried to change the world, the world tried to change us. Sometimes the hippies turned into the biggest capitalists imaginable, most became “regular” but a much smaller portion adhered to the hippie ideal for the rest of their lives. Martin Stone is one of those people.

“There was a real philosophy behind how he lived his life,” explains Stone Story director Jean-André Fourestié. “But beyond the good times, there were ecological concerns, women’s rights concerns… They fought for all kinds of things that did make an impact on society and even if the idea of the bearded hippie doesn’t really exist anymore, I think there are ideas there that really took hold.”

Born in the early 1940s and married early (as was customary in those days), Stone had two young daughters when he started travelling the country by bus and eventually living on Wavy Gravy’s Hog Farm commune in California. Now in his 70s, Stone lives alongside much younger roommates in a Mile End apartment that attempts to preserve the hippie ideal of communal living, of shared meals and bongofied deck jams, while his daughters live significantly more buttoned-down lives than their freewheeling upbringing may suggest.

Fourestié followed Stone and his daughters Jacquie and Debbie for three years, weaving together a portrait of lives inextricably marked by Stone’s continued adherence to the hippie philosophy. “Semi-retired” from a career as a taxi driver and subsequently a journalist, Stone ekes out a meagre living as a part-time security guard for a luxury condo building and occasionally as an actor (you can see him in Bruce LaBruce’s Gerontophilia or Alexandre Franchi’s The Wild Hunt as well as the English version of 19-2). Despite this constantly precarious financial situation (and the strain it causes on his relationship with his daughters), Stone is adamant that life is to be lived simply — and communally.

Fourestié knows a little something about it — he met Stone in 2004 when he himself moved into the fabled apartment at the corner of St-Viateur and St-Urbain. “When I arrived in Montreal in 2004, I lived with him for three-and-a-half years,” he explains. “I just found him through an ad. I kept going, even after I moved out, to have a drink or to jam. He was part of the family I created for myself in Montreal.”

Despite living with Stone for years, Fourestié didn’t know his daughters, whose stories nevertheless form the backbone of the film. “I reached out to them because I wanted to make a film about life choices, rather than a film about hippies sitting around talking about how great it was to sit around smoking joints. There were already a lot of those. Since they had lived the repercussions of those choices, had been collateral damage, through them we could really anchor the film in the present. I felt that there were some cracks in there — nothing’s perfect, of course — and that interested me as well.”

Despite the pre-existing friendship between Fourestié and Stone, the filmmaker kept his distance within the family dynamics that happen on-screen — which sometimes includes personal confessions made about another subject in the film. “I never felt like any of it was my business,” he says. “Whatever I heard… what I also have to point out is that everyone gave me carte blanche on an artistic level. I never showed them any rushes or anything like that. His idea is that if he’s free, then everyone else has to be free, too. Everything I could hear, I didn’t talk about it. What was most important was that the film remain a documentary, even though the second you turn a camera on… I had to let things happen without intervening. I never thought to force them to be in the same place in order to generate something for the film. It wouldn’t have been natural. It didn’t belong to me.”

Idealism is a big tenet of the hippie dream, but Fourestié’s film takes an honest look at repercussions, not all of which are necessarily positive. “I’m not trying to say that this is the only solution,” explains Fourestié. “I’m only saying that it’s a solution. Martin doesn’t represent all hippies — he’s not even a hippie anymore, really — but maybe his story can have some echoes. It can help you reflect on your own life. The answer isn’t necessarily to live communally with four roommates, but there might be a way to get closer to what we want.” ■