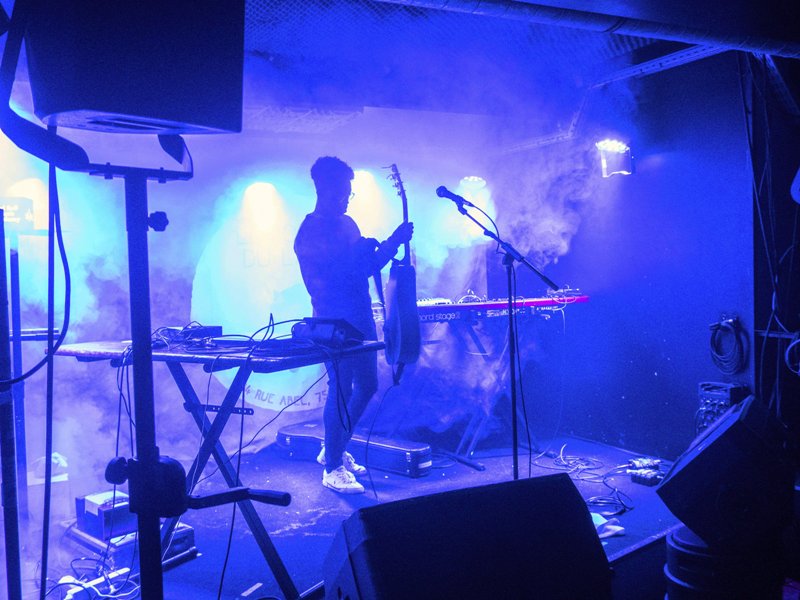 Corey K on stage at the RBMA 2015 in Paris. Photo by Jérôme Sessini, Magnum Photos

Hear ye, hear ye, music fans: the Red Bull Music Academy has chosen Montreal as the host city for its annual five week conference for selected students — 70 artists from around the world, including one Montrealer: Marie Davidson, a solo artist and half of the duo Essaie Pas — as well as shows and parties that are open to the public, from Sept. 24 to Oct. 28.

To see the line-up of public and an interview with Davidson, click here. Below is an overview of what the RBMA is all about straight from the mouth of founder Torsten Schmidt, a music historian who brings logic and order to a field of creation that sometimes gets lost in itself. This is what he had to say about his academy, 18 years into the game, when he spoke to us at RBMA 2016’s HQ, the Phi Centre.

“Well, why not? I wish I was like FIFA and people would send us nice generous gifts and cool watches, but that’s not the way things work around here. There is a bunch of talent coming from Canada at large, as we see from our past participants. We figured we’d kind of do that justice. Also, last time we did an academy in Canada, the overall set-up was not quite ready yet to honour the full history of music that’s relevant to us. So I guess we’re gonna try to build a little more on that. 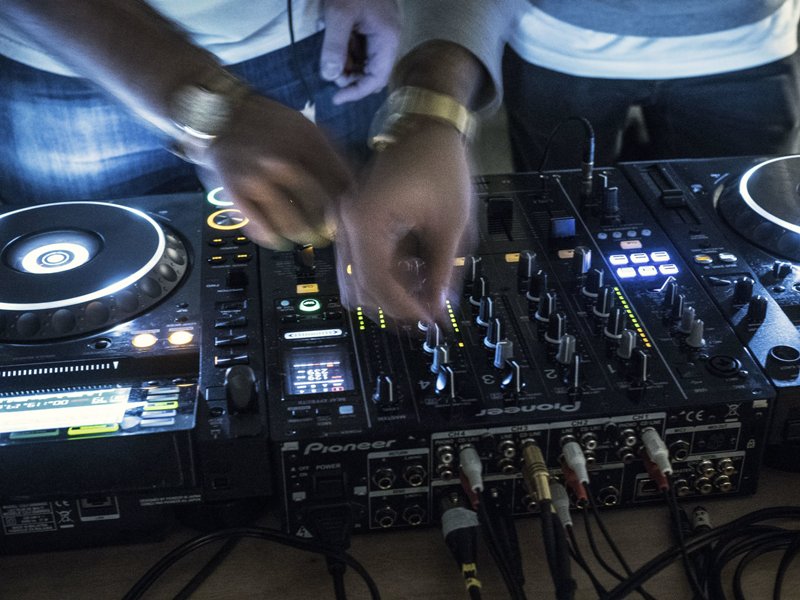 Detail from the RBMA 2015 in Paris. Photo by Jérôme Sessini, Magnum Photos

(It) presents an interesting opportunity because a lot of the people that kids in the forward-thinking music world are listening to now are Canadian. That certainly wasn’t the case 10 years ago. And even some of the biggest pop stars have interesting approaches, though I’m not quite sure that I fully agree on how they are reshaping some of those careers. Some of them would be strong enough on their own to continue without that.”

“Someone like the Weeknd gave a great promise of being a really interesting contemporary storyteller, and I guess we will see more of that in his future career, but at the moment I guess they’re trying different options. And obviously, there are people on a certain Toronto label that definitely create a lot of talk value.”

Montreal on the world stage

“A lot of the shows in those big music cities that we’ve been to, they weren’t the greatest nights out that we’ve had. The crowds in L.A., in Paris, in London, in Berlin, in New York are fickle as fuck. It’s like, come on, impress us. (That said) normal, regular club life in Montreal seems to be pretty healthy.”

“We always looked at it in a very broad way and didn’t necessarily distinguish between dance music (and other styles). I guess if we use a recent example, we re-aired the two-hour Bowie mix the other day, and you could link up to two or three hours of interviews with people who made those records and produced 15 of his, of which I would consider one a dance a record. Still, we felt all these people, whether it be Tony Visconti or Nile (Rodgers), should be people that young producers, even if they live inside their laptop, would absolutely need to hear because they would learn something fundamental from them.”

RBMA is for the children

“I was saying this to someone today. You do meet these people, producers who are like 19 and beat themselves up. ‘Oh, I can’t believe I only just learned about Arthur Russell. That’s way too late in my life.’ It’s like, so how old are you? I’m pretty sure the vast majority of people in this room right now, who all own over 10,000 plus vinyls, learned about Arthur Russell sometime around their 30th birthday.”

“As one of the best German MCs once said in the ’90s, like, so you start learning about this music, and you want to find the greatest samples and breakbeats out there, and it takes you a fuckin’ long time before you realize that it’s the album covers where everyone looks like a math teacher where you’ll find the real great stuff, and not the really great, suave, funky looking guys.”

A taste of discovery

“Bizarre little facts like Rod Stewart plays harmonica on ‘My Boy Lollipop,’ a record that changed the lineage of reggae more than any other single record. He’s the last person we’d expect on a reggae record at our age. But now someone would be like, ‘Oh, the weird guy on the A$AP Rocky chorus?’” ■