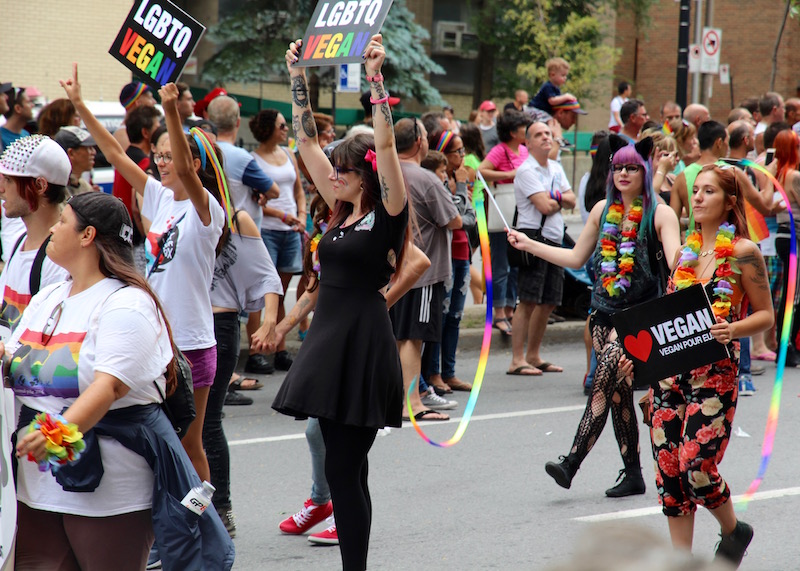 Fierté Montreal Pride wrapped its week-long celebration with the traditional procession of LGBT groups and businesses yesterday, bringing René-Levesque Boulevard to life with music, dancing, colourful costumes and floats and thousands of spectators under grey skies — luckily it did not rain on this parade.

Justin Trudeau made history as the first Canadian PM to ever participate in the festivities, and he was joined by Mayor Coderre and other politicians from all levels of government in showing support for the city’s LGBT community.

As the parade came to a close, there was a minute of silence for the victims of the Pulse Nightclub shooting in Orlando earlier this year.

Check out our photos from the parade here: