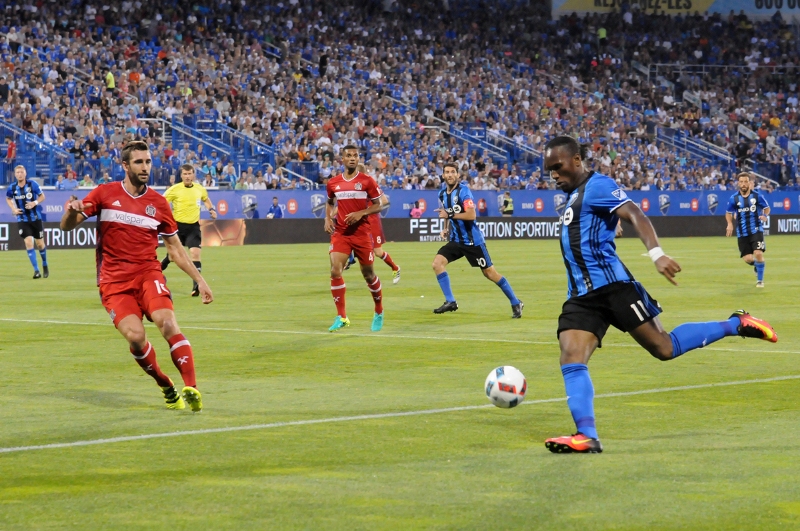 Saturday night is normally hockey night in Montreal, but it’s a different story in the middle of August. I headed over to Saputo Stadium to experience the other sports fandom in this city, the crowd of hardcore followers who cheer for our soccer team, the Impact.

On Saturday night, I checked out a game against the Chicago Fire. The moment you reach the stadium, you can see the line-up of big, loud groups in blue and white. When the line-up announcement starts, fans join in by chanting the last name of each player, players like Camara and Piatti, in unison. 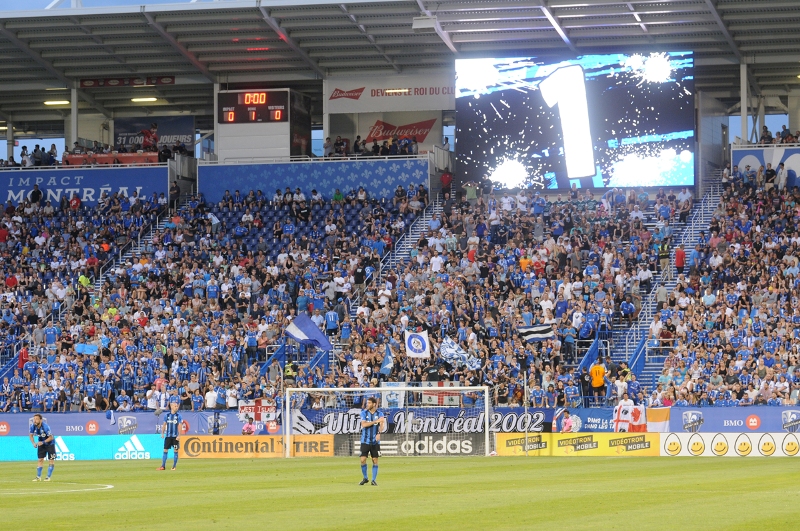 This despite the fact that Impact are currently on a losing streak (they lost to the Fire, the last place team in the league, 3-0) but are hopeful things will turn around for a playoff spot. They’re also currently on a sell-out game streak — even in the midst of festivals and the hustle bustle of summer in Montreal, 20,801 people still manage to trek out east for soccer.

We’re all aware that the Mayor is trying to revive and return baseball to Montreal, but in the meantime, soccer has slowly taken its rightful spot as the #2 sport in the city. It’s been a grassroots movement, but we’ve seen the popularity of soccer growing, from pick-up games in parks to big turnouts for special event games at the Big O. Most recently, last year’s CONACAF League final against Mexican team Club America got a turnout of 61,004. 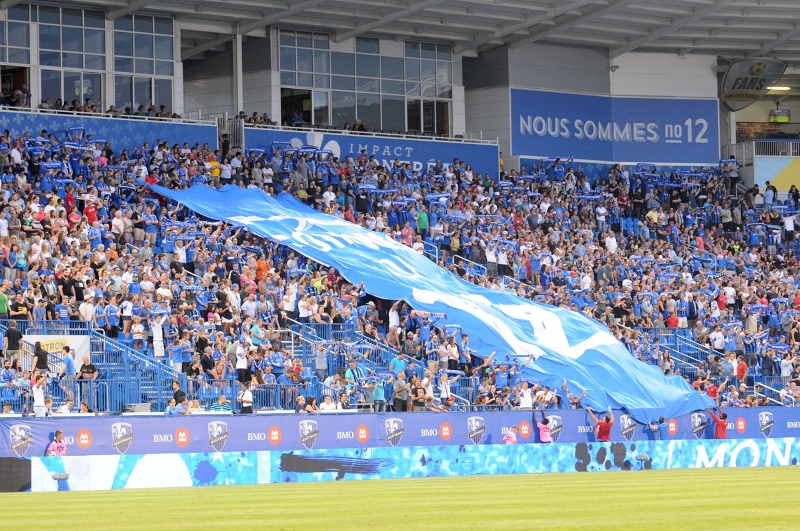 A Saturday night with a capacity crowd at Saputo Stadium was quite the experience. I was fortunate to have someone to give me Impact 101: The soccer crowd has, in the last few years, slowly become more family oriented than in its pre-MLS days. The fan gang known as the Montreal Ultras have been part of the Impact dating back to pre-MLS, and they were the easiest to find, being “the ones with the smoke flares” in the crowd (and who would miss a shouting shirtless man leading the chants throughout the match?)

On the other end of the field were the 1642 MTL crowd, a much newer, visual crowd with giant “buts” (ie. goals) signs and a marionette cheerleader. It was a duel of chants between them and the 127 Montréal crowd (in the 127 section) and the Montreal Impact Supporters Association, which is a go-to for new fans. To find out that there are four separate fan bases had me thinking that the soccer culture in Montreal is diverse and strong, representing what it means to be the “12th player.” 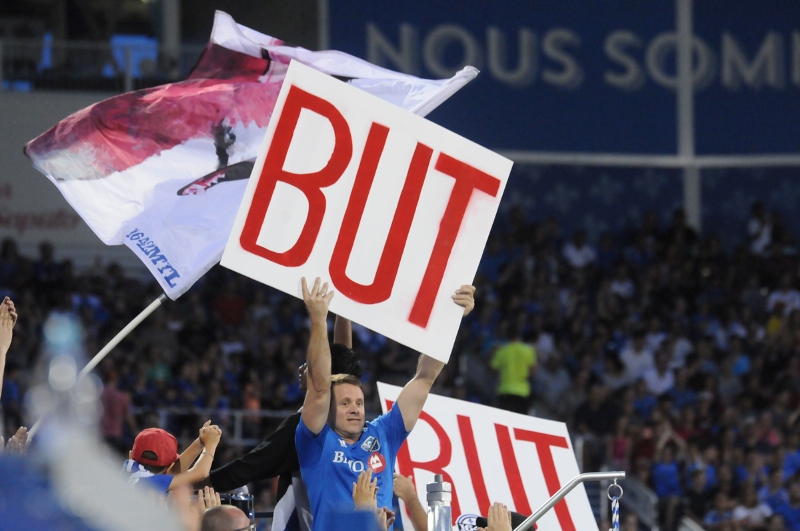 I was told it was a quiet night due to the loss. There were no flares this time, and no ringing of the North Star, which is a giant bell on the 1642 MTL side of the field whenever the Impact scores. Yes, I may have caught a quiet game, but the crowd got loud whenever a player got close to scoring chances, louder whenever Didier Drogba had possession of the ball, and louder still when fans gave the referee hell over a yellow card call on Drogba in the 70th minute. Drogba remains the main attraction for now, and will only stay until the end of this season, but his presence proves that the Impact can attract respected international players to Montreal.

Given my frustration with the Habs’ management, and maybe my South American roots (my parents are soccer fans), the soccer experience was refreshing, and quite the contrast to hockey — tickets are affordable and the fan base is loud and passionate (win or lose), yelling “Allez Montreal” even if the home team isn’t having a good night. With the warm night air, fancy footwork with little stoppage and such a supportive, festive atmosphere, the Impact (and its fans) left a lasting impression. ■