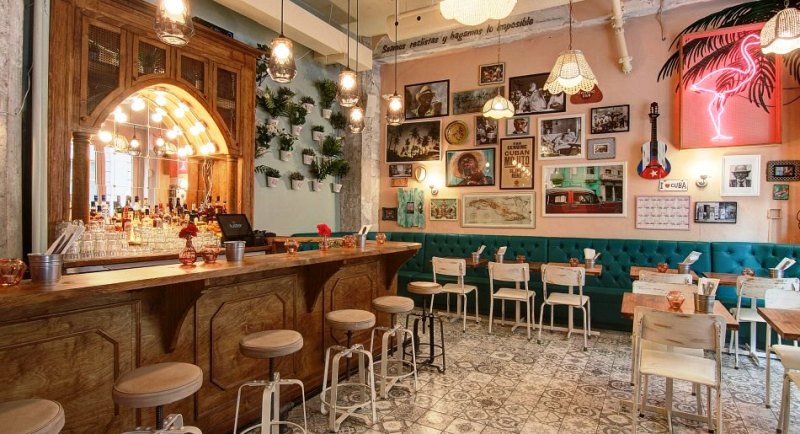 Picture yourself walking the streets of old Havana, crushing your last can of Cristal beer. It’s late, you’re hungry and food options are limited to stands that serve personal pizzas with sauce and queso, or medianoches, simple ham and cheese sandwiches thrown into a sandwich press. No dressings, maybe a salt shaker on the counter. As barebones as it may sound (food shortages for inland Cuba date back to the 1950s), these are quick, simple, casual and surprisingly delicious options sprung from a disparate Caribbean cuisine.

Downtown Montreal’s new Cuban café-restaurant-bar la Habanera does more than a good job of embodying the offhand and diverse qualities of Cuban food. “We have some authentic plates like the Cubano,” says Yann Levy, la Habanera’s co-owner and menu designer, “but it’s not the main focus. We want to offer street food with a twist in a street food environment.” 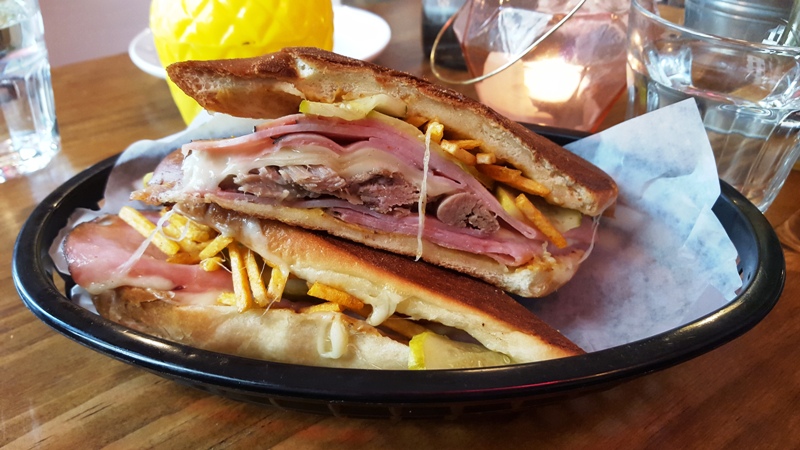 “Twist” may be an understatement. The menu, through Levy’s conception and inventive execution by chef Athiraj Phrasavath (also of Mercuri), demonstrates the influenced and evolving nature of Cuban food. Take their Québécois touch: As opposed to cheese/ham/chicken croquettes in a mashed potato casing, la Habanera’s version features smoked meat and cheese packed into balls of mashed yucca, served with a sweet artichoke and kumquat crema dip ($6). Their picadillo con platanos maduros ($10) — Cuban shepherd’s pie — uses mashed plantain as the base for their sweet and savoury beef and green olives, dressed with corn cream. Then there’s the aforementioned American presence via the Cubano ($9 for a mojo pork and ham sandwich topped with pickle, swiss, provolone and an intriguing smoked mustard), and a small but unbearably addictive nod to Cuba’s Chinese influence in the Cuban bao: fried chicken à la saffron and achiote farci and a seaberry-habanero salsa that adds a sugary ‘n’ spicy kick.

“We don’t like to do authentic cuisine,” Levy tells me. He’s referring to how he and his partners — Benjamin Bitton, Yossi Ohana and Moti Meslati — treat the cuisines of la Habanera and their other operations Biiru and Escondite as themes rather than instructions, from the ramen 2.0 with cheese curds at the former and nacho gyozas at the latter. I’ve heard purists call this use of tradition-as-theme confusing, even downright subversive, but the results don’t disappoint. 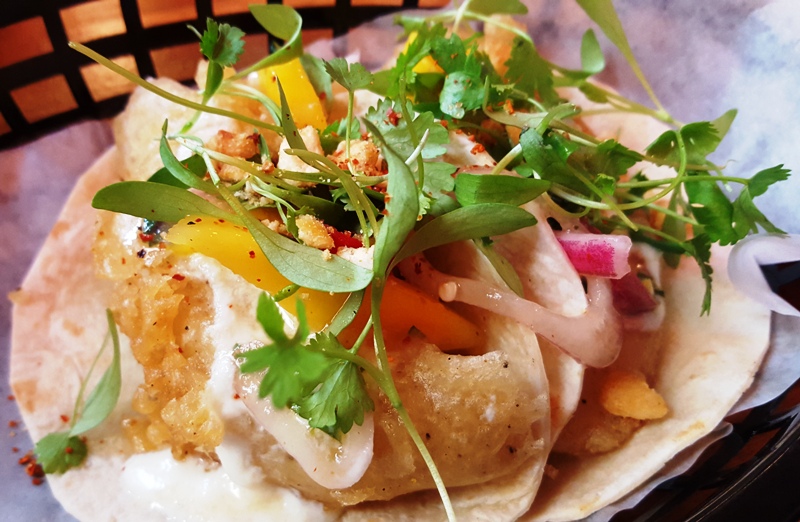 A couple more examples of that twist: The traditional tostones (fried plantain slices) have been shaped into cups filled with rum, coconut and garlic dulce de leche shrimps ($9) and the ropa de vieja (“old clothes” of pulled chicken) is served as succulent tacos as opposed to its original stew-on-rice form ($8 for two). Their cocktails include mojitos ($11 each) with mixes of blackberry, black currant syrup, violet or pomegranate juice, mango and tamarind. Suffice to say this is definitely no old-country mom ’n’ pop kitchen, but it works stupendously.

Levy goes on to explain that his restaurateur group wants “to offer an affordable product and experience. Sometimes when you go to a restaurant, you just want to disconnect a bit… for a moment, you feel like you’re not in Montreal anymore.”

The desired effect is there. Cuban salsa music plays on the overhead as you pop in to this 30-seater for a tapas-style meal. Neon, murals and nationalist decorations surround an art deco bar and tiny kitchen. It’s summer, the windows are open, and the food is quick, simple, casual and surprisingly delicious. ■