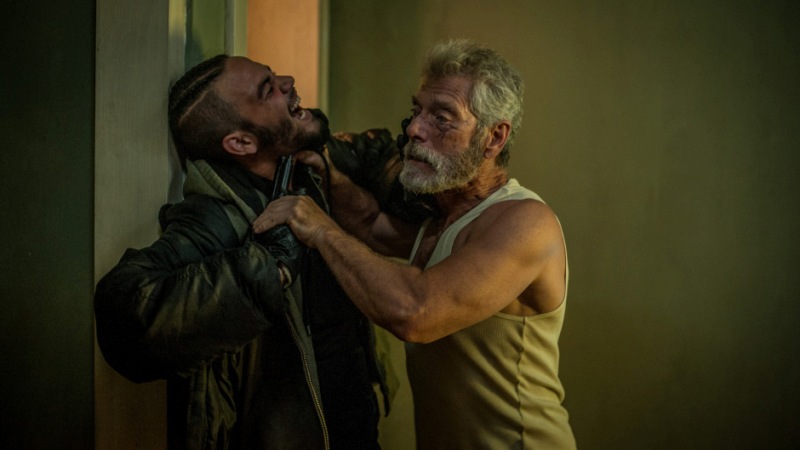 Fede Alvarez made a pretty noticeable entrance into the world of horror filmmaking.

Born in Uruguay, he only had a handful of low-budget shorts under his belt when he was personally selected by Sam Raimi to helm the long-awaited Evil Dead remake/reboot. Bandied about for decades with innumerable horror upstarts at the helm, this next chapter in the series was approached cautiously by the public, only to be released to generally positive notices and a healthy box-office take. Alvarez may have seemed plucked out of nowhere, but he proved he certainly wasn’t just any hack.

Alvarez follows up the success of Evil Dead with Don’t Breathe, a clever variation on the home-invasion thriller that fires on all cylinders. Rocky (Jane Levy), Alex (Dylan Minnette) and Money (Daniel Zovatto) are working-class teenagers who rob houses for a living. They get access to all the houses through Alex’s father, who owns a security company, and it’s through this company that they set eyes on the biggest heist yet.

Somewhere in a rundown section of Detroit lives a blind veteran (Stephen Lang) who’s sitting on a sizeable six figure amount of money after his daughter was killed in a road accident by a rich young woman. The robbery would be enough to settle their affairs long enough for Rocky to escape her abusive mother and flee with her younger sister to California. When they actually follow through with the plan, of course, they find more than they had bargained for in this supposedly feeble, disabled old man.

Home-invasion movies have become so codified in a specific way (masked attackers, vulnerable audience-surrogate victims) that Don’t Breathe feels, no pun intended, like a breath of fresh air. It takes the idea of a film like Wait Until Dark or Fleischer’s See No Evil and turns it on its head.

“It’s one of those strange things where I’m actually kind of surprised how surprised people are about that fact,” says Alvarez. “I get that a lot. Not just the fact that the film plays with who you’re rooting for — which is basically always a moral question of who you think is doing the right thing and who is doing the wrong thing — but, in this movie, who should live and who should die. I just find it fascinating that… if you look back at the Hitchcock movies or classic horror movies, everybody’s bad. It’s bad against worse. Think of Marion Crane stealing the money in Psycho — she’s a thief!

“It was always the idea at the beginning,” he continues. “Not really to have the audience not root for the heroes, but yes, to play with your idea of who is who. As you get to know them a little more — and the same with the Blind Man — your perception of them changes all the time. I think that’s an interesting way to tell a story, because what that does in a practical sense is put you in a place where you have no clue where the movie’s gonna end. (…) In a Hollywood movie, you usually get the morally correct ending — but here, you don’t know what that ending is!” 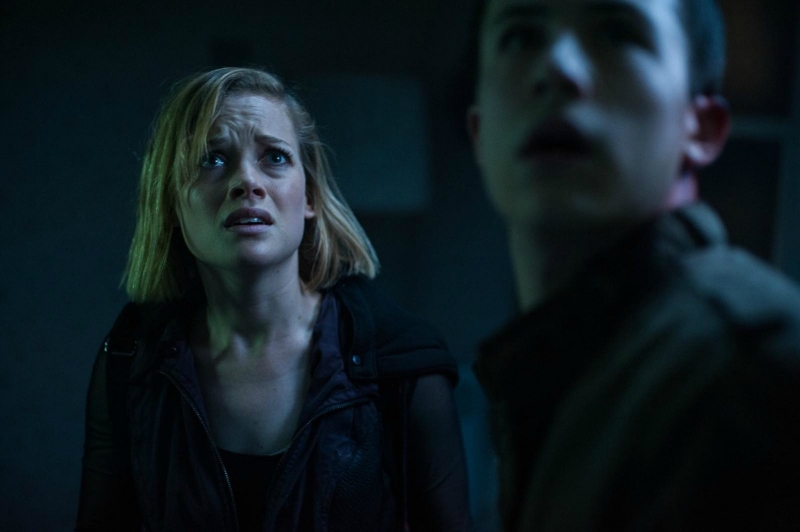 It’s difficult not to read some political subtext into the film. From its setting in the economically depressed Detroit to its depiction of a disabled veteran “standing his ground” so to speak, the film definitely spins some horror out of the current political situation.

“We moved from Uruguay to Los Angeles about three years ago, after Evil Dead came out, so we’ve been exposed to a lot of politics that we find fascinating,” Alvarez says. “At the beginning, it was fascinating, but now it’s just scary. Some issues are kind of similar as back home. In different states you have stand your ground laws and things like that. Every time I’d read in the newspapers that some robbers got shot, it’s shocking how we all get like, ‘Ah, well, good riddance.’ Some people think more about it than others, I guess, but I’d just think about whoever got shot was someone’s son or someone’s daughter, and why they’d end up doing that.

“Even in the trailer… If you read comments online on the trailer, half of the audience would go like ‘Well, they get what they deserved’ right away, right?” he continues. “They don’t know a lot about that story, but they jump to that conclusion right away. I actually tweeted a poll yesterday, I asked the audience who they were rooting for based on the trailer. And, unsurprisingly, so far, 55 to 45 per cent in favour of Team Blind Man. It’s so scary, because it’s like Trump… there’s clearly a feeling of he can do whatever he wants. It’s almost like they feel he should have unlimited power.” ■