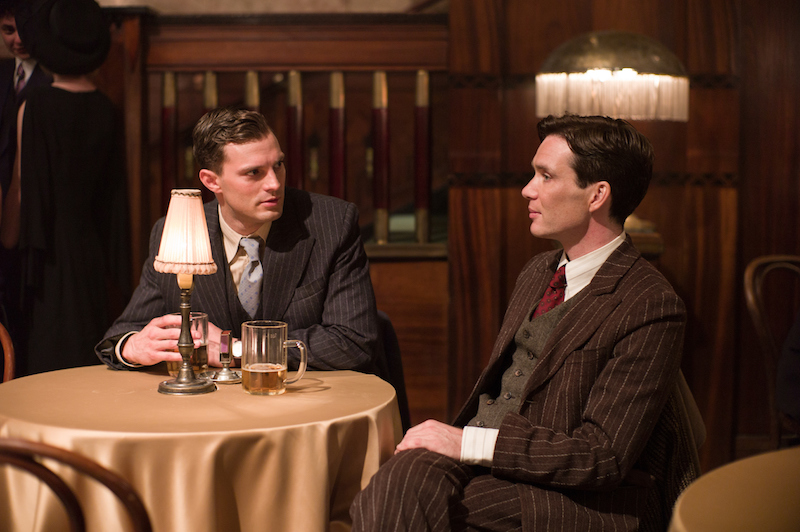 The sheer amount of WWII stories out there boggles the mind. It feels more than a little heartless to see one of the worst events in humanity as one of its most narratively fruitful, but the fact is that so much happened globally on scales both micro and macro during that half-decade that it will always remain a source of material. Case in point: I was not familiar with the story told in Anthropoid, where a handful of Czech soldiers orchestrated the assassination of a high-ranking SS officer, yet this is the sixth film to dramatize this event (two were made during WWII!).

It’s the latest film by Sean Ellis, a British journeyman director whose career so far has included Cashback, the horror flick The Broken and the Tagalog crime thriller Metro Manila. Working here as his own cinematographer, Ellis has more than a little in common with Steven Soderbergh, and now that Soderbergh is effectively “retired,” I wouldn’t put it past Ellis to pick up the mantle. If there’s anything to tie his films together, it’s attention to detail — he’s a filmmaker who’d rather string together 10 small moments than blow it out in a set-piece, though he’ll do that, too.

Jozef Gabčík (Cillian Murphy) and Jan Kubis (Jamie Dornan) are two agents of the exiled Czech government who are tasked to parachute back into occupied Czechoslovakia and assassinate SS officer Reinhard Heydrich. The job requires quite a bit of planning — they’re likely to only get one opportunity to pull it off — so the men are given a cover story with two local women (Charlotte Le Bon and Anna Geislerova) in order to work in peace. When they finally execute the plan, things go awry Heydrich is severely wounded but not killed, and suddenly the SS threaten grave harm on the Czech people as retaliation while the men go into hiding.

Those expecting a whizz-bang, Inglourious Basterds-type WWII action movie need not apply; the first hour and change of Anthropoid is methodical and slow-moving almost to a fault, with an almost clinical focus on the precision and repetitiveness of planning. It’s a lot of the same stuff that Ellis did in his slow-burn Metro Manila, but that film had the benefit of a slightly more vibrant, less tweed-and-elbow-patches aesthetic to guide it through.

Similarly, the character development is rather protracted early on in the film. We know little about the men from the beginning, and their relationships with the women only draw out that they’re very committed to the cause and kinda boring.

There’s something endlessly fascinating about doomed protagonists and true-life stories that will doggedly avoid giving you what you want. It’s obvious from the moment early on in the film when everyone in the resistance is given cyanide capsules that this won’t end well. I just so happen to have a soft spot for exactly this kind of historical thriller, as opposed to ; I enjoy it a lot more than something like Valkyrie, Bryan Singer’s big-budget attempt at telling a similar story, which was made even more boring and stuffy by its attempts at bombast. This is a small, grounded and admittedly slow-moving story that pays off in the end. Ellis shows a real knack for building tension out of the things that wouldn’t even make it into most movies; he goes for accuracy over showboating, and while that’s not necessarily to everyone’s liking, it’s a bold choice — and a pretty good movie. ■