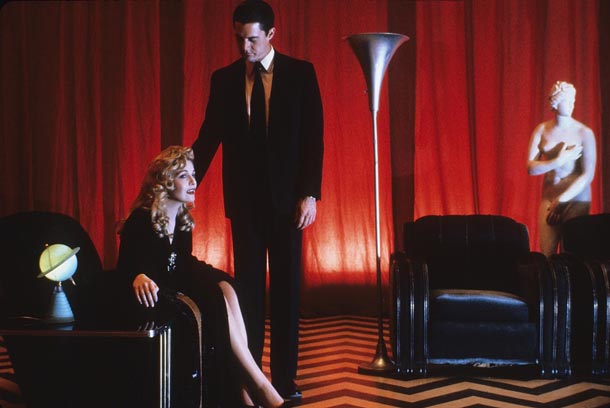 Sheryl Lee and Kyle MacLachlan in Twin Peaks: Fire Walk With Me

Why Lynch chose to direct a prequel to his TV series, Twin Peaks, remains as wonderfully mysterious, beautiful and strange as the franchise’s concept itself.

The film was my first experience with Twin Peaks. It was the late ’90s, I was maybe 12 years old, and I somehow snuck an R rated film by my mother from the local video store. I had heard it was better to watch the series before the film but I was ready to see anything by a director I had only been allowed to read about. I’d learned a little bit about Fire Walk With Me online (via 56K dial-up modem) and at Fish Creek Public Library. I knew the Badalamenti soundtrack as well and fell deeply in love with it.

Watching this film for the first time was like a surreal three-hour dream. From the beginning, I finally felt I had found a film that had the proper pacing, cinematography, sound design — everything. I loved it, especially the overlooked first half, which really resonated with me and still does. It must have felt fresh even to those who had known the series before seeing the film, as it dealt with a central character we never really got to know, and from a very different angle, yet still remained connected to the show.

I love the more serious note and darkness in this film and what it does to your overall sensitivity. It’s as if Lynch was almost dissatisfied with the more fun and goofy elements that the series revelled in over its short two seasons and finally made the version of Twin Peaks he wanted to make.

After seeing all of Lynch’s work and being impressed with some of it, I must say there is nothing better than the sadly underrated Fire Walk With Me in this director’s filmography. In the lead role, Sheryl Lee — who was once said to have “deserved an Oscar nomination just for showing up” by David Foster Wallace — is a sharp, elegant and dramatic performance and the brilliant Ray Wise is utterly terrifying and nearly alien. Every character from the series who came back to his or her role wears the fury and emotional garnishes that came with the tragic components of the show, and it works beautifully.

I can understand why some Peaks fans were disappointed with the darkness and let down by the absence of their favourite regulars. After I fell in love with this movie I managed to watch the series a few times over and still love to revisit it. But this film is a stand-alone piece in my mind. It needs no additional context, let alone a 30-episode series, to explain its mysteries. I remember feeling that the series was such a novelty compared to the film — not in a bad way, but the this film has so much to offer and invoke that the series clearly overstepped with cultural accessibility and lightness. Perhaps the film still clings to my mind more than the series, though I have revisited both almost equally over the years. The obsession grew more for me because of the film and the personal connection or affinity I had with it.

On an all too personal and mostly nostalgic note, I grew up in a removed suburban area of southeast Calgary called Lake Bonavista Downs. It was nice, but my particular part of the neighbourhood was detached, isolated in many ways from the more grand houses that backed onto man-made islands and lakes — and in more than some ways quite sad. 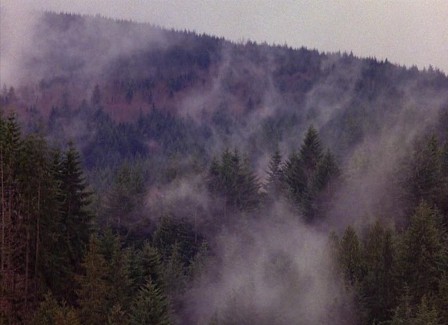 Our little neighbourhood could have been an episode of Twin Peaks. Amid all the serenity and nice houses was this evil and horror lurking beneath the lakes, the living room curtains, the backyard fences, something that kept us up at odd hours roaming the woods. That’s the only way I think I was able to relate to Fire Walk With Me. I know it looks good and in some ways it’s just a well put together thriller and even neo-horror film, but the concept of quiet and eerie suburban streets and schools and its lost children has always stayed with me.

Maybe I was lucky to live in that part of Calgary but maybe I wasn’t. Maybe it would be too surreal and scary to revisit these days, but I still love to revisit Fire Walk With Me — it reminds me of lots of things all at once. In some ways I guess I felt as lonely as Laura Palmer in this film, as dark and inhabited by ‘something else’ as Leland, and more than often drawn to the woods and trees that makes up this great film’s atmosphere. It is honestly one of the best film experiences you could ask for. Maybe it’s all one can do in a town like Twin Peaks, or a city like Montreal, where a yellow light still means slow down, not speed up, and no one is innocent. ■