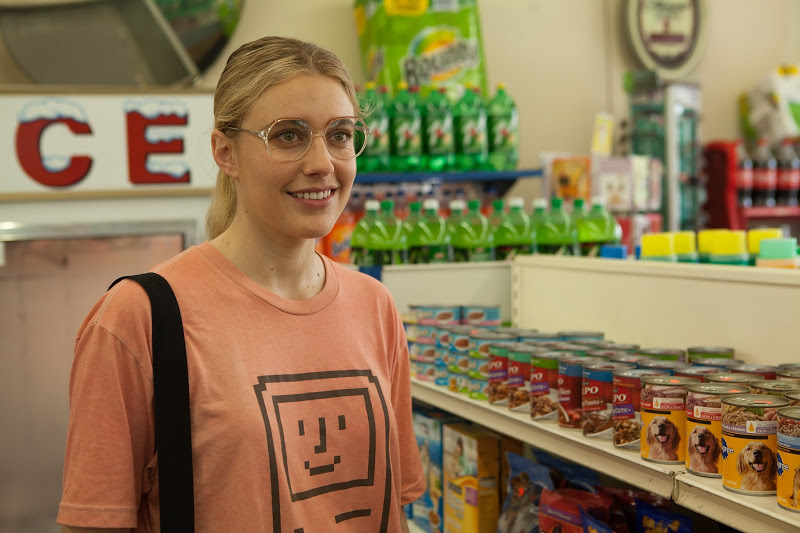 There seems to be a feeling that Todd Solondz has softened in recent years. It’s true that if your reputation is made with films as unforgettable as Welcome to the Dollhouse and Happiness, anything you make that isn’t equally painfully depressing and uncomfortable will seem like lightening up. Solondz’s bitterly funny, cynical style tends to work better in vignettes (sometimes the thought of spending an entire movie solely with one Solondz character is too much to bear) and his latest goes a long way into proving that not only has Solondz not softened, he seems to have sharpened the tools of his anguish.

Wiener-Dog follows the “adventures” of the titular dachshund as she moves from owner to owner, observing their seriously dysfunctional lives. First, she’s adopted by a well-to-do couple (Tracy Letts and Julie Delpy) as a pet for their curious, sensitive cancer-patient son (Keaton Nigel Cooke). She’s then saved from euthanasia by Dawn Wiener (Greta Gerwig), the protagonist of Welcome to the Dollhouse, who takes the dog with her on a mysterious roadtrip with her former high-school tormentor (Kieran Culkin). From there, Wiener-Dog (whose name changes with every owner) falls into the possession of a sullen, frustrated screenwriting professor (Danny DeVito) who’s beginning to discover he’s a dinosaur in his field. The dog’s final owner is an old woman (Ellen Burstyn) whom we meet as she’s being visited by her flighty actress granddaughter (Zosia Mamet).

One would think that having a cute dog at the centre of a film would speak to Solondz’s gentle side, but an early shot consisting entirely of a slow pan of sidewalk spattered with more daschund diarrhea than you ever thought possible puts the kibosh on that idea pretty quick. (I feel I should point out that, without spoiling anything, you should not see this movie if you’re the kind of person who’d pull a John Wick. There’s nothing for you here.) There aren’t too many filmmakers making films with Solondz’s particular approach to humanity: he acknowledges that there’s a fundamental humanity in people, sure, and he seems somewhat contemptuous of most people, but he also finds a curious affinity for even the most broken and unlikeable characters in the film. 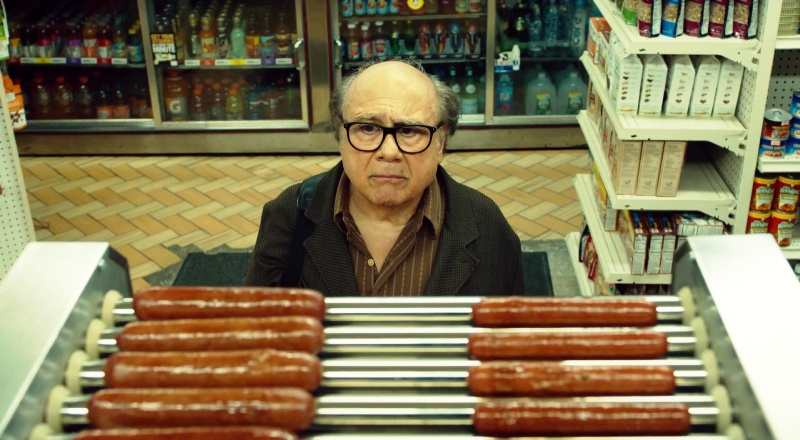 The film mirrors the basic structure of Robert Bresson’s Au hasard Balthasar, but Solondz’s voice comes through loud and clear, particularly in the character of the screenwriter played by DeVito. It’s obvious that Schmerz is Solondz’s twisted Mary Sue surrogate, a man at odds with the modern world whose particular talents are devalued not only by the world at large but by himself. It’s the closest the film comes to Solondz having an old-man-yells-at-clouds moment — which is almost a miracle considering Solondz is a bitterly cynical artist who has been making intensely uncommercial movies for two decades (more than enough time to develop cloud-yelling tendencies).

I have the feeling Solondz’s best movies are behind him — it’s as if his cynicism can’t keep up with the way the world is going. He more or less hits the same note here as he does in his other films, and while it’s not a sour or off-key one, it doesn’t quite ring as loudly as it once did. Wiener-Dog remains a strong work from an idiosyncratic auteur. ■