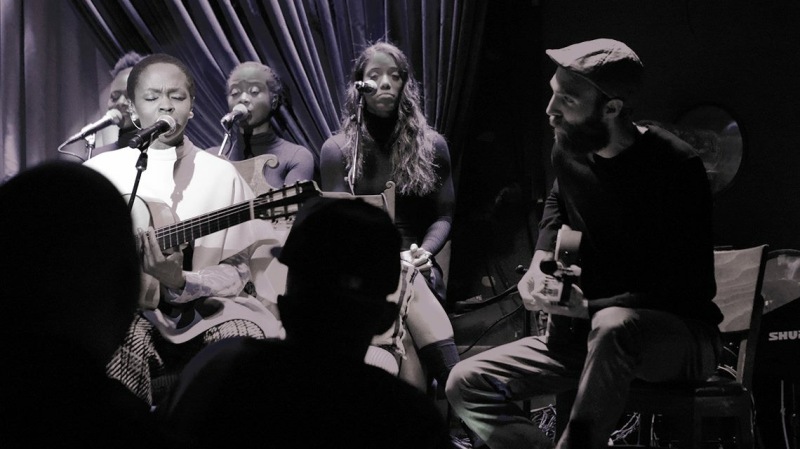 It’s a tale as old as time: boy gets guitar, boy learns guitar, boy takes guitar so seriously that it becomes difficult to separate his identity from his band.

Then the boy becomes a man (and hey, this could all be about a girl, too) meets someone, gets a real job. The drummer gets his girlfriend pregnant. The singer ends up in rehab. Whatever the case. In the world of rock music, many are called, few are chosen.

So it’s kind of extra phenomenal when you hear a story like that of Lachute, Quebec-born, Montreal ex-pat Jordan Peters.

After spending eight years between CEGEP and university immersed in jazz guitar studies, the soft-spoken six-string maven found himself a little dejected, feeling slightly out of the loop with firm academic credentials, and yet still with no true musical calling of his own.

Discovering the free-form jazz improv atmosphere Kalmunity had recently begun bringing to the city, around 2006, Peters found his people. But as much as playing with the collective opened him up stylistically and helped teach him to become a better-rounded player, it wasn’t quite enough. So he set his sights on the New York City scene and packed up around 2012.

And, you know, yada-yada, he ends becoming the guitarist for hip hop/soul/R&B first lady and international megastar Ms. Lauryn Hill.

This is where it gets really interesting. Let’s let Peters describe it further in his own words. 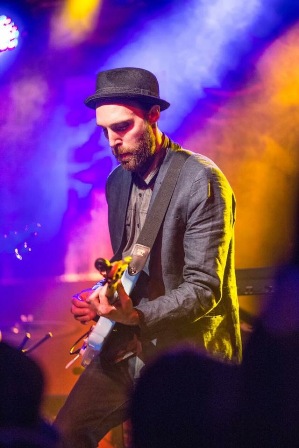 Darcy MacDonald: Were you into hip hop growing up, and how did you gravitate to Kalmunity in the first place?

Jordan Peters: My first love of music, if you go way back, was nothing very sophisticated, or even hip.

In high school it was Green Day and shit like that, the Offspring. I realized pretty quickly that I needed a little bit more substance. Not that there is anything wrong with that type of music but I was kinda ready for something else, I guess. When I first started playing guitar, Hendrix was the first person I checked out, and Jimmy Page. Then Stevie Ray Vaughn and some Eric Clapton and stuff like that.

But I guess around the late ’90s, when (ex-Fugee Lauryn Hill’s classic solo debut) Miseducation came out, and the Roots and Erykah Badu were all kinda out at the time, people at my school were listening to that and I got really into that stuff.

I remember listening to Miseducation a lot, like in math class on my portable Shockwave CD player. There was the really awesome guitar solo in “Ex-Factor” and I loved it because I was learning to play guitar at the time.

It was like, wow. I just liked the colours of that kind of R&B/hip hop stuff. I didn’t really know at the time that that was what I liked about it, even, but there was just something in it. I liked the groove aspect in it. It had a lot of elements that were appealing.

But then when I went to music school, I stopped listening to a lot of what was happening, musically. I kinda got really absorbed in the jazz education world, which was like, digging out old music, ’60s hard bop. The traditions, you know? So I was kind of in a spot for a long time, in school, where I didn’t really have a musical identity. I listened to music only for educational purposes and not really doing anything with that stuff, really.

It was only after graduating from McGill around 2006 that… I don’t really know how I stumbled on Kalmunity. I think it was a friend of mine, Martin Heslop. He owns Café Resonance now. He’s a jazz bassist.

Kalmunity (Jazz Project) plays (at Resonance) now, but at the time it was at Dièse Onze, or maybe even still Kémia back then. It was so groovy and it was just exactly what I wanted. In school, I was so oversaturated with the tradition of jazz and after a while it kind of fucks with your head a little bit. Like, it makes you feel there are certain things you can and can’t play.

Everybody has a different relationship with music education, but for me, just the way that I am, I tend to dig into stuff, and not that I follow rules, but guidelines help me figure stuff out. And because (in school) the guidelines are so rigid, it kinda put me in a box. And it was hard for me to get out of it. So finding Kalmunity was like, fuckin’, wow. Kweku (of Kweku & the Movement, with whom Peters played) was also such a huge influence on my post-school music education.

And from that I rediscovered a bunch of music I had kinda, like, ditched, I guess, when I was just in full jazz mode — D’Angelo, Jill Scott, Georgia Anne Muldrow, all that stuff. 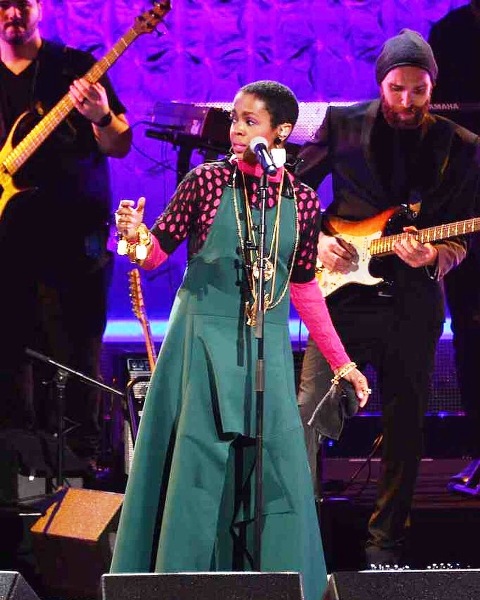 DM: So let’s bring it all the way home, man. How did you connect with Lauryn Hill? To the degree that you can explain it, or if it makes sense to you yet, you are now the guy who gets to play the solo in “Ex-Factor.” How did that happen?

I didn’t really wanna be a session guy. I don’t like that stuff so much. I don’t wanna shit on it. And the level of musicianship in Montreal is extremely high, there are a lot of really great musicians in a very creative city. I have a lot of friends that have achieved what I wanted to do when I was living in Montreal, but for some reason wasn’t accomplishing.

(At this point, Peters and I discuss his first years in NYC at some length, conversationally. He tell me about moving in, finding some friends, getting out to gigs and life being generally one huge financial burden after burning through his savings way faster than expected. He describes a cherished volunteer gig he still has a chair at, Arlene’s Grocery’s weekly improv jam, The Lesson — “Kalmuntiy on steroids,” he jokes — and a less interesting, but luckily paid, weekly gig at Toshi’s Living Room. For brevity’s sake, we’ll pick up there.)

So I’ve got the gig at Toshi’s and I’m just doing it every week, not really ’cause I wanted to go but because I fuckin’ needed that 80 bucks, you know?

And one night this guy came through, a guitar player, and he’d just moved to New York, I’m not sure from where exactly. But he was kinda, like, I couldn’t really read him, I couldn’t figure out his vibe. “Hey man, you sound great, you just moved here,” and we exchanged info, the same thing we all do.

And that was that. And then maybe six months went, it was late 2014, and he texted me while I was at that same gig. I’d never seen him again. And then, by text, he’s like, “Hey man, do you wanna do a gig with Lauryn Hill?”

But then really I’m like, “Yeah, sure, of course.”

And this is all through text. He’s like, someone’s gonna hit you up tomorrow and give you the details. I’m like, “Alright, thanks!”

I couldn’t really believe it, ’cause I’d been through times, you know, people hit you up like, “We got a gig like this,” and it just falls through and never happens. Like, that’s happened to me so many times. So I’m like, this is really cool, but we’ll see. Until the person calls I’m not gonna get too excited. But I definitely was thinking about it.

The next day, sure enough, (Ms. Hill’s) assistant calls me and tells me, “I got your name from so-and-so,” and I’m like, what the fuck is this, man?!? (laughter)

So I’m given an address in Jersey and told to bring my guitars, and that’s it! And I’m like, this is fuckin’ unreal.

I had a recording session that day in the city. When you live in New York, it’s hard to coordinate many things into the same day because of travelling, and traffic is ridiculous, so it was a pretty tight day but I ended up getting to Jersey at night.

It was great. I met Ms. Hill, we sat in her living room. She pulled a guitar out, I took my acoustic out, and we just kinda played through some stuff, some ideas she was working on, and she was kinda just like, “Play along,” you know?

JP: Yeah man, we just jammed, and you could tell there was something good happening. So maybe after 20, 30 minutes, she asked if I could do these dates, and I was like, yeah, totally.

DM: The world is so fucking amazing. Two total strangers in New York City and boom, that happened.  But what’s really cool is to think, at least from my perspective, that Ms. Hill could probably hand-pick her choice of guitarist from anywhere on Earth, and yet it would appear that she trusts something deeper.

JP: Having been in the crew for over a year now, she really kinda goes from references and people she trusts. So yeah, I’m definitely fortunate to have met that guy.

I actually ended up meeting him again for the first time since I had first met him. But I called him and thanked him, and he still has a good relationship with Ms. Hill. We ended up doing a gig with two guitars, and he’s such a great player. And I’m just so grateful to him. ■