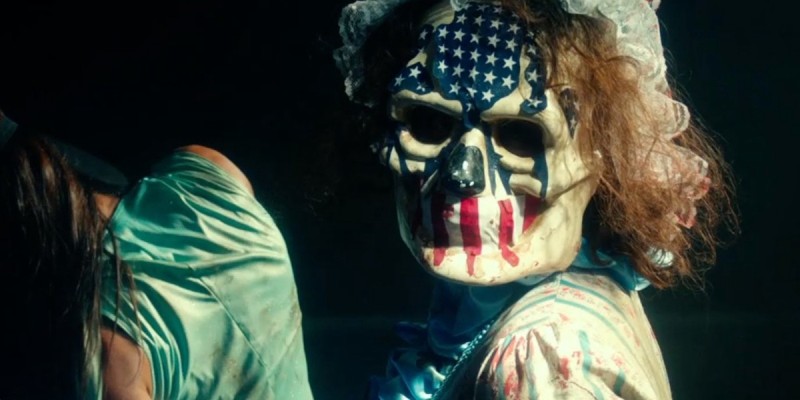 In the coming years there will no doubt be dozens of narrative and documentary films about the current political election, and yet it doesn’t seem likely any of them will capture the chaos and paranoia of 2016 as well as The Purge: Election Year.

A kind of kitchen sink of collective insecurities, the newest installment of the Purge franchise throws a wrench into the previous films by switching up the rules. At the heart of the film is a presidential election and after several decades of ruling the country under a de facto dictatorship, the New Founding Fathers have come up against their first real threat: Senator Charlie Roan (Elizabeth Mitchell), whose family was massacred during a purge — she vows to cancel the yearly event should she be elected president. In order to eliminate Roan, the New Founding Fathers lift the purge rules that once protected elected officials in the hopes of holding onto power.

White supremacy, out of control youth, religious fundamentalism, gang violence and gun crime offer a small sampling of the fears drawn upon in The Purge: Election Year. Told from three different perspectives, the film deconstructs and amplifies the dramatic paranoia of 2016 America for horrific effect. Like peering into the hive mind of any cable network’s demographics department, it exploits and turns out as many modern fears as humanly possible. Now far more action than horror, The Purge: Election Year nonetheless pulls a pretty hard R that rolls heavy with cursing and violence, presenting a dystopian and voyeuristic interpretation of current affairs.

This does lead to some interesting revelations, and the movie is not without its political merit. Despite a bit of white saviour complex (at its worst offering the blonde bespectacled Senator Roan under a literal white halo as she laughs with a wounded and voiceless black man), the film does painstakingly take on the perspective of minorities in America. The fears and experiences of black and Latino men, in particular, are central to the narrative, and the guiding mistrust of figures of authority is rooted in a lived-in experience of dealing with institutionalized racism. Unfortunately, being a pretty glossy mainstream film, The Purge: Election Year tries to have its cake and eat it, too. 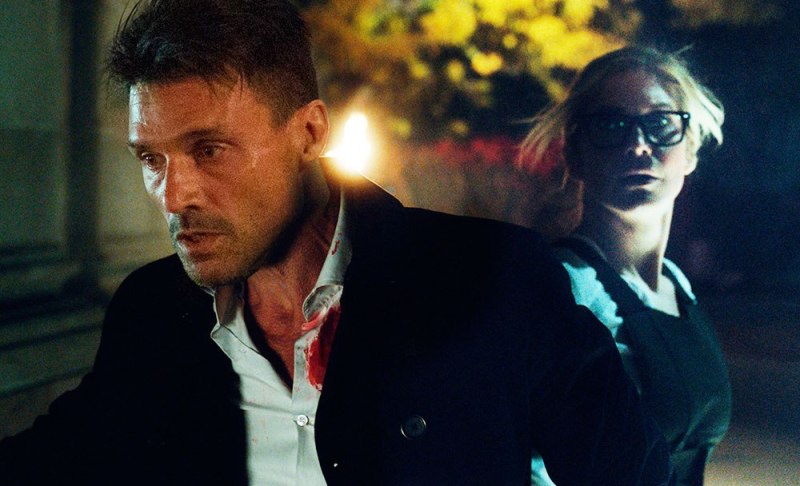 Frank Grillo and Elizabeth Mitchell in The Purge: Election Year

Its glamorization of violence feels particularly off-tone. The meant-to-be-shocking introduction, which establishes Roan’s horrific backstory, feels like a sanitized version of some of the most recent Saw films. The artificial shine of the violence, punctuated with glamorous costumes and music video aesthetics, feels ill-conceived and out of place. While textually opposed to violence (and the Purge itself, which as established in previous installments is used to disproportionately target minority groups), the film revels in it. When a group of teenage girls pulls up in front of the diner in a car decorated with Christmas lights, dressed in princess costumes, there is a distinct disconnect between the film’s visual tone and its supposed message.

The Purge: Election Year has more to offer as a document of our era than as a great work of cinema. While it does have a leg up on most mainstream horror of recent years by offering some ideas behind its bloodshed, it fails to leave a lasting mark in any meaningful way. Maybe the best part of the franchise, though, is the continued presence of Frank Grillo, who reprises his role from The Purge: Anarchy. Now working in security, Grillo brings gravitas to a film that doesn’t necessarily demand it and injects well-worn charisma into every scene he’s in. One of the brightest genre actors of the past decade, he’s finally making his mark on audiences, not only in the Purge films but as Crossbones in the Marvel franchise.

While this sequel is overall more miss than hit, the Purge remains one of the only truly original ideas floating around the Hollywood factory, and until it really hits the dumpster, it ranks among the few horror franchises worth following. ■