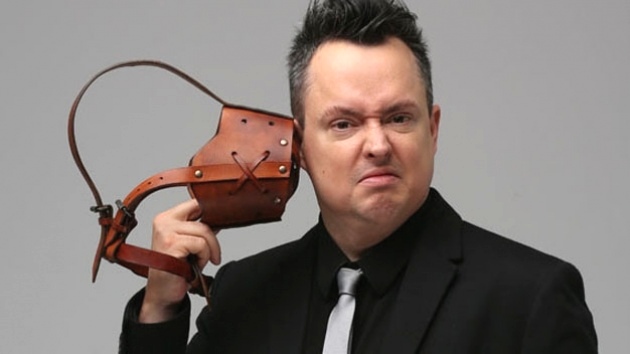 The Quebec Human Rights Commission tribunal has told comedian Mike Ward to fork over $42,000 because of jokes he made about Jérémy Gabriel, a young Quebecer who suffers from deformities arising from a premature birth and who has sung (quite poorly) for the Pope and Céline Dion.

That’s slightly more than half of the $80,000 the Commission asked for when it filed suit against Ward on behalf of Gabriel, known as P’tit Jérémy, and his parents in 2013. But within hours of  the judgment being announced Wednesday, Ward’s lawyer, human rights specialist Julius Grey, told reporters his client was appealing the decision. “I’m in such disagreement with the judgment that I couldn’t even take it apart in bits and pieces. The whole judgment needs to be taken to appeal,” Grey told CBC.

Should Ward be allowed to make jokes about people with disabilities? I share Ward’s opinion that comics should be free to make jokes about anything they want. When they cross the line, they suffer the consequences in terms of alienated audiences and lost revenues. When a joke crosses over into defamation, there are libel laws that allow people who feel victimized to sue. When jokes direct hate at a particular group, there are laws against that as well.

But that’s not the route taken by the Gabriels, who instead asked an agency of the Quebec government to sue on their behalf because Jérémy has a disability.

A more typical Human Rights tribunal case involves someone being refused an apartment or being fired from a job because of their ethnicity, religion, disability, sexual orientation etc. In those cases, the plaintiffs are asking to be treated the same as anyone else, to have the same rights as anyone else.

In the Gabriel case, they asked that Jérémy be treated differently from any other subject of a Ward joke precisely because he has a disability. So while it was okay to poke fun at other Quebec “untouchables” (that was the theme of Ward’s show, which also made fun of Céline Dion, Guy A. Lepage and other Quebec vedettes), the tribunal ruling in fact declares Jérémy to be untouchable — but only when the joke makes fun of his appearance. Jokes about pedophilia and the Pope aren’t a violation of his rights, the judgment concluded, but calling Jérémy ugly went too far.

I normally hate the “slippery slope” metaphor, which is often used to draw insane parallels between what’s likely to occur as a consequence of some proposed minor change in rules or laws. But the metaphor truly fits this occasion, as the tribunal has basically decided that classes of people who are protected from discrimination under the charter of rights are now protected as well from jokes and insults.

I’m not defending these kind of jokes. Making fun of someone’s physical appearance or disability, especially when it’s beyond their control, is a lowball humour that has never appealed to me. But when we start using the state to punish people for making jokes we don’t approve of, the pendulum has swung way too far in the other direction.

The massive publicity generated by the human rights case hasn’t hurt either Ward’s career or Jérémy’s future album or book prospects. The suit was launched, in part, because the Gabriels blamed Ward for a downturn in Jérémy’s career after he began telling the jokes in 2010. They also blamed him for Jérémy being teased by other kids at his new high school. The decision to take it to the commission, however, propelled both Ward and his accuser into the spotlight, and Ward is the first to admit it has made him a household name in places that had never heard of him before.

The effort to punish Ward for his comments ironically but predictably also made the jokes far more famous than they would have been otherwise. If Jérémy felt humiliated by Ward’s humour, the exposure has now gone well beyond the 135,000 ticket-buyers to Ward’s show to include more than 680,000 views of a 2:09-minute YouTube video. Not only that, Ward is now telling the story to his much expanded English-language audience, who likely would otherwise never heard the story of this minor Quebec reality-show drama.

And the timing of the ruling (which wasn’t supposed to be public until August) could hardly have been better, as Ward began hosting a dozen Nasty Show performances just yesterday at Just for Laughs, where the case will no doubt take up a good part of Ward’s act and make it to the televised version that will be broadcast around the globe.  ■