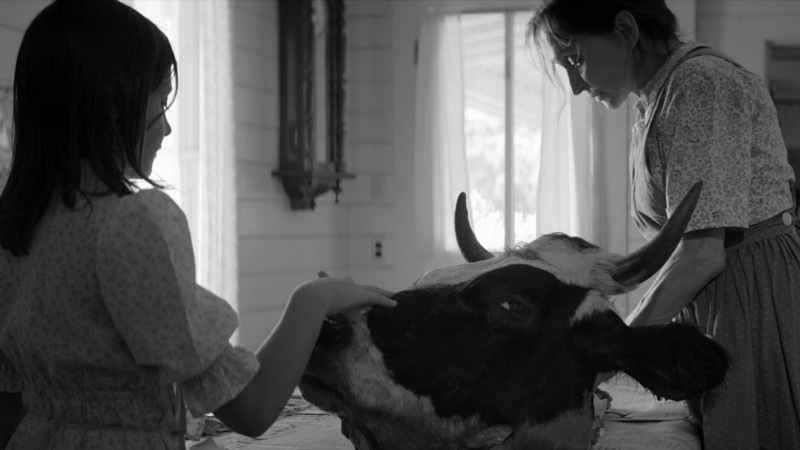 The Eyes of My Mother

The Eyes of My Mother

Rarely does an art house horror film, or any film for that matter, successfully emulate Hitchcock and Lovecraft by demonstrating that nothing is more horrifying than the product of your own imagination. The Eyes of My Mother accomplishes this in a masterfully shot, rich black and white that contains some truly elegant use of light. The film’s cold and calculating progression through its three acts comes from a confident, deliberate vision. Its voyeuristic approach also leaves one grateful that they are spared the full colourful detail of the violent acts. This is a stunning feat for first time writer/director Nicholas Pesce.

While one could argue that childhood trauma transforms the protagonist Francisca into a psychopath, this seems unlikely as her surgical indifference towards violence precedes it. Her mother’s desire to pass on her training as an eye surgeon, and her father’s stoic assault and imprisonment of a murderer, indicate that it is, instead, more familial. Her sadism, however, is clearly the product of her experiences with her “friend”/human pet. Throughout the acts, she alternates between being the guardian and taker of life. It is only when confronted with solitude stemming from the loss of family that Francisca or her father privately display any sense of remorse or grief.

The level of depravity in the film, both observed and implied, is rarely seen outside of a Fantasia setting. This may very well be the most viscerally disturbing film of the festival. From the sound editing of a stabbing scene, to the Bates-like behaviour and the questionable contents of freezer bags, it will render you speechless and haunt you for some time. To describe it in any further detail would be doing you an imagination-limiting disservice. (Katie Ferrar) 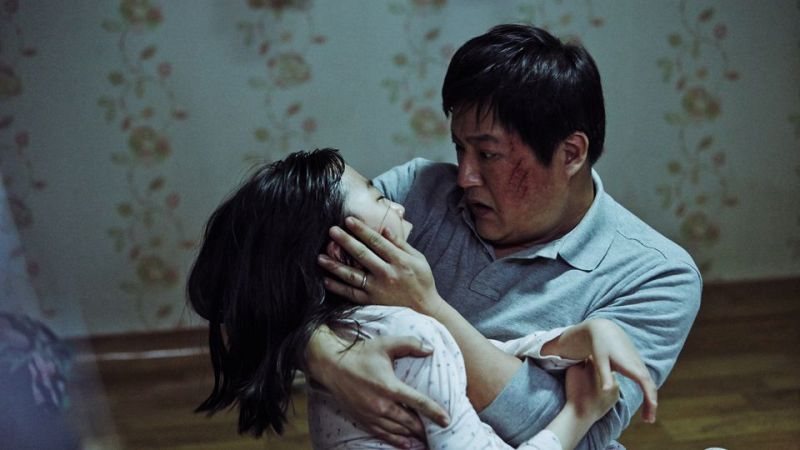 It takes a lot to make me want to see a movie about demonic possession. For whatever reason, it’s one of my least favourite themes in cinema, which is unfortunate for me since it also happens to be everyone else’s favourite. The Wailing stands alone in that pack, an epic genre mish-mash that begins as a police procedural and inches slowly towards complete bugfuck insanity over the course of its generous 156-minute runtime.

Dopey rural cop Jong-goo (Kwak Do-won) is tasked with investigating the circumstances behind a brutal murder that many are quick to attribute to mushroom-based hallucinations; others blame a mysterious Japanese hermit (Jun Kunimura) who has recently moved to the area. As Jong-goo follows bad lead after bad lead, more and more villagers turn up dead, murdered by their families and friends who have gone totally screeching mad, covered in boils and blisters. Jong-goo is drawn further and further into the madness as the wave of deaths creeps closer and closer to home.

It’s hard to fault director Na Hong-jin’s approach to the material. It’s slow and methodical, ramping up the insanity meticulously as he weaves a tapestry of proportions rarely seen in horror movies. The Wailing takes its sweet-ass time getting where it’s going, but don’t take that to mean it’s slow-paced or deliberate. It’s the kind of movie where anything can happen because it frequently seems like nothing will; unfortunately (and this is probably on me, given my general apathy towards demons, ghosts, dybbuks, succubi and other ghouls), the getting there’s significantly more compelling than the destination. Of course, it goes without saying that a film that slowly builds up to demonic anarchy will eventually wind up awash in demons and possessed vomiting, but I was almost ready for it to just be about a hapless, chubby rural Korean cop in over his head. (Alex Rose)