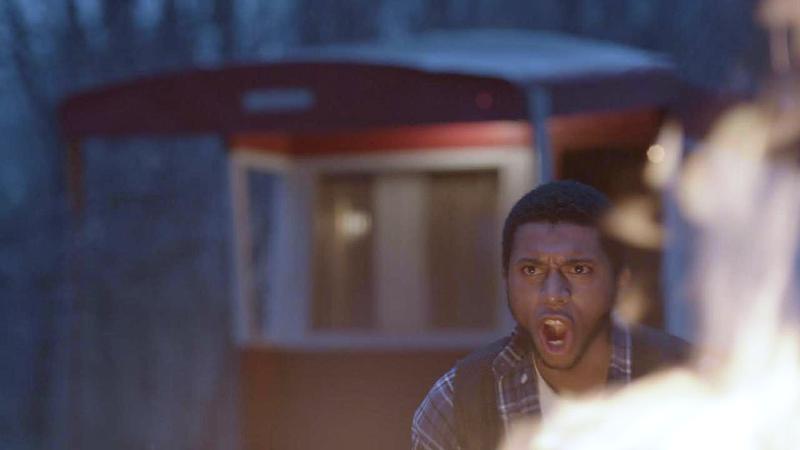 Ty Hickson in The Alchemist Cookbook

It doesn’t cost much to lose your mind. Low budgets are likely the reason why movies about people having mental breakdowns alone are such a Fantasia staple year in and year out — it remains just about the most gripping story you can tell in a film with just one actor and one location. Joel Potrykus’s The Alchemist Cookbook is a reasonably compelling addition to the genre, blending bits of Jarmuschian humour with a very raw depiction of a man breaking down, but it also treads overly familiar territory.

Sean (Ty Hickson) lives in a secluded mobile home out in the woods, hours from civilization. He spends his days cooking up potions and elixirs from the titular cookbook in an attempt, it seems, to summon the devil. It’s not clear which came first, his seclusion or his paranoid delusion, but infrequent visits from his friend (and perhaps cousin) Cortez (Amari Cheatom) suggest that it was not always like this. Subsisting on a diet of potato chips and cereal, Sean is very single-minded in his pursuit of the occult — but that only gives him one mind to lose.

Essentially a one-location meltdown (Sean does go outside quite a bit), The Alchemist Cookbook succeeds best when it works within its strict limitations. Cheatom gives a scene-stealing performance (granted, this is a movie with two characters in it, so scene-stealing might be a poor choice of adjective) and the film has a measured quality to it that means it’s never really boring even if it’s fundamentally a film where not much happens, but the fact is that it holds very few surprises. It’s a well-executed variation on a familiar theme, but I get the feeling that I’ll be having similar feelings about a similar film one year from now — maybe even sooner. 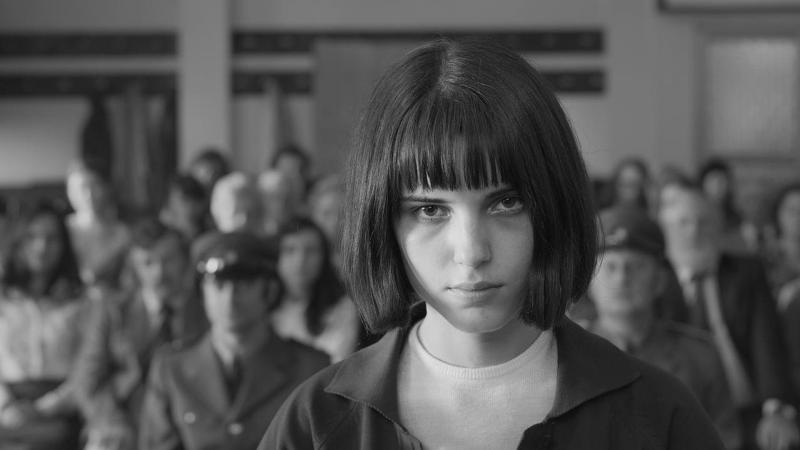 A real bizarre outlier on the Fantasia slate this year, I, Olga Hepnarova is not the kind of movie that usually plays at festivals alongside Japanese space-monster movies and homegrown slashers. It’s a glum, precise drama that straddles no real genre lines unless “unrelenting bleakness” and “European misery” could be considered genres. That doesn’t necessarily speak negatively of I, Olga Hepnarova as a film, though it may blindside the typical meowing Fantasia-goer.

The titular Olga Hepnarova (Michael Olszanska, also of this year’s Fantasia pick The Lure) is presented to us as a disturbed teenager from a seemingly “good” Czech family. Sent to an institution for a prepubescent suicide attempt, she grows up into a sullen, repressed young woman, incapable of forming connections with others. She embarks on dispassionate, depressing lesbian relationships and grows resentful and hostile of the alienating outside world, until (spoiler alert!) she finally drives a truck into a crowd of people.

Filmed in austere black-and-white, I, Olga Hepnarova is oppressively depressing and meticulous. Directors Tomas Weinreb and Petr Kazda favour an objective, measured quasi-documentary approach, observing passively as the tortured-but-unlikeable Olga (who wrote in her final manifesto that her life was worse than a black American’s) sinks further and further into despair. Their style verges on the stodgy at times; in its avoidance of dramatic clichés, it veers close to going full circle into brutalist clichés, but the approach works overall. Unfortunately still topical, I, Olga Hepnarova is a bleak but powerful watch.