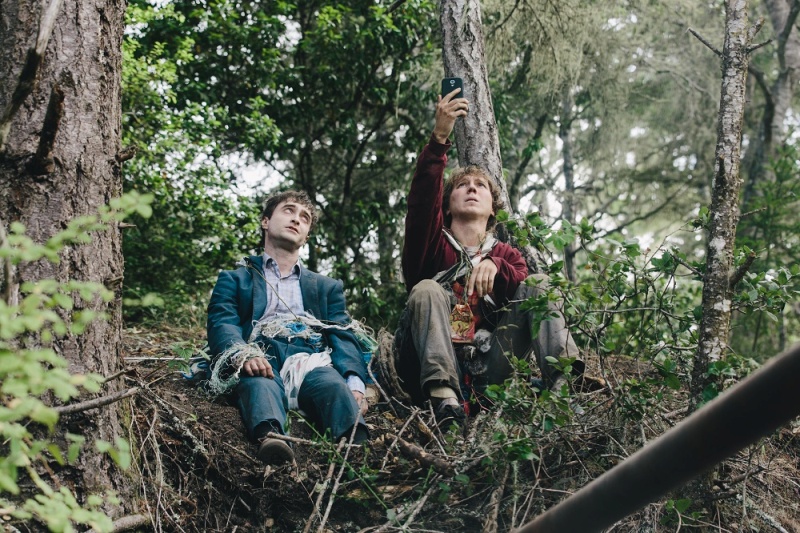 Swiss Army Man’s reputation precedes it. You may have heard the entire Internet work itself into a tizzy when the film premiered at Sundance, given that part of the film is predicated on Paul Dano riding Daniel Radcliffe’s dead, farting body like a jet-ski. While it’s definitely true that Swiss Army Man is a strange beast, it’s so much more sincere and affecting than that one fart-spiked logline may suggest. It’s the feature debut of Daniel Kwan and Daniel Scheinert, a directing team collectively known as DANIELS who are the minds behind a dozen music videos by acts like the Shins, Chromeo, Passion Pit and Lil Jon. Joining them in our conversation was editor Matt Hannam.

Swiss Army Man begins with Hank (Dano) preparing to hang himself on a desert island. He’s been lost at sea and subsequently cast away for months, and he’s pretty much given up on ever making it back to civilization until he sees a body wash up ashore. Although he appears very much dead, the man eventually known as Manny (Radcliffe) is still farting out a prodigious amount of gas — so much gas that Hank can essentially ride him back to the mainland. As Hank regains hope of returning to the city, Manny begins to exhibit more and more qualities of a living person — not to mention the quasi-superpowers of vomiting out clean drinking water, propulsing anything jammed down his throat and using his erection as a compass. The child-like and semi-mobile Manny becomes Hank’s multi-purpose tool back to civilization. 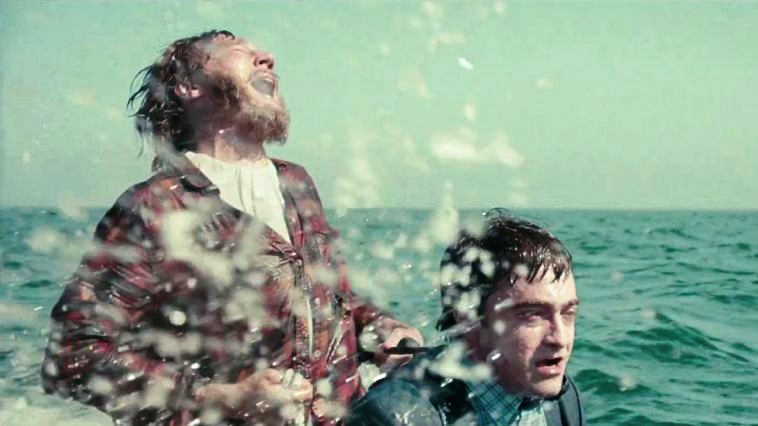 It’s admittedly not the kind of film premise you come across every day. Unsurprisingly, the reaction out of the world premiere at Sundance was polarizing. “It’s definitely weird. It’s something that we’re not used to,” explains Scheinert. “Our previous work has always been stuff that we dropped on the Internet and watched the life it takes on.”

“The hard thing about this film is that we purposely made a film that, on paper, sounded horrible and not worth your time so that we could pilot people’s expectations and make something beautiful and meaningful out of it,” continues Kwan. “Having the delay between people hearing about the movie and actually seeing the movie be this long has been kind of painful because there has been a lot of speculation from afar, like ‘Who made this shit? Is this an April Fools’ joke?’ Now that people are watching it, it’s been interesting seeing the Internet discussion turn. There’s so much more to this film than the farts and the boners. That’s just a conduit to the profound and the beautiful.”

The film’s outlandish premise points to the kind of film that’s often said to be a “love it or hate it” work, but it’s significantly more nuanced than that. “Being slightly more removed, the thing I really noticed in the response is that the people who actively dislike the movie are the people who are still suffering from Hank in the beginning of the movie,” says Hannam, “people who aren’t ready to give up on their prejudice, you know. It’s really weird — if you’re uncomfortable with this movie, there’s something wrong with you!”

Also impressive is the physicality of the performances, particularly Radcliffe’s ping-ponging physicality that goes from stiff-limbed, limited movements to jerky seizures and even some dead-guy dance sequences. “We were kind of idiots in that we restricted ourselves in every way possible,” laughs Kwan. “One of the things that we did was that we couldn’t block a traditional scene, ever. We’d sit down and think ‘Okay, how do we block out this scene?’ and every time, we’d hit a wall. ‘Goddamnit, he can’t move!’ It ended up being a really hard challenge to work around, but it became really rewarding, especially having someone like Radcliffe around who was really excited about that challenge. He took to it and he loved being able to strike one pose and having that say as much as he wanted to say, and allowing Paul to become his scene partner in every way possible. Their two performances don’t work without each other. It becomes a kind of dance by the end of the film.(…) Daniel and I are both physical guys, so we ended up testing a lot of things ourselves before we showed it to them. We’re just two guys who are willing to crawl on each other and twist each others’ arms. In that sense, it was lucky that it was a directing duo making this film.” 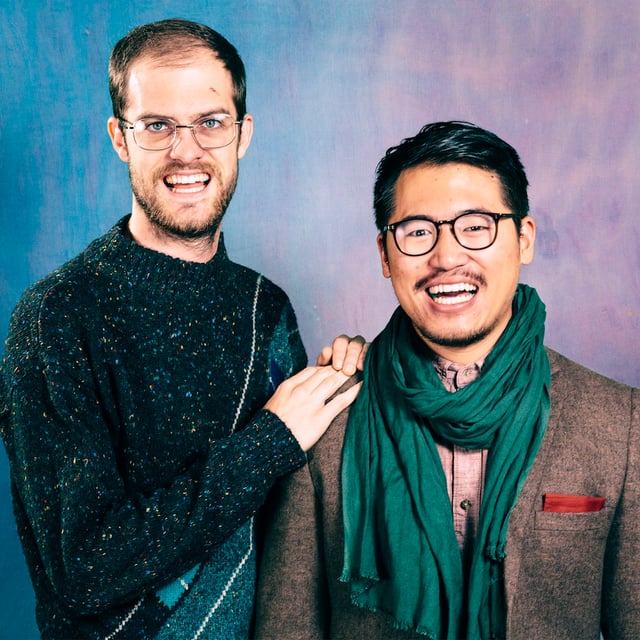 With Hannam in the room, Daniels is able to get an outside opinion on the question they get asked the most often: who does what in the directing duo? “The two Daniels definitely have a yin-yang quality,” says Hannam. “I think they trade off when needed. Scheinert, I always commented on how he needed people to do things with such energy. It’s a contrast in that me and Kwan would maybe think ‘We’re gonna have to think about this for a while,’ but Scheinert has the confidence and enthusiasm to just plow through something really quickly, which is so amazing. For example, there was a big part at the beginning of the movie that we needed to cut down so he just left with a laptop and came back after two hours with it done while I was still thinking about how to start.”

“No inertia there,” Kwan chimes in. “He just goes for it.”

“And Kwan has this amazing kind of completely complementary quality. I remember one time Scheinert and I were… I’m really sounding like a huge loser in this story!” laughs Hannam. “So many things I can’t figure out! There was this part of the film where we were trying to just hit one last thing to really make the whole thing come together, and Kwan just kind of ignored us for two days. (laughs) He came back with this impossible invention of one moment that neither of us had thought or maybe didn’t think was there. There’s a reason why they work so well as a team; they encourage each other and spur each other on, which is really nice to see.”

So what happens now that their controversial, blogger-shattering feature-film debut is in theatres? “My hope is that people who don’t expect to like this movie give it a chance, just because enough people are championing it,” says Kwan. “If those people could go see it and be surprised by how much it actually connects with them, that’d be great. I think everyone needs to be proven wrong now and then. It would great if more people thought ‘Oh, I can be wrong sometimes. I should let my guard down and have a little bit more openness.’”

“We’re so lucky that the word is out,” continues Scheinert. “I feel like out-of-the-closet weirdos know about this movie and I hope they’ll go see it, but the next goal is to get more weirdos that are still in the closet into theatres. People who think they aren’t gonna like it should go see it. Grandparents, moms and dads…”

“Oh, and also, I just hope it makes a bajillion dollars so that more people finance some more weird movies,” says Scheinert. “People want something different.”

“People are sick of Marvel movies and they’re sick of another live-action adaptation of a Disney movie they already love,” adds Scheinert. “I think that’s one of the fun comments that this film could actually bring a weird, specific, personal film and still find an audience and do so responsibly.” ■