Realive is a  truly great science fiction film — a rare treat. Its complex, rich narrative is delivered by engaging characters in solid, compelling performances. The film is beautifully shot and its numerous timelines have been edited into a reasonably fluid whole. Thankfully, it does not suffer from an overextended vision; it is not ambitious to its own detriment. Nor does it detract from its thematic core with nonessential technological flash, or suffer from a production design that fails to complement its vision. It focuses, instead, on poetic realism in its profound meditation on life, death and the quality of both. It is brutally honest in its critique of religion and cryogenics. Above all, it is a moving love story.

Marc Jarvis, a very successful artist and entrepreneur, is diagnosed with terminal cancer. When he is given the choice between living out the rest of his days until he succumbs to the disease, or attempting to extend his life with treatment, he opts for neither. He chooses, instead, to commit suicide before the disease takes further hold, and be cryogenically frozen until he can live out the rest of his days as he originally intended. This plan is met with much resistance by his friends, especially his girlfriend Naomi. It is, however, upon being reanimated that Marc discovers a whole new set of unanticipated problems. These issues begin to compound and culminate in a nightmarish conclusion.

Realive is thought provoking, and will force viewers to reexamine their views on cryogenics. It will provides a commentary on the relationship between religion and death that cannot be ignored. It’s a smart film, and a true pleasure to watch unfold, no matter how uncomfortable it may make you feel. (Mark Carpenter and Katie Ferrar) 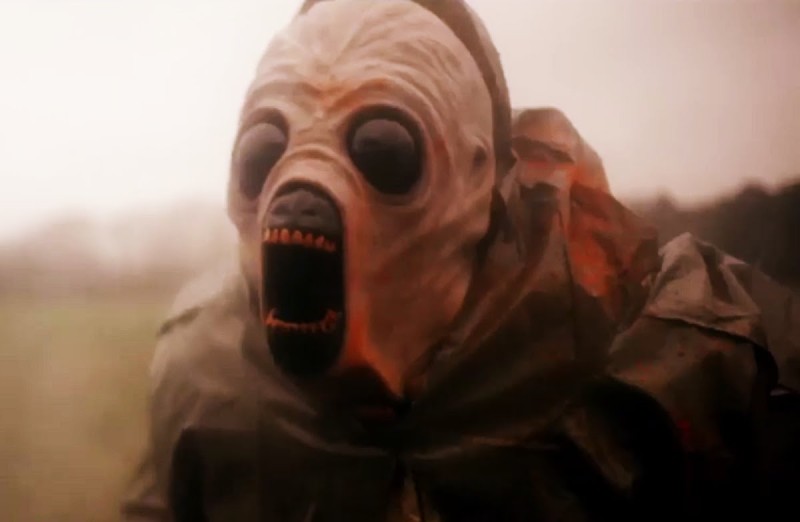 British filmmaker Nick Gillespie offers a vague vision of some kind of apocalyptic future with Tank 432, a dramatic thriller co-produced by Ben Wheatley (A Field in England, Kill List).

A group of mercenary soldiers are on the run — where and from what, we don’t know. The supposed leader of the band is dragging around two prisoners wearing bags on their heads, the lady doctor soldier (?) keeps injecting everyone with drugs and mysterious attackers are following them — although these may or may not be masked hallucinations. Leaving their injured pal behind, the soldiers seek refuge inside an abandoned tank and soon find themselves trapped there.

Gillespie purposefully leaves you doubting everything. Even the unspecified setting is unconventional for a war zone — it just looks like an idyllic countryside. About 50 minutes in, a slightly humorous conversation between a prisoner and a soldier indicate they have no idea why they’re there or what’s happening either. Who’s the unconscious girl sleeping during most of the film? What are the drugs they’re all taking? The sci-fi elements here definitely spawn from the unseen: what the audience is imagining once the claustrophobia and madness settle in.

Wheatley’s influence on Gillespie is felt in the creeping violence and general sense of hopelessness. You’re kept on edge expecting something or someone to burst at any moment. Forget linear storytelling, this feels much more like someone’s grim and unsettling nightmare about the future, like something your brain would concoct after a night of watching Mad Max and reading the news. Appropriately, it’ll leave you with that similar feeling of waking up in cold sweats, questioning what it all meant. (Roxane Hudon) 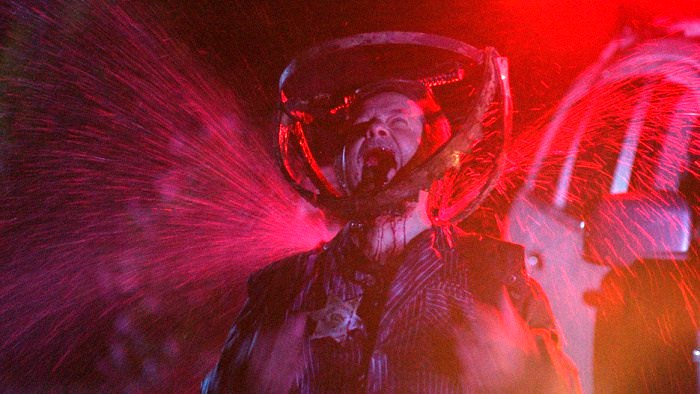 Red Christmas is an Australian family comedy fused with a slasher film — at Christmas. It combines very broad characterizations with aspirations of social commentary. Surprisingly, the narrative is haunted by the spectre of real-life abortion clinic bombings in the USA, which may seem odd within the Australian context (although several such attacks have occurred there).

The movie begins with an elliptical montage showing the bombing of an Australian abortion clinic, and the retrieval of a live bloody baby from a biohazard bucket. Flash-forward 20 years. An Australian mother, of American origin, is gathering her extended family for a Christmas celebration. Tensions surface between family members at the festivities, and things boil over, until a cloaked visitor appears with a letter for his long-lost mother. His arrival marks the transition to horror.

Writer-director Craig Anderson knows how to hold your attention, while setting a solid pace and successfully keeping track of a large cast. Red Christmas is certainly far from boring. Once the real violence erupts, though, a sloppiness sets in. Anderson goes for big effects, and he sometimes achieves them. Yet, most of the time, he misses and the action sequences are difficult to follow, so you’re confused rather than tense. His over-reliance on crude stereotypes has you yearning for brilliant deaths for the irritating characters, but the movie inevitably yields diminishing returns.

There are a few standout performances. One unforgettable characterization is that of the Shakespeare-loving Jerry, played by Gerard O’Dwyer, an actor with Down syndrome. Pride of place, however, goes to Dee Wallace as the unexpectedly fierce matriarch, in what is likely her most prominent role since playing Eliott’s mom in E.T. (Mark Carpenter and Katie Ferrar)