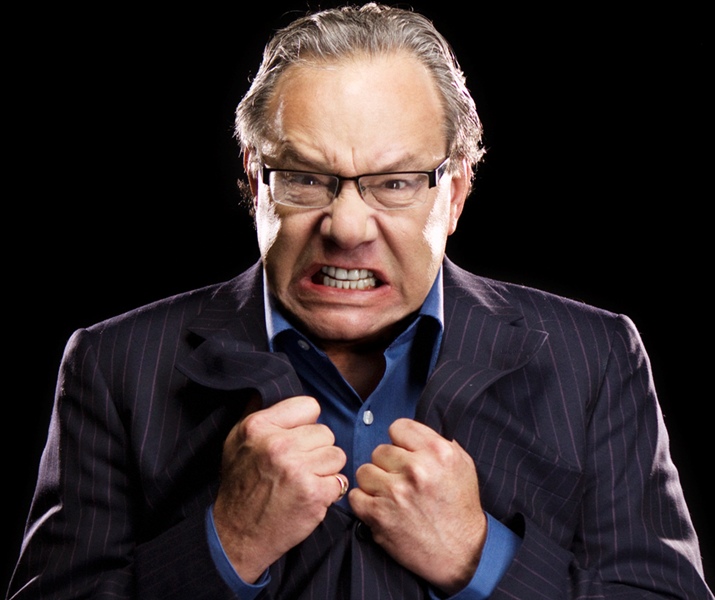 At 67, America’s favourite angry pundit, Lewis Black, is still running on hot-blooded rage and wry wit. With a new book in the works, the Daily Show regular is also set to appear in Woody Allen’s new Amazon TV series, and perform in an eight-week stand-up residency on Broadway leading up to the November election.

Ahead of Black’s Just for Laughs shows this month, we caught up to talk media, politics and “the longest Super Bowl intro ever” that is the American presidential campaign.

ELECTORAL SCIENCE
“It’s unbelievable. I guess this is an experiment in democracy where you nominate the two least-liked people to ever run, as far as I know — I’m sure in 1830s there was a lot of it — but overwhelmingly, in my lifetime, the two least liked candidates with the lowest approval ratings. I guess we’ve nominated people we liked, and now we’re gonna go with somebody we don’t like and see how that works.”

EMPIRICAL IDIOCY
“If you saw something on TV and saw exactly how it occurred and it’s very obvious what the facts are, you will find a website with someone that says it is absolutely not true. And you can go there and find someone that agrees with the fact that what you saw really wasn’t real.

“You feel badly, because there is freedom of speech, but there just kinda comes a point where you go, well what the hell? People are more upset by profanity than they are by lying. Trump, on a regular basis, stumbles on facts by accident.”

TRUMP TALK
“I’ve (crossed paths) with Trump twice. It was some book event I was doing as the host, and he was there with his family and very upset about where his table was, or whatever. His entitlement was showing.

“In my first special, and I’d completely forgotten, I did a joke about Donald Trump way back then where the banks were bailing him out, and I was talking about (Trump ex) Marla Maples. So I’ve always talked about him, my whole career. So when I did a piece on him running for office on The Daily Show — this was in 2012 — and my thing was that it would be good because what America needed was a third-world dictator. And then my assistant got a call from his assistant that he wanted to talk to me. And I refused to call him back. Because I didn’t want him to feel like just because he calls, somebody’s gonna call him back.”

TRUMPED-UP MEDIA
“Every channel in America, every fucking news organization, all of them, should be taken to media prison, because for the first time in my life, they’ve allowed a presidential candidate not to show up for the interview. To do it by phone, and then to run the interview. I would just think, then, there is no reason to talk to him. He refuses questions. ‘You’ll have to stop speaking now.’ They won’t just treat him like the child that the fucker is.”

HIS WORKAHOLISM
“I’m kinda pissed at it. Literally, I’m talking to my therapist about it. At what point do I stop this nonsense? There’s no teacher around, there’s no homework. What the fuck is the matter with me?”

INSIDE OUT SEQUEL?
“I’ve said they better do it before I drop dead.” ■