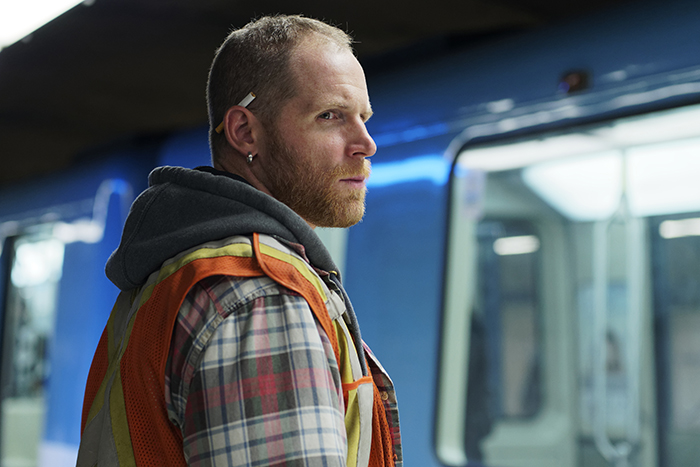 The following films are screening as part of the Fantasia Film Festival, on through Aug. 3.

There’s a lot that could’ve gone wrong with this adaptation of Alexandre Goyette’s play. The play is essentially a long monologue by Goyette, who voices all the characters — it’s about immaturity and thus contains a lot of perhaps simplistic characterizations from the protagonist’s perspective. It’s very much mired in the trends of the year it was written (2004) and, to top it off, director Podz has opted to shoot in one, unbroken 98-minute shot. King Dave is seriously ambitious in a way that mostly pays off — the film’s most questionable choices turn out, 10 minutes later, to have been the best ones imaginable.

Goyette reprises the lead role of Dave, a young man living in Anjou. Though gainfully employed, he has slight ambitions (or delusions) of being a bigger shot than he is. When he sees his girlfriend (Karelle Tremblay) dancing with another guy (Kémy St-Éloy), he goes completely off the rails, starting a one-man war against the world that he’s seriously unequipped to fight.

King Dave is a pretty different beast from recent films that have used variations of the single-shot technique, like Victoria or Birdman — although the shot is unbroken, the film isn’t in real time. The filmmakers built sets on top of each other that feed into themselves, which helps apply the conventions of theatre to a film that’s otherwise gritty and photorealistic. (Dave is essentially in a constant one-sided conversation with the camera that’s sometimes broken up by the people around him.)

It also means that it’s a gimmicky premise that turns invisible. Unlike Victoria, the film’s plot is never overshadowed by the pyrotechnics, even if they are more blatant here. Goyette essentially propulses the film — the tricky camerawork wouldn’t be nearly as impressive without his performance and his words at its core. (Alex Rose)

The Fantasia screening of King Dave tonight, Thursday, July 14 is sold out, but the film opens in theatres this Friday, July 15. 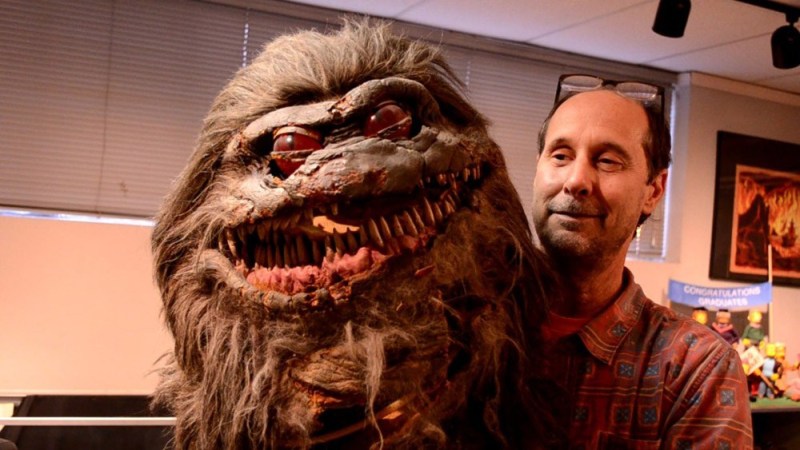 If you’re an avid Fantasia enthusiast, you’re probably also a fan of the many monsters and creepy creatures that haunt its program. Consider Creature Designers: The Frankenstein Complex a delicious nerdy apéritif to all the fantasy and gore you’re about to digest.

Directed by Alexandre Poncet and Gilles Penso, the documentary offers a colourful and detailed portrait of the making of movie monsters. Through various talking head interviews with the biggest innovators in special effects, Poncet and Penso guide you through the evolution of creature design. Think of your favourite horror, fantasy or sci-fi film and they probably tackle it, using only the greatest examples to depict the techniques used at a particular time.

From the “man in costume” of Godzilla and King Kong and the heavy make-up of horror legends Boris Karloff and Lon Chaney to the puppets and animatronics of Star Wars and Aliens and the early CGI of Jurassic Park and The Abyss, the men behind the magic explain it all, with the added bonus of amazing footage from the filming of these classics. And by men, I do mean only men — aside from one quick clip, there seems to be a “no female” rule in monster-making, but I digress.

You’ll be surprised by the small handful of players involved in the creation of cinema’s most famous creatures — many artists like Phil Tippett seem to have been on every movie set involving some kind of “thing.” The rise of CGI and its impact on those who prefer traditional, handcrafted methods is inevitably discussed. You do sense a little bit of bitterness with many, probably rightfully so, stating the over-use of the new digital technologies and the timelessness of something as simple as Jaws‘ huge rubber shark.

While Guillermo del Toro is interviewed and, inexplicably, giant jersey-wearing Kevin Smith, the absence of other big names mentioned (such as Peter Jackson and James Cameron) is felt. That being said, this allows the focus to stay on the geniuses who found a way to put directors’ whacky ideas into motion. The screening is already sold out due to del Toro’s attendance, so lucky you if you’ve snapped up a ticket — a definite must-see for all lovers of make-believe! (Roxane Hudon)

The Fantasia screening of Creature Designers: The Frankenstein Complex on Friday, July 15 is sold out. 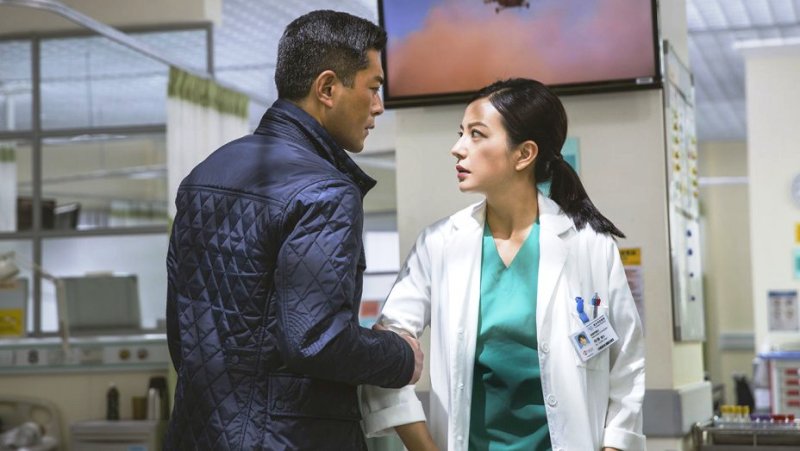 As prolific as Johnnie To is, it seems North American audiences are mostly seeing his action movies – dense, action-packed and generally quite serious films that essentially pick up the John Woo/Tsui Hark tradition of Hong Kong action films. In truth, To hasn’t made a straight-up action film in a few years — while Three is billed as a return to the genre, it’s really a much stranger beast.

Three essentially plays out like an episode of ER that just so happens to erupt into a Johnnie To somewhere down the line. It’s an interesting way of playing with the push-and-pull of tension, but not without its problems.

A criminal (Wallace Chung) with a bullet in his head is brought into an emergency room; he’s likely to die without treatment, but he refuses to go ahead with surgery because he’s cooked up a scheme wherein he’ll be rescued by his acolytes on the outside. Butting heads with the corrupt head inspector (Louis Koo) on his case and the hospital’s head surgeon (Vicki Zhao), he must bide his time long enough for his plan to go into action.

Three unfortunately takes a long time to get going; the first half-hour is essentially pure medical procedural, complete with long, gross surgery scenes. It’s interesting to see how To weaves tension into what is essentially a one-location pressure-cooker thriller; it’s even better to see the way he pits the wavering ethics of the three main characters against each other.

What To doesn’t manage to do is keep the intensity going for the film’s relatively short 90-minute runtime. The film bogs down in comic-relief supporting characters and a surgery-gone-wrong subplot that never really pays off. When the film does eventually explode into action, it’s a doozy: an operatic, half-jerky semi-bullet-time action sequence that rivals the work of the aforementioned Woo and Hark, but one that’s ultimately part of a pretty minor work by a major talent. (Alex Rose)