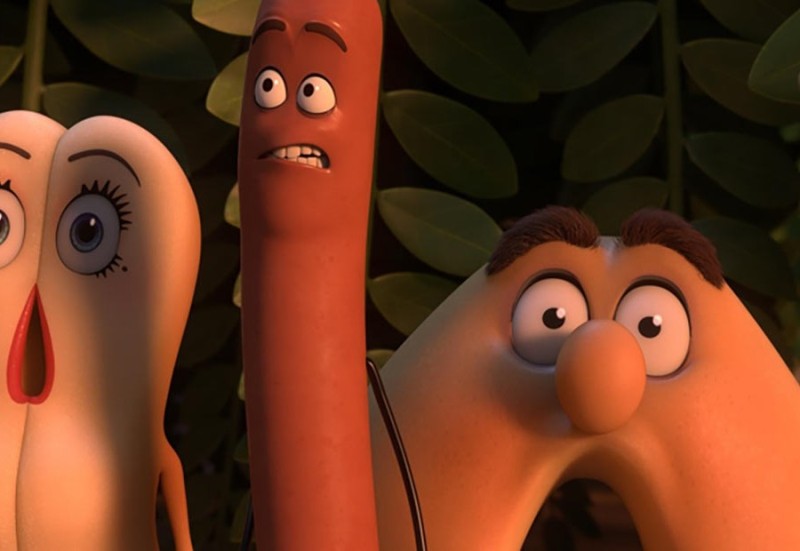 With so much going on in the city at the moment, it wouldn’t surprise me if most people didn’t even realize that Just for Laughs has a film component (once known as Comedia, which appears to have folded back into JFL programming). Adding to the already ridiculously stacked line-up of live comedy shows, the Just for Laughs Film Series brings comedic features and documentaries to the festival.

The big ticket item this year is undeniably Sausage Party, Seth Rogen and Evan Goldberg’s long-awaited R-rated animated comedy. Many years in the making, the raunchy, foul-mouthed movie is being billed as the first-ever R-rated CGI comedy (which seems like it should’ve already happened). Rogen stars as a sausage who lives alongside various other foodstuffs in a grocery store; the dream of all the products who live there is to be purchased and taken to the outside world, not realizing what happens to food when it’s purchased by humans. The film is already getting positive (and positively incredulous) notices since its premiere at SXSW; Montrealers will be some of the first audiences to see the film before it rolls out on Aug. 12. Seth Rogen and Nick Kroll (who provides the voice of the film’s main antagonist — a literal douche) will present the film as it screens at the Imperial on Saturday, July 30 at 8:30 p.m. (This screening is now sold out.) 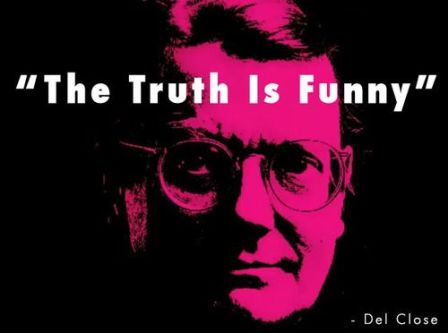 Del Close’s name has become synonymous with improv and comedy in general; the late, great comedian, actor and comedy coach is profiled in Thank You Del – The Story of the Del Close Marathon. An influential member of Second City and the groundbreaking hippie-era troupe The Committee, Close died in 1999 and was subsequently memorialized with a three-day continuous improv marathon. Friends, students and colleagues of Close’s like Bill Murray, Conan O’Brien, Louis C.K., Amy Poehler, Chris Gethard and Nick Kroll appear in the documentary, screening at Parc on July 30th at 9:15 p.m. Director Todd Bieber will be present for a post-screening Q&A session.

Vic Cohen isn’t necessarily a household name or spoken of in the same hushed tones as Del Close, but he’s the subject of Committed, a documentary directed by Howie Mandel, Reed Grinsell and Steve Sunshine. Mandel turns his camera towards his frequent collaborator and his career as a stand-up and comedic performer. Mandel has spent almost fifteen years chronicling Cohen and his budding showbusiness career; now he brings his film to Cinéma du Parc on July 28 at 9:15. Both Mandel and Cohen will be present for a post-screening Q&A.

British-born, Canada-based comedian James Mullinger is a Montreal mainstay, even outside of festival season; it would make sense that he would shoot part of his semi-autobiographical film The Comedian’s Guide to Survival here. Actor James Buckley (The Inbetweeners, Popstar: Never Stop Never Stopping) stars as Mullinger alongside comedy world heavyweights like Luenell, Jimmy Carr and Mike Ward. The Comedian’s Guide to Survival screens on July 29 at 7 p.m. at Parc — the post-screening Q&A will be hosted by Mullinger, Ward and director Mark Murphy

Bassem Youssef is considered Egypt’s answer to Jon Stewart — though, as you can imagine, Egypt and Comedy Central have pretty different ideas of standards and practices. Youssef is the subject of Tickling Giants, screening July 27 at 9:15 p.m. The film explores his position as Egypt’s chief polemicist, a cardiac surgeon turned TV host in a country where courting controversy can earn you more than a simple slap on the wrist. Director Sarah Taksler will be present to lead a post-screening Q&A session.

The film series also features two shorts program — one in French, one in English — featuring a selection of shorts from around the world. ■