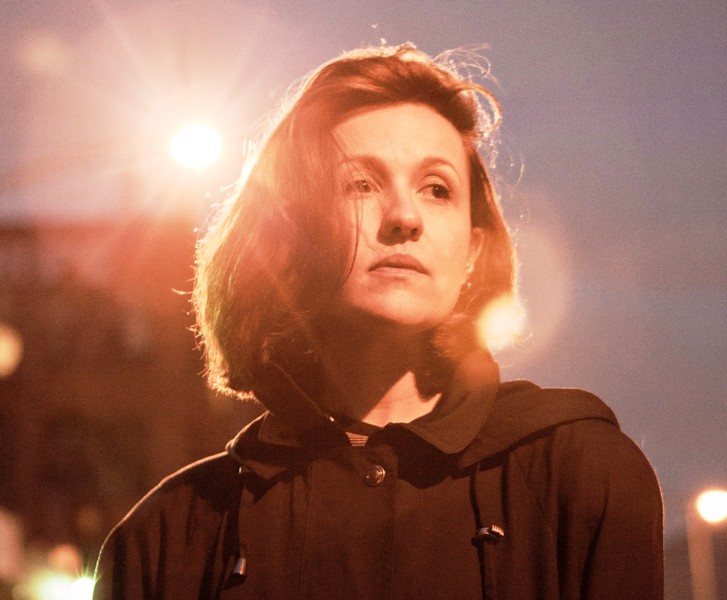 Jessy Lanza is an inspiring force in the Canadian electronic music scene.

Her sample-heavy mix of R&B, synth-pop and techno has earned her widespread acclaim, and following the success of her debut Pull My Hair Back, which was shortlisted for the Polaris Music Prize in 2014, Lanza has returned with Oh No, an album with a heavier vocal presence, punchier dance beats and more reverb-drenched soundscapes.

Donovan Burtan: It sounds like you really developed as an artist with this new album.

Jessy Lanza: I think it was my state of mind. The first record was really fun, but there was a lot of uncertainty and fumbling around at the beginning, with songs that I would send to people and nobody would write back because nobody liked them. For the second record, I felt that if people didn’t like it, I was prepared for that. I really liked it so maybe that’s what you’re hearing — just sheer confidence.

DB: The confidence to take the risk I guess.

DB: How do you and Jeremy (Greenspan, of Junior Boys) work together?

JL: A band like Junior Boys coming out of Hamilton is not typical at all, so I’ve been a big fan since I was in high school. I’ve worked with lots of people prior to this, people I knew from music school (at Concordia), and I had written lots of songs on my own and nothing ever really worked. I had a lot of trouble finding a sound that was definable and it really wasn’t until I started working with Jeremy that it clicked. He’s been such an influence on my creative path — he’s half of everything on my records. It’s like we’re a band but the band is my name. There’s so much ego that comes into making music, which is something I’ve never had to worry about with Jeremy because he’s a really talented songwriter and producer.

DB: You’ve mentioned being inspired by Japanese electronic producers. How does that work into your music?

JL: I’m really inspired by a lot of bands and a lot of genres, and what they all have in common is a dependence on hardware and sampling, which are the two main features for Jeremy and I and how we work. Japan’s Yellow Magic Orchestra is a blend of synth-pop and Kraftwerk-style techno. What I love about them is you can hear all these different influences blended into one, but it sounds so distinctly like them. I think that was the most inspiring part of their work.

DB: There’s a good balance between ballads and dance tracks on Oh No. Was this a goal of yours?

JL: We didn’t plan X amount of slow songs. Actually, when we submitted the record the first time, there were faster songs that got rejected. If I had it my way, I would release one of the slow R&B songs as the single, but no one ever wants to do that.

Back in ’84, when Art of Noise was popular, you put out “Moments in Love” and it would go to #1, but that’s not the way anymore. Actually, I guess that’s not true, there’s that shitty Adele song that’s slow.

DB: Is it tough being in a dance music genre and having moments of subdued beauty?

JL: I’ve been in situations where people have booked me to play shows based on “Hyperdub” and I don’t think they’ve listened to the whole album, so I’m like “Why am I here? I feel I don’t fit in.” But there’s an appeal to that as well — sometimes it’s nice to be the odd man out.

DB: Do you want to say anything about Montreal in particular?

JL: Oh I love Montreal, I lived there on and off for a few years. I went to school there and my best friends still live there today. It’s a great place and I can’t wait to play there. Last time I was there I was opening for Caribou which was like two years ago so I’m really excited to come back.

DB: It’s always good to do a show in a place where you have a piece of your heart.

JL: Yeah I always take a one week vacation in Montreal every year.  It’s a great place. ■