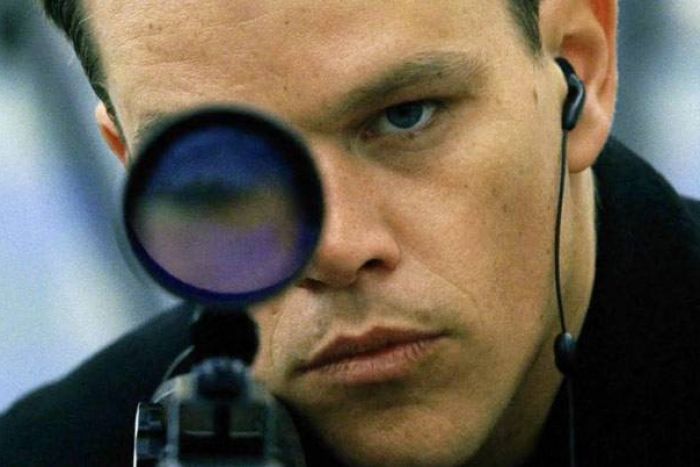 A lot has changed in the 15 years that have elapsed since the release of The Bourne Identity. While the film originally served as a bit of counter-programming for the wayward Brosnan-led Bond movies, its seriousness and dizzying handheld camerawork have become commonplace in most action films. The franchise has even survived an installment that replaced star Matt Damon with Jeremy Renner, but it exists in a world almost of its own: an action franchise that’s technically based on an existing property but has pretty much broken free of those shackles to be its own thing.

The premise of Bourne as a character lends itself well to constant evolution. After all, an amnesiac killing machine who never manages to access those repressed memories will continue being a killing machine as long as he needs to, right? Bourne has been off the grid for years when we meet him eking out a living in brutal underground fighting. He’s summoned out of hiding by his old colleague Nicky (Julia Stiles) who informs him that she’s Snowdened her way into the CIA’s systems in order to expose all of their wrongdoing and shenanigans. This, of course, has made Nicky a target for the CIA, represented here by hotshot young agent Heather Lee (Alicia Vikander) and the cranky old codger of a deputy director (Tommy Lee Jones), and she ropes in Damon from his exile into a whole new world of WikiLeaks, drones and computerized spying.

Let’s get this out of the way first: the prevalence (nay, omnipresence) of hacking in global politics is one of the worst things that has happened to action movies. Where tension was once built through physical action, we now spend 10 to 15 seconds watching a loading bar get to 100 per cent. Globe-trotting adventures were a rite of passage for the silver-screen spy — now you can press a button and explode a dude’s head halfway across the world. The frantic, eyeball-peeling handheld style that Paul Greengrass has developed over the years is very much present here, but for a film that starts sprinting from the first second, it sure drags in spots where people have to transfer files and hack into servers and use the ever-popular “Enhance” feature that magically fixes poor resolution.

Greengrass (who also co-wrote the screenplay this time around) has nevertheless turned his chaotic style into a well-oiled machine. The mind reels when imagining him sitting in front of all the coverage of a scene like the catastrophic car chase that ends the film, a finely tuned collection of split-second shots of shit exploding. Greengrass wisely never lets the audience catch their breath (except when you have no choice because you’re waiting for Vikander to load something, I guess) and barrels through the film top-to-bottom. I would advise that a slight refresher would help if you’re like me and haven’t revisited the previous films in years.

Greengrass and Damon have gone on the record saying that they would be content making Bourne movies until they can’t anymore. There’s something to be said for the stylistic consistency of the films, because this seems like an entirely plausible outcome for the next 30 years. It’s an older, buffer Damon that appears in Jason Bourne, but he really does feel like the only man for the job at this time. I’m not sure it works so well as a standalone action film (there’s no way to know, I guess), but as a cog in the imagined infinity machine that Greengrass and Damon have designed, it’s solid. ■