What does a post-apocalyptic version of Quebec look like, you ask? Well, according to Thierry Bouffard, Carnior and Edouard A. Tremblay’s Feuilles mortes, it’s just a little bit rapey, a little bit Western and a whole lot of whatever Roy Dupuis brings to the table (local rugged flavour?).

Set five years after a mysterious crisis, the province is now a no man’s land populated by small gangs fighting for survival and resources. We follow the parallel journeys of thee characters: Léon (Philippe Racine), a well-intentioned gang member whose journey home turns into a bloody debacle, Marianne (Noémie O’Farrell), a sexual assault victim looking for her aunt, and Bob (Quebec’s very own Sean Penn, the man, the legend, Dupuis), a lone wolf hunting hares and shooting anyone who gets in his way.

The directorial and screenwriting trio of Bouffard, Carnior and Tremblay offer up an imaginative and ambitious homegrown take on the whole apocalypse thing. Our lush forêt boréale replaces the usual futuristic setting of abandoned cities and desert landscapes, while the script incorporates familiar themes to Quebec cinema, such as torn families and possible daddy/mommy issues. It’s definitely not perfect — a lot of the so-called villains feel like bro-ish buffoons instead of scary killers, while the character of a boyish girl longing to become Dupuis’s sidekick is particularly grating. Also, a scene with a ceinture fléchée (no spoilers!) caused a wee bit of a chuckle. This being said, it’s still an interesting and entertaining foray into the genre from three promising local directors. (Roxane Hudon) 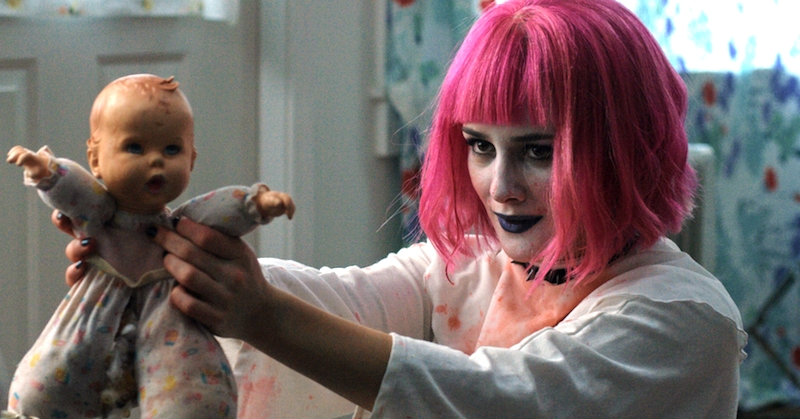 I feel like I harp on originality too much during Fantasia. Watching so many genre films in such a compressed period of time brings out the “this is nothing you’ve never seen before” gene in me, which is somewhat unfair since truly original film concepts are few and far between and originality isn’t even a factor in many of the great films. Once in awhile, though, a film like Little Sister comes along to reassess what I mean by originality. Narratively speaking, there’s not much that differentiates Little Sister from your average Garden State-esque you-can’t-go-home-again dramedy, but it’s the specifics that are key here.

Colleen (Addison Timlin) lives in New York City. She’s about a year away from completing the ecclesiastical studies that will make her a full-fledged nun. Her pothead mother (Ally Sheedy) writes her to tell her that her brother is back in town, so she borrows a car from another nun (Barbara Crampton) and returns to Asheville, North Carolina, where she reconnects with her goth-kid past and her brother (Keith Poulson), who has returned from Iraq horribly disfigured.

And there you have it: there’s not that much to differentiate Little Sister from a lot of slice-of-life dramedies of its kind, but the nuance is in exactly whose life we’re slicing. We’ve seen lots of articles about soldiers coming back from Iraq covered in burns and the feel-good notion that their high-school sweetheart still loves them for who they are, but we’ve never seen a film about it. Ditto millennial nuns, who are probably not a very large slice of the nun population but must exist out there. Little Sister tackles uncommon topics without the shield of quirkiness that seems inherent when I tell you it’s about a 22-year-old goth-turned-nun. Timlin gives an extremely appealing and sympathetic performance and the film mostly avoids the indie-rock-spattered clichés inherent in this kind of story. It’s nothing you haven’t seen before, as they say, but it’s certainly worth a look. (Alex Rose)