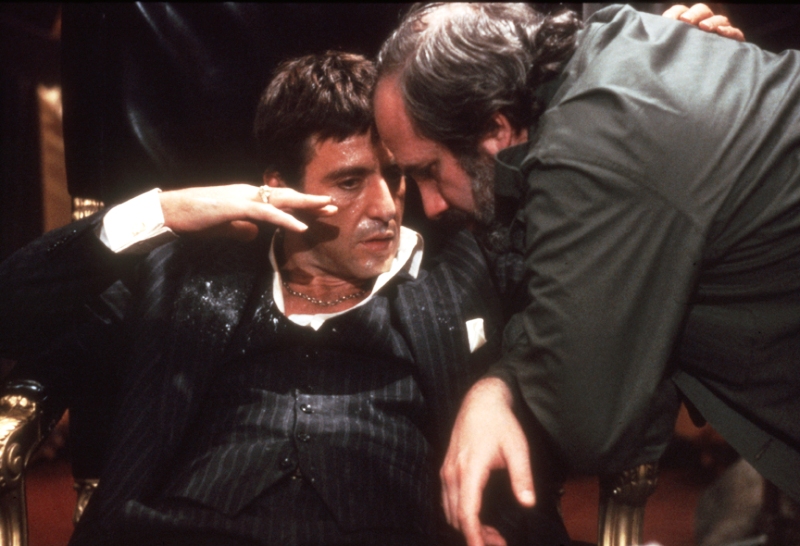 Al Pacino and Brian De Palma on the set of Scarface

Jake Paltrow and Noah Baumbach’s De Palma is such a straightforward concept that it’s surprising we don’t see more of it: it’s Brian De Palma going film-by-film through his career, interspersed with clips of his films. No one else is interviewed; De Palma speaks directly to the camera throughout.

Paltrow and Baumbach are all but invisible behind the camera, and the film has the feeling of being an off-the-cuff, career-spanning commentary track. Paltrow and Baumbach knew De Palma socially, and it’s through hearing the veteran director talk about his career that the idea of the film took off. I spoke to Paltrow (who has two features — the romantic comedy The Good Night and the dystopian sci-fi The Young Ones — under his belt) about his latest project.

“This whole endeavour was grown out of these friendships,” explains Paltrow. “Noah had a friendship, I had a friendship with him which was independent of Noah’s. We sort of pulled this friendship and started spending a lot of time together over the course of the last decade. Brian talked to us very openly, at these dinners and things, about the movies and his experience of making them, what he thought worked… you know, all these experiences. The way he talked was very similar to the movie – just electrifying. After a year or two of both of us hanging out with Brian, we just turned to each other and said, ‘We should try to get him to say all this stuff on film.’ It’s too good, it’s too valuable, nobody talks like him. We approached him, and he agreed to do it.” 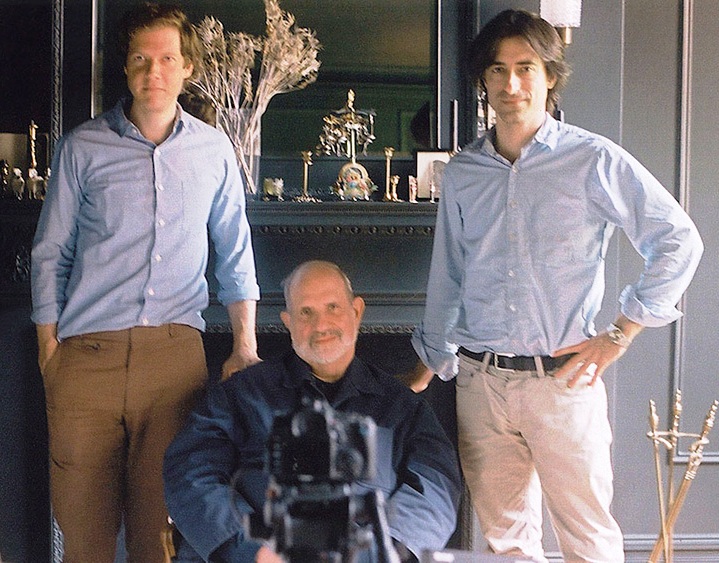 Having De Palma go through the film chronologically also means that time is spent on each and every one of his movies; that means the usual suspects like Scarface and Carrie, but also time devoted to more obscure efforts like his 1986 gangster comedy Wise Guys, starring Danny DeVito and Joe Piscopo. “The goal was for it to be an extension of these intimate conversations that we had,” continues Paltrow. “There was no plan for it for beyond that. It was really about the directing – about these movies. How do you go from being someone in your 20s making this at, you know, that budget level, to being how old you are now and making what you’re making now. It had a real nuts and bolts approach to it. It’s coming from a place of directors interviewing a director. (…) It wasn’t originally intended as a movie-movie. It was a very selfish endeavour — we just wanted to have it! As it went along we realized that it was probably going to be something special.”

A couple of times during the film, De Palma speaks directly to Paltrow and Baumbach; he refers to “the kinds of films you’re making” as if to separate his generation of filmmakers from the one Paltrow and Baumbach inhabit. “The main thing – and I know Noah feels the same way – is that the basic foundational common between all of us is that we’re personal filmmakers. I’ve written everything I’ve directed, so has Noah; Brian has written most of the things he’s directed. If he hasn’t written them, he’s developed them or had the idea. The seeds of these stories are coming from a very personal place. Genre, in a way, is totally secondary. When the thing that you’re interested in seems to be generated from yourself — whoever you are, however — that is common ground with people who do it that way, as opposed to people who are reading scripts or books to get inspired and get into it in a different kind of way.”

In that sense, De Palma remains an influence on both Paltrow and Baumbach even if the kinds of films they make are diametrically opposed. “That said, though, I feel like I’m more inspired by Brian as an older person than I was, you know, when I was a kid,” Paltrow says. “I was in love with him when I was a kid. One of my favourite, favourite, favourite directors, in the pantheon from when I was very young. In some ways, spending time with him and making this movie has informed the way I think about the way he puts emphasis on visual storytelling, talking about Hitchcock tradition in those terms, film as a language… These are things that I hadn’t really thought of before.”

Before we finished our conversation, I had to ask Paltrow perhaps the most obvious question (but one that I really did want to know the answer to): after all this time spent celebrating Brian De Palma’s movies, which one is his favorite? “I feel like I answered that once and I was like — forget it, it’s impossible! I can tell you the one that I keep saying is on my mind because I think it’s the most beautiful expression of everything he’s interested in. I wouldn’t say it’s my favourite, and I wouldn’t say I think it’s the best one, but it’s one I love: Carlito’s Way.” ■