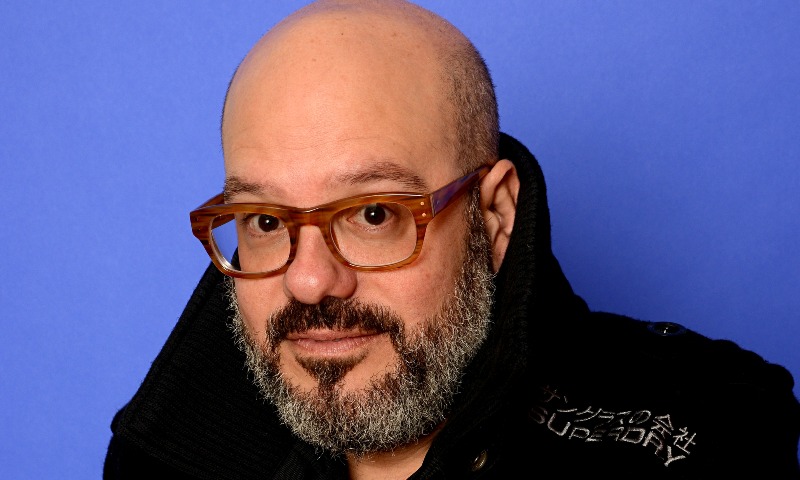 David Cross is about as big a name in comedy as you’ll find, and if you didn’t catch his Making America Great Again! tour this spring somewhere across this great, wide continent, you’ll find him hosting a Just for Laughs gala this month..

And whether you know him as the never-nude, blue-himselfman on Arrested Development, his starring role as the hapless Todd Margaret on a self-produced BBC series, his side-splitting stand-up or any number of other TV and film roles, one thing is certain: unless you’re a right-wing nutjob, you find him funny.

We talked about the recent Netflix comeback of his ’90s sketch comedy show with Bob Odenkirk (Mr. Show With Bob and David), being offended, expressing an opinion and the Internet.

Here are some highlights:

ON REBOOTING MR.SHOW
“It was our only opportunity to do it, really, precisely because we’re both so busy. We’re at least 3,000 miles away from each other most of the time. We had talked about doing a tour to observe the 20th anniversary of Mr. Show. It one of those things, like, In Living Color got some big press thing, and they did this whole reunion, and I think we realized, ‘No one is going to do that for us.’

Then Bob was like, ‘What the fuck, why do all this work on a stage show when we could do four half-hours?’ (So) we very quickly got a deal together and did it. There are only four new episodes because that is all that time allowed.”

ON ODENKIRK’S OTHER OEUVRE
“I watched the entire first season of Better Call Saul. I thought it was amazing, probably the best show on TV.”

ON BEING OFFENDED
“Some people are offended at truly offensive things, while other people — I would suggest maybe even the majority of them — are, in my opinion, overly sensitive and too easily offended. If you’re talking about jokes, I would never shut anybody down because they’re offensive, but you certainly open yourself up for criticism.

“I’ve offended a lot of people, especially on this tour, and I don’t care. I haven’t heard (any feedback) that made me want to drop it. And you know, I’ve said things here and there and people have gotten upset and occasionally I’ll go ‘Yeah, I can see that,’ and I’ll either change it or drop it. That’s very rare. But it’s so relative and subjective.”

ON BEING OFFENDED ONLINE
“If you’re talking about the Internet, that’s a fool’s errand, to try to have a discussion online.”

ON BEING ENTITLED TO AN OPINION
“Technically, you’re entitled to your opinion. It’s how you want to express your opinion that you start getting to a point where you’re not entitled to do certain things. If your opinion is based on wrong information, misinformation, deceit — that’s a whole other issue as well.

“If you look at what happened in England, very quickly after the vote there was a petition put up by a guy who had voted to leave to have a re-vote. Of course a lot of people are going, ‘Hey man, that’s how democracy works. You don’t get any do-overs.’ But his point, and now the point of over three million people, is that they were given the wrong information with which to make the choice. And that could be powerful. We’ll see if it resonates to other countries. Certainly people in the U.S. vote (by) being fed misinformation.

“Let’s be honest upfront: I don’t have the answers. That is, ironically, as it wraps full-circle, my opinion.” ■