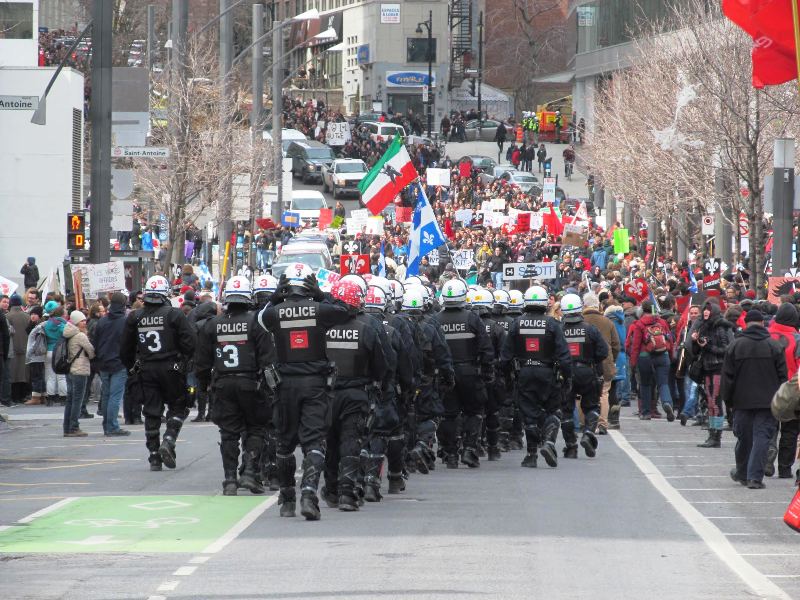 If your dad was ill and you told other people that your father’s life matters, is that the same as saying that their lives don’t?

Of course not, and only the most insensitive of idiots would greet your statement with: “All lives matter.” In that context, “all lives matter” not only ignores your sentiment, it dilutes it into insignificance. It’s the equivalent of telling someone whose father is dying of cancer that “we all die in the end.” Very real fears are being met with platitudes, and the saddest part is that so many of our fellow citizens refuse to see beyond this semantic game.

That’s why “all lives matter” is such an insulting response to the Black Lives Matter movement. It is dismissive and patronizing, an admission that the concerns of Black Lives Matter aren’t being heard and certainly won’t be acted on. So if you can’t get your head around the slogan, try asking it as a yes-or-no question instead.

Yes? Good. Then let’s start talking about how we can, in fact, improve the lives of everyone by ensuring that black lives matter to police, including the ones right here in Quebec.

Even though there’s little doubt that the dangers faced by racial minorities at the hands of the police are much greater in the United States than they are in Canada, the solutions being proposed by civil rights groups apply equally well in both countries. The U.S. situation is made considerably worse by that country’s insane gun culture, but as many members of minority communities here will tell you, being pulled over for “driving while black” is common here, too.

So let’s look at what Campaign Zero, which has arisen out of the BLM movement, is proposing as a solution to police violence in America.

1. End “broken windows” policing. This is a policing philosophy that says tolerating small crimes leads to larger crimes. In practice, it often translates into harassment of citizens in minority communities for minor offences, such as the 2008 dice gambling incident that led Montreal police to shoot three unarmed young men, killing Fredy Villanueva, 18.

2. Civilian oversight. This means an end to police departments that are responsible only to themselves. Campaign Zero calls for an all-civilian group to oversee police policies and even to appoint the police chief, as well as to oversee a civilian complaints office. This is a far cry from the timid police reform recently adopted by the Quebec government where police actions resulting in death or serious injury will continue to be investigated by a team exclusively composed of white males, most of whom are former police officers or employees.

3. Limit use of force. Require officers to use restraint when arresting citizens, including using de-escalation tactics to calm suspects who don’t pose any immediate danger. Other proposals include requiring officers to intervene when fellow officers use excessive force and to report such incidents to commanders.

4. Independently investigate and prosecute.  See 2, above.

6. Body cams/film the police. Montreal police are currently conducting a pilot project to place body cameras on police officers. Other jurisdictions have shown this to be an effective way to reduce complains of excessive force. As long as legitimate privacy rights of both citizens and officers are respected, this is an essential prevention measure that should become obligatory for all on-duty officers. Equally, the right of citizens to film police actions must not be impeded nor their recording devices seized without a warrant. Combined, these measures will reduce reliance on self-serving testimony from police and witnesses.

7. Training. Officers need more comprehensive training in how to interact with the mentally ill, members of cultural minorities, LGBTQ communities etc. In addition, periodic objective testing should be used to identify officers with implicit bias so that they can receive further training and/or be fired or reassigned away from sensitive districts.

8. End policing for profit. Although U.S. laws that allow police forces to seize property and sell it for their own use isn’t a problem here, other Campaign Zero recommendations do apply. For example, ending police quotas for tickets and arrests and limiting fines and fees for low-income citizens.

9. Demilitarization. Again, Canadian police may have not become addicts of the Army Surplus store the way U.S. forces have, but big city forces like Montreal’s have adopted much more aggressive, military-style tactics in recent years to deal with largely peaceful protests. Fully-equipped riot police are routinely paraded on the edges or even in the middle of marches as an intimidation tactic and kettling manoeuvres are deployed to sweep up hundreds of citizens at a time.

10. Fair police contracts. This means changing collective agreements that impede a fair process for the investigation of civilian complaints and the disciplining of errant officers. 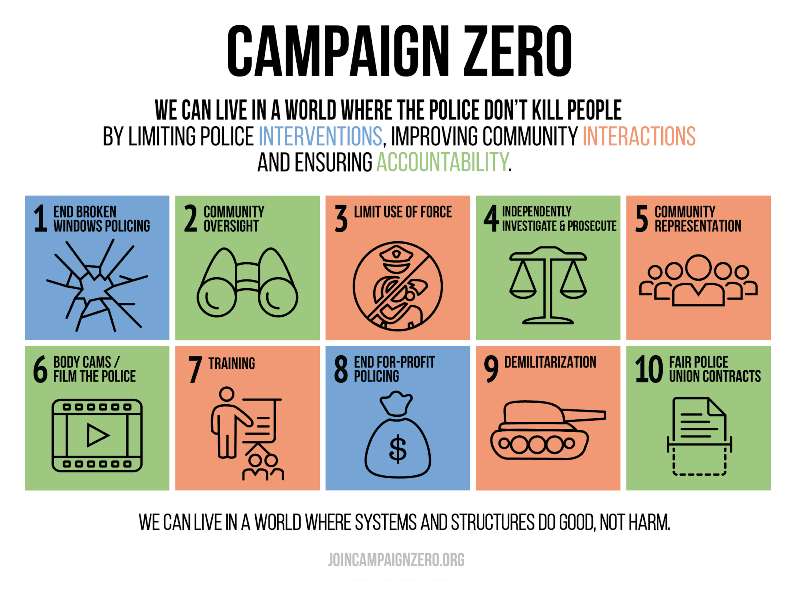 Reducing inequity in the way police deal with minorities isn’t a panacea for the other forms of overt and systemic racism in Quebec or elsewhere, of course. Other tools and tactics are needed to counter discrimination in employment or housing, to name just two areas where minorities regularly get screwed. But Campaign Zero is an excellent illustration of how movements like Black Lives Matter are aimed at making changes that benefit all citizens, not just those who are most directly affected.

Black Lives Matter because all lives should matter. Until our minorities are treated with the same respect that we demand and expect for ourselves, there is no equality, there is no “all.” ■