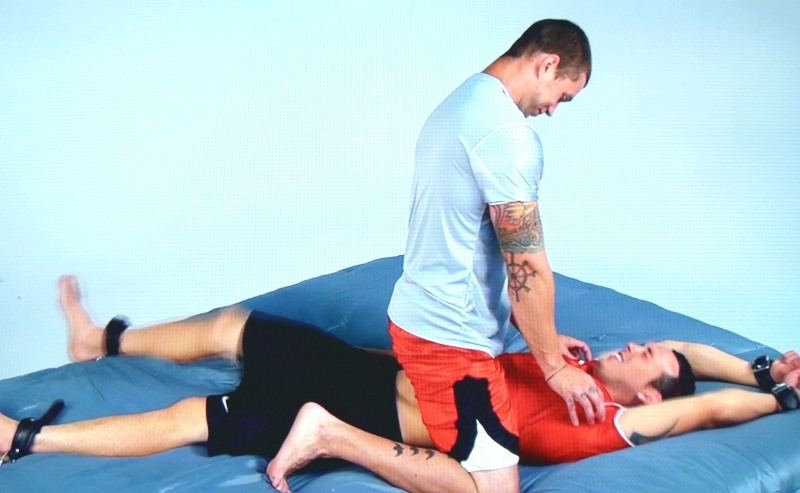 Tickled begins innocuously enough. David Farrier is a New Zealand journalist who specializes in investigating the odd, the zany and the unusual. Through his research, he stumbles upon a seemingly endless wave of professionally shot videos showcasing young men engaged in meticulous acts of full-body tickling.

While decidedly non-sexual, they have a fetishistic air about them. Wanting to know more, Farrier attempts to contact the people behind the videos, and unleashes a beast he never saw coming. He’s threatened, sued, insulted, followed by private investigators and essentially hunted down by shadowy figures from the world of “competitive tickling.”

What begins as a fun study reminiscent of British documentarian Louis Theroux’s sillier early specials — Farrier even bears a physical resemblance to Theroux, so much so that he was mistaken for him at a Hot Docs screening of Theroux’s latest film last year — takes a turn into quasi-thriller material, but to say more would ruin the peculiar mystique of Tickled.

“When I saw those super weird tickling videos, I thought ‘This is a great, quirky two-minute story!’” says Farrier when asked what made him take the leap to a feature. “I think it was when the company that was making the videos started hiring lawyers. It’s not in the film, but I was at work and I got a call from a private investigator hired by the company; he was at my house. He asked me ‘Are you home?’ and I said ‘No, I’m at work!’ Then the company sent these three men over from New York to New Zealand and I thought there’s got to be more to this story. (…) Before that, it was just blogs on the Internet.” 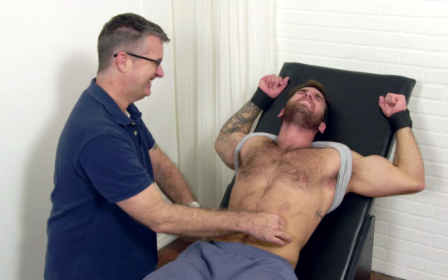 The film is Farrier’s first, but he’s already rather well-known as an entertainment journalist in New Zealand. “A lot of my articles were about weird stories I found online or things that typical New Zealanders hadn’t seen. When I started my job 10 years ago, that was super easy; nobody was on the Internet, so I could still surprise you. Now things move at a ridiculous pace. Even Facebook has the craziest stuff directly in people’s feeds. It was harder and harder to find things to write about. When I came across the tickling videos, I thought it was stranger than what I’d usually see, maybe because the production values were so high. It was obviously in a photography studio, because the walls were white. There was all the Adidas gear, which made me wonder if the whole thing was sponsored by Adidas. The videos were weird — but you’re right, it’s not that crazy. What really pushed me forward was the animosity.”

Farrier and his co-director Dylan Reeve put themselves in some fairly thorny situations throughout the film — a staple of investigative journalism, certainly, but most journalists don’t also find themselves investigated at the same time. “We were trying to get people on camera who didn’t want to be on camera,” explains Farrier. “You know, we’re in America, and these are people who very clearly told us not to make the film. (…) The main thing in the back of my head — and it may have just been me being naive because it’s America — is maybe they’ve got guns. What’s their behaviour gonna be like? In New Zealand, no one really has guns. The worst that might happen is you get a punch in the face.”

Most documentaries can’t be spoiled, what with truth being stranger than fiction and all that business, but Tickled has to be seen to be believed.