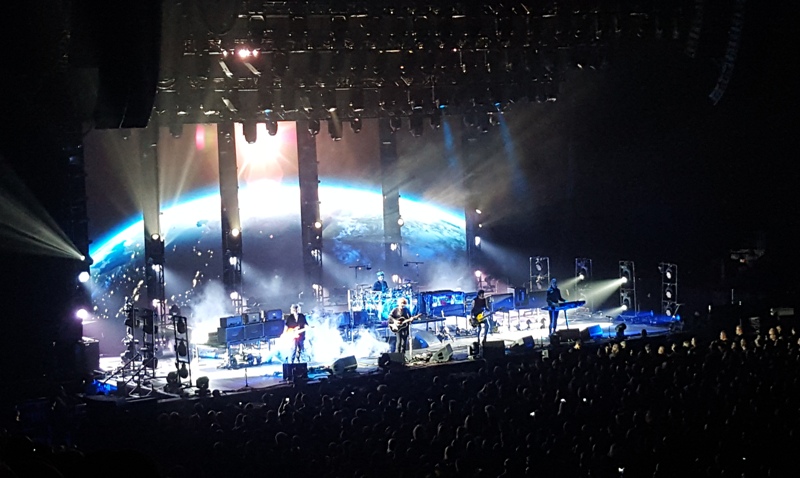 Roughly 40 years since they played their first notes in Crawley, England, the Cure are selling out arenas. The Bell Centre was jammed with three generations of fans last night, whooping and yelling and dancing through long stretches of the band’s three-hour set, which packed the hits into concentrated wallops of heart-wrenching classic pop.

Of course the Cure is and has usually been founding singer/guitarist Robert Smith, bassist Simon Gallup and a revolving door of musicians – at the moment that includes guitarist Reeves Gabrels (who played with David Bowie in the ’90s, and now looks remarkably like an electrified Larry David).

But while the band kicks up the Cure sound to its full arena heights, Smith is the heart, soul, face, hair and voice that makes the band what it is. And luckily, unlike some of his contemporaries (Echo and the Bunnymen’s Ian McCulloch comes to mind), his voice hasn’t dulled with age – it still cracks and soars and colours the darkwave love songs and crooked post-punk narratives and crowd-pleasing pop songs just like a dream. 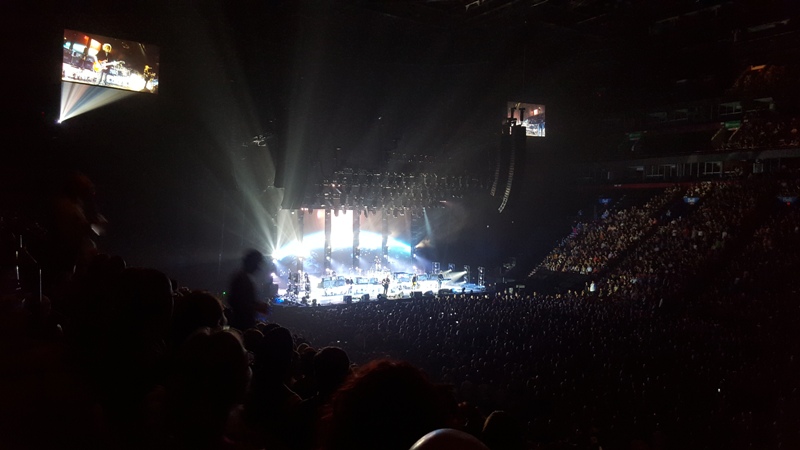 The set zig-zagged from 30-year-old mega-hits to more grandiose, relatively recent material, songs that sound like they were written for the arena (with more guitar heroics than greatest-hits-level fans like me might expect). The Cure’s landmark 1989 album Disintegration was repped early on with “Pictures of You” and before long that record’s big single “Lovesong” got much of the seated crowd on their feet, followed in short order by the one-two punch of “Inbetween Days” and “Just Like Heaven.”

Much of the second hour focused on material from the ’90s and aughts — the band’s 2000 album Bloodflowers was practically played in its entirety over the course of the show, though strangely there was nothing from their two subsequent records. Judging from the more muted response and the number of bar/bathroom/smoke breaks around me, this was clearly the lesser known, lesser loved material, but soon the set was over and a wave of heavy encores crashed down.

They began with a new, unrecorded song called “It Can Never Be the Same” (see a recent live video of that here), followed by the title track from their early classic record Pornography, and wrapped with a succession of hits from their mid-’80s sweet spot, the albums The Head on the Door and Kiss Me Kiss Me Kiss Me. “Boys Don’t Cry” — arguably the Cure’s biggest and best known song — was the climax of this greatest hits show, and the adulation in the arena suggested that the fans left satisfied.