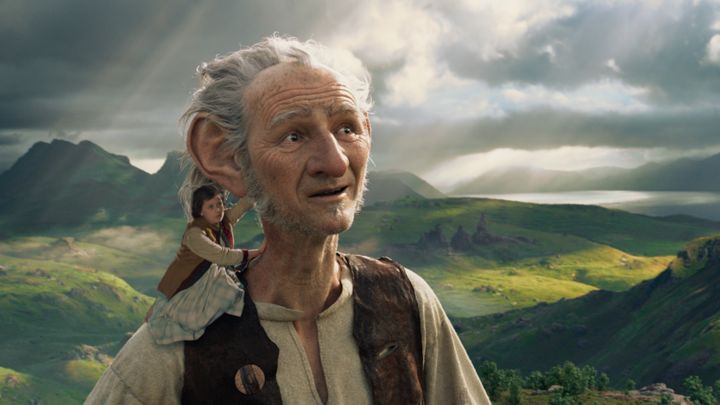 Ruby Barnhill and Mark Rylance/CGI in The BFG

I read a lot when I was a kid. People thought that perhaps this was a sign that I was a genius who would go on to do great things. In fourth grade, I kept a running tally of books I’d read and it amounted to something absurd like 150 novels by the end of the school year. Granted, a lot of these were Hardy Boys and shit, but also Elmore Leonard and Michael Crichton and the insane unabridged version of Stephen King’s The Stand. Anyway, I wouldn’t really qualify this as a humblebrag (even though it sounds like one) since the world eventually caught up to me and this year I’ve read like four books, all of which were music biographies, and done nothing particularly great with these absurd speed-reading skills I developed when I was 10.

In any case, I bring up this mostly irrelevant fact because I worshipped at the altar of two particular authors: Gordon Korman and Roald Dahl. I read everything I could find by these two giants (I’m pretty sure I even borrowed one of Dahl’s erotic novels from the library, but I have no particular recollection of reading it) and they defined the canon of what I indiscriminately shoved into my brain at the time. This would, I suppose, place me in the camp of Internet tragedians whose lives will inevitably be ruined by an adaptation of The BFG — except that, sitting down and watching Steven Spielberg’s take on Dahl’s The BFG, I realized that whatever work Dahl’s book had done to sculpt my taste was way, way back in the past.

That’s not necessarily a bad thing. Like many blockbuster movies I see these days, the feeling is that I would’ve lost my shit if I’d seen The BFG in 1994. The overwhelming feeling isn’t one of nostalgia, per se, but simply that this movie isn’t for me anymore — and that the me that this movie is for is long gone. I don’t typically review children’s movies but I made an exception for Spielberg, and let me be the first to tell you: The BFG is one of Dahl’s most straightforward fairy tales, and while it holds some darkness, this film aimed at children is most definitely a film aimed at children. 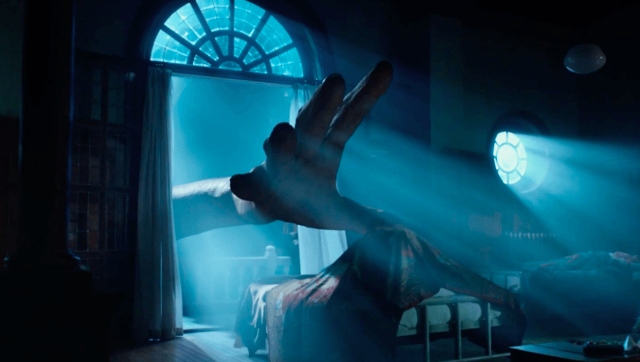 Sophie (Ruby Barnhill) lives in a London orphanage; suffering from insomnia, she spends most nights pretty afraid that something will come and snatch her out of bed. Her worst fears are confirmed when that exact thing happens: a giant reaches in and takes her back to his lair. This giant (Mark Rylance) may look scary, but he’s actually the runt of the litter. Uninterested in running around and smashing things and eating humans like his brethren (he’s a vegetarian!), he instead spends his time capturing dreams in Giant Country and redistributing them to humans in London. The only reason he’s captured Sophie is because he’s afraid she’ll go back to London and tell everyone there’s a giant roaming about. Sophie soon grows to enjoy the BFG’s company, but her presence in Giant Country is threatened by the Fleshlumpeater (Jemaine Clement), a giant twice the size of the BFG who has a purely gastronomical interest in Sophie.

Spielberg uses a strange blend of live-action and CGI to bring the film to life. Rylance, for example, is motion-captured but his traits have been applied to the character, which gives the BFG a warm (and, let’s face it, slightly GWB-ian, what with the oversized ears) aura not often found in computerized creations. Spielberg utilizes 3D and CGI as a type of rear projection that means Barnhill always looks slightly “off” compared to the rest of her surroundings. It’s an interesting way of blending throwback technology and cutting edge CGI. Suffice to say the entirety of the movie looks fantastic, and Spielberg basks a little too hard in mirth throughout (there’s one interminable sequence of the BFG capturing dreams that overall feels like Spielberg just working a team of graphic artists to death).

There’s a wholesomeness to the proceedings that’s both beautiful to see and a little boring. While the film retains the original novel’s fart jokes (including a massive fart-o-thon that sends a flatulent corgi flying across the room), it doesn’t really have much weight to it. The bad giants have gruesome names, but they’re dopey dolts that fall all over themselves and never really feel like they’re actually going to do anything bad. Ditto Sophie’s pretty easy move from terrified of the giant to completely and utterly devoted; it’s simplistic in a way that doesn’t require hoop-jumping for little kids, but for everyone else, feels a little… well… childish, I guess.

More than anything, though, The BFG is simple and sweet. It’s a film aimed at little kids who may not grasp all of the giant’s slips of the tongue but are otherwise easily enamored with its bright colours, villainous villains and non-perilous peril. Spielberg and screenwriter Melissa Mathison (who also wrote E.T. and passed away last year) have sanded the edges off of Dahl’s work in a way that doesn’t really ruin either the book or the film, but definitely makes the whole thing a little dull. When Pixar came around, it basically created a world where a film for kids didn’t have to be just for kids; while The BFG isn’t specifically for kids (and may bore the living crap out of kids raised on animated films that prominently feature dance sequences set to current pop hits), it’s certainly going to strike a chord with the 10-and-under set. ■

The BFG opens in theatres on Friday, July 1. Watch the trailer here: