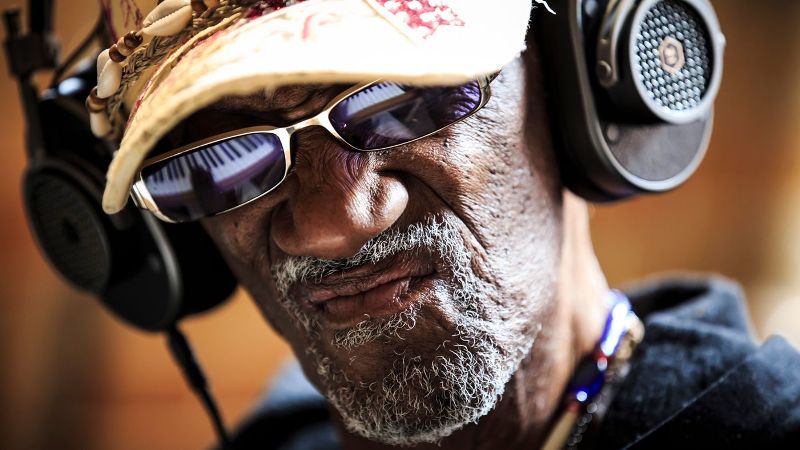 In the wake of his passing at 72 on Friday, NPR called Worrell “the most influential keyboardist you’ve probably never heard of,” but then the history of rock’n’roll sidemen tends to favour the Jimmy Pages and Keith Moons. Unless the keyboard player is also a frontman à la Stevie Wonder or Elton John, they might not end up on a lot of posters in suburban basements. And Parliament-Funkadelic, though legendary, never seems to get credit they’re due for being glam rock pre-Bowie, having as many riffs as Zeppelin, or giving Dr. Dre a career.

Worrell started on piano as a toddler. He claimed to Music Radar that he was born with perfect pitch and sight-reading by the time he was three-and-half years old. He also recalled performing his first classical concert at age 4, composing his first concerto at 8 and performing with the National Symphony Orchestra at 10. Later, he would attend the New England Conservatory. In another life, Worrell might have been a Mozart.

Instead, he ended up sharing a stage with dancing pimps, diaper-wearing guitarists, and, of course, a humunculous groove-inducing mothership. It’s not often someone with nicknames like “Bad Bosco” and “Wizard of Woo” also receives an honorary doctorate.

A founding member of George Clinton’s Funkmob™ Parliament-Funkadelic, Worrell helped power these groups to critical mass. By 1975, when Parliament was minting gold records with the most all-star lineup of funkateers ever assembled, including Fred Wesley, Mike Hampton Bootsy Collins, Gary Shider, and Maceo Parker, Worrell kept the enormous group on task. He is credited as co-creator for most of the groups’ major singles, including “Red Hot Momma,” “Up for the Down Stroke,” “Chocolate City,” “P-Funk (Wants to Get Funked Up),” “Mothership Connection (Star Child),” “Dr. Funkenstein,” and “Aqua Boogie (Psychoalphadiscobetabioaquadoloop).” He also co-penned many fan-favourites, among them “Be My Beach,” “Undisco Kidd,” and “Sir Nose D’Voidoffunk.”

Worrell was likely the band’s most versatile member, playing piano, Hammond organ, Hohner clavinet, Wurlitzer electric piano, and the Minimoog synthesizer. He also wrote horn arrangements and sang lead on “Hit It and Quit It.” His virtuosic style incorporated jazz, classical, and whatever space-aged stuff was going on in his head. Hendrix comparisons are apt for Worrell’s experimental approach: his wailing, free form bends underlay “Supergroovalisticprosifunkstication” and his joyous, almost flatulent squelches lend a psychedelic quality to “Night of the Thumpasaurus Peoples.” Synthesizers aren’t readily associated with metal, but check out how heavy Bad Bosco gets on “Lunchmeataphobia (Think! It Ain’t Illegal Yet).” He also co-wrote a track with the most bump and grind title ever: “Butt-to-Buttresuscitation.” In 1977 he found time for a solo album, All the Woo in the World.

When the music press refers to Skrillex as a master of the low-end frequency, they’re also implying that Skrillex, his influences and his imitators have Worrell to thank for bringing electronic bottom to dance music. On “Flash Light,” an R&B chart-topper that bridged the gap between black music and new wave, Worrell ran Bootsy’s bassline through three synced Minimoogs, and the rest is history. Soon, session bassists were angry at Worrell for putting them out of work, so in demand was the sound of synth bass: The Spice Girls’ “Say You’ll Be There” is only the most popular “Flash Light” rip-off. Oh, and that’s Bernie squealing away on “Atomic Dog,” the source material for Snoop’s “Who Am I (What’s My Name?)” and, according to WhoSampled, a whopping 260 other tracks.

When the Parliafuckadelicment Thang dissolved in the early 1980s, Worrell continued his solo career and went on to appear with Talking Heads in the live film Stop Making Sense, and played sessions with Praxis, Keith Richards, Yoko Ono, Nona Hendryx, Manu Dibango and The Pretenders. He even backed up Meryl Streep in the 2015 film Ricki and the Flash. In 1997, no less than Prince inducted Worrell along with 15 other P-Funkers into the Rock and Roll Hall of Fame. In 2011, Worrell appeared with Bootsy Collins at the Festival International de Jazz de Montréal, and he continued playing concerts through 2016.

Despite this CV, in interviews, Worrell came across as humble, laughing at the descriptors “prodigy” and “pioneer.” For The Bernie Worrell Orchestra’s 2013 tour, the group used Kickstarter to crowdfund a mega-sized van. Whereas the band played a satellite radio station onboard where he would hear his early work, Worrell preferred listening to nature sounds, and translating the noise of birds, frogs, and crickets onto the synthesizer. On his revolutionary Moog playing: “I turn the knobs until it does what I want.”

But listening to the fade-out to his epic 1975 spotlight “Atmosphere” and it’s easy to imagine Bernie’s spirit soaring off on that mothership. ■