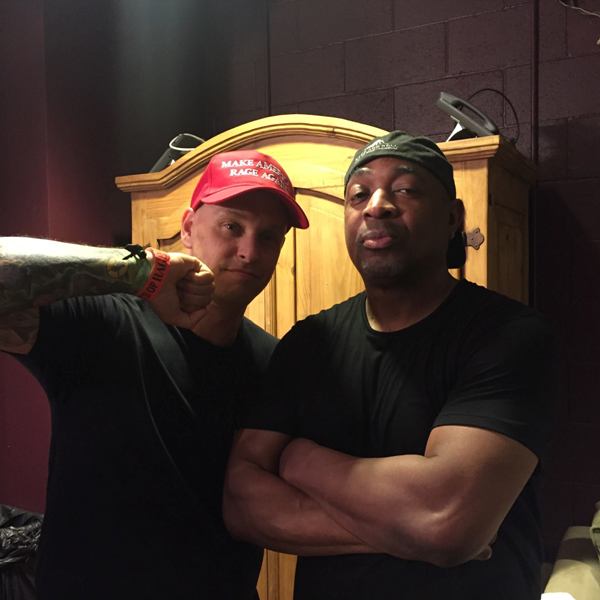 You may know local media personality Jason Rockman from his gig as host both on CHOM and CJAD as well as from his longtime gig as frontman for legendary Montreal ragers Slaves on Dope.

What you may not know is how huge a Public Enemy fan Jason is. When it was announced a short time ago that members of Rage Against the Machine, PE, and Cypress Hill would be forming a supergroup, Prophets of Rage — named for the PE track of the same title — just in time for the home stretch toward the U.S. election this fall, the Internet caught fire, and I swear my own personal newsfeed was inundated by posts on the topic by Rockman.

When the band began to roll out last week with a couple of surprise Los Angeles shows, Rockman, already en route to California on unrelated business, scored tickets to their June 1 gig at Hollywood Paladium. I caught up with him by email over the weekend to pick his brain about the band, their politics in these trying, Trumped-up times and how the prophecies are being fulfilled, so far. 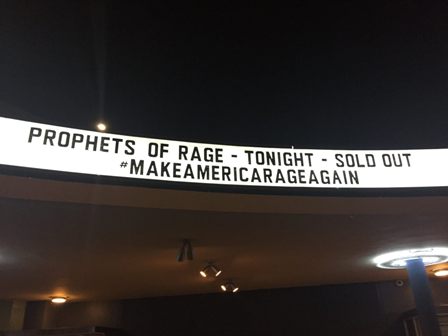 Darcy MacDonald: What do you remember  about your first exposures to Public Enemy, Rage Against the Machine and Cypress Hill?

Jason Rockman: Public Enemy are the soundtrack of my life, and have been an instrumental part of my life ever since first buying It Takes a Nation of Millions to Hold Us Back  in 1988. The minute I heard that album, something in my head clicked, and I was instantly hooked. I have everything they have ever put out, and Chuck D is my hero.

I got the first Cypress album in 1992, one month after I got sober, and all I remember thinking was, “Man, this would have been a great album to get high to.” It was fresh, original, and B-Real’s voice was like nothing I had heard before

Rage blew the doors open for rap/rock. They had the an undeniable groove and played so tight together as a unit, that it made me want to be a better musician. Zach was a vocal monster, and an unapologetic political time bomb.
My band covered “Killing In The Name” for years.

DM: I know you’re a huge PE fan and recently interviewed Chuck D. Do you recall your first PE live experience? And did you ever catch Rage?

JR: I saw PE in the early ’90s at the Rialto in Montreal It was incredible, and have seen them many time since. I much prefer to see them in the U.S., because that is where you will get the full experience with Griff, who has had border issues with Canada for years. They will bury any band half their age live…energy, charisma and a catalogue of music to satisfy. (I’ve) never seen Rage.

DM: Now for the big question: How was it? I have seen the set list and the balance of the music represented by the three bands is commendable, but what was the show like? What were the highlights, surprises and what was the vibe of the crowd?

JR: It was amazing. This is the only logical way for the remaining members of Rage to perform these songs. They have enlisted Chuck, who in essence birthed Rage through his music in PE, and he he commands the stage and brings an authority and respect that is undeniable.

B real is incredible as well, and surprised me with his vocal range. The dude can scream! The blend of both voices work, and never seems like its forced.

Tom, Brad and Tim (of RATM) are insanely tight. They have a groove that can’t be touched and seem thrilled to be doing this. This isn’t just for for fun. Prophets of Rage have a message and mandate, and really intend to wake America up with this.

The surprise of all of this is DJ Lord. He adds so much to the live experience, and is a born showman. Rage have never had a DJ on stage with them, and it’s a fantastic addition to the live experience. I can’t say enough about the way these guys gel together, and for a band that was really only playing their scond show together, they blew me away.

(Also) it was a who’s who in the VIP area. I saw Derrick Whitby from Sum 41, Tommy Lee, Sheppard Fairey, Dave Grohl and many more all losing their collective shit. 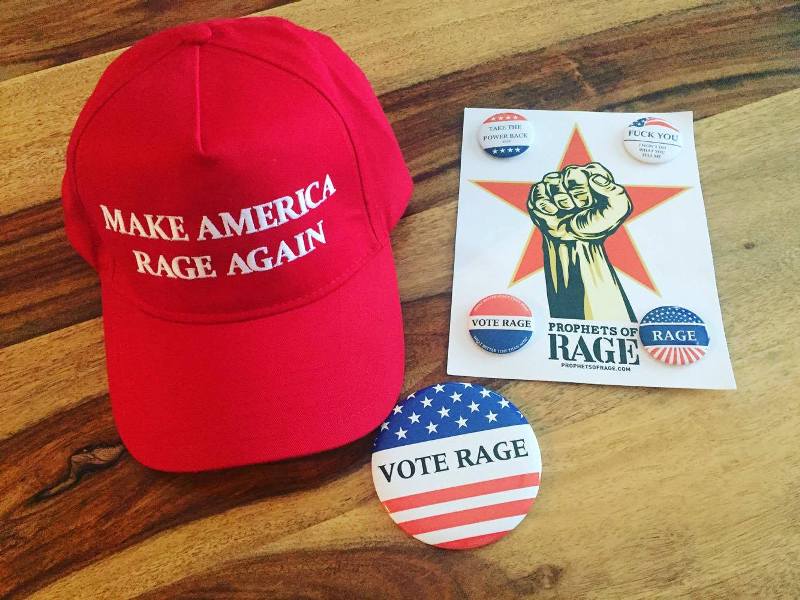 DM: How did you feel about Audioslave back in the day, and is there any parallel, pro or con, to draw to Prophets?

JR: This has nothing to do with Audiosoave, nor does it resemble it in any way. People want to draw this comparison because they love to label things. POR is angry, serious and wants to make a difference. I liked Audioslave, and love (singer Chris) Cornell, but this is a whole other level

DM: Did you have a chance to interview anyone in the band, or did you learn anything in conversation you can share about the band’s intentions moving forward?

JR: I spoke with Chuck and Lord after the show, but it was mostly to congratulate them on an amazing show. We spoke briefly about some collaborations we are doing together musically in the future, and snapped some pics.

I had a chance to talk to Tom Morello, who I had met in 2000 when my band was recording “Inches From the Mainline” at A&M studios (now Henson Studios). He remembered me and thanked me for coming, and told me that there was a very strategic roll-out on the way for POR, and it will surprise everyone.

JR: There has never been a better time for this band to be starting. Between the three bands, they have a catalogue of music that talks about railing against the system, and with an asshat like Donald Trump running for the greatest office in the free world, POR are the knights in raprock armour America so desperately need. I hope everyone gets a chance to see this band live, and I hope they write and record an original album.

DM: What are you working on for summer with your band, Slaves on Dope?

JR: SOD are putting an album out in September, and will feature some very cool guests. It is recorded and we are going to final mix in a week or so. We will be hard at work this summer shooting some videos and getting the artwork and packaging together for the new record.

We are also doing a collaboration with DMC and Chuck D for Darryl’s album, and a song for an upcoming Chuck D-produced soundtrack which we are super excited about! ■