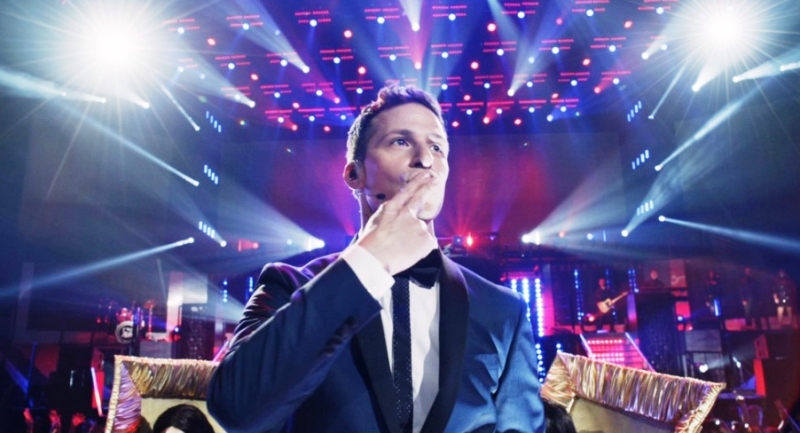 I remember watching That 70’s Show as a kid and being perplexed as the studio audience whooped it up when Charo or Eve Plumb showed up on the show. I was too young to grasp that their very presence was a form of joke; I didn’t have the cultural context to recognize these people as something beyond just actors. Cameos can be a pretty lazy way of getting a laugh, particularly since our post-modern world has made it so that nearly every famous person on Earth can find a reason to laugh at themselves. Considering even untouchably self-centred stars like Kanye West and Justin Bieber have popped up in some comedies, it’s a risky proposition to centre an even moderate portion of a film on incongruous cameos.

Cameos have, of course, always been part of the Lonely Island’s aesthetic. The presence of people like Michael Bolton and Justin Timberlake (both of whom, unsurprisingly, turn up here as well) in their digital shorts has always been part of the joke, and it’s definitely à propos to have a bunch of celebrities play themselves in a movie about the most famous fictional pop star in the world. Yet the line between hilarious non-sequiturs and A-list comedians seeing how many favours they can cash in from famous buds is pretty thin; while Popstar: Never Stop Never Stopping doesn’t stoop to Zoolander 2 levels, it does verge on total saturation. 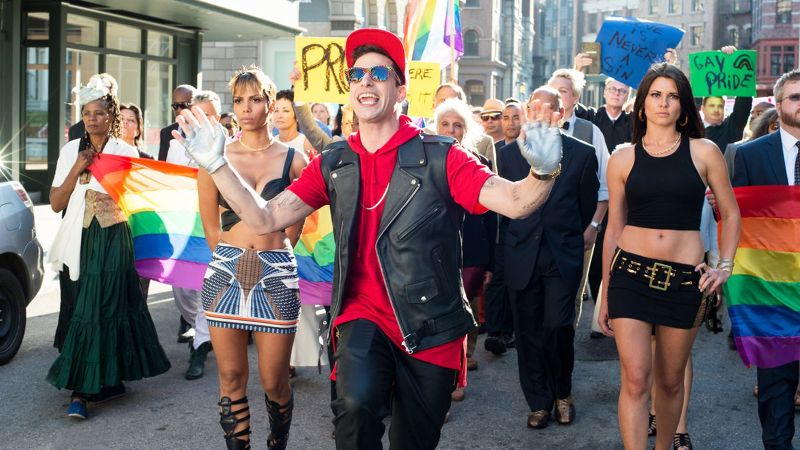 There’s more to Popstar than just cameos, of course. Samberg plays Conner4Real, an amalgam of Timberlake, Bieber and Macklemore who goes from being a member of a groundbreaking pop-rap group called Style Boyz with his best friends Lawrence (Akiva Schaffer) and Owen (Jorma Taccone) to being the hottest, best-selling rapper in the world. The film follows as Conner prepares to unleash a highly anticipated new album that soon tanks horribly due to Conner’s megalomaniacal tendencies. With Lawrence living in exile on a farm and Owen relegated to DJ duties (which mostly involves pressing play on an iPod), Conner finds himself cast aside on his own tour by his opening act, the Odd Future-esque Hunter the Hungry (Chris Redd) and reviled by press and fans alike.

There’s obviously more than a little meta dimension to Popstar. It’s as much the story of the Lonely Island as it is anyone else’s, and the film eventually takes a “let’s get the boys back together” road that also mirrors the group’s reunion to make the film. This Is Spinal Tap is an obvious inspiration, but Popstar is interesting in that it functions as a love letter as much as it does satire. Of course, there are broad jabs at some unmissables (the first single off the new record is a self-righteous take on Macklemore’s “Same Love” that exists mostly so Conner can prove that, while gay rights are great, he himself is certainly not gay) but it’s also obvious that Taccone, Schaffer and Samberg have a deep love for the glitzy, bombastic world of pop music. 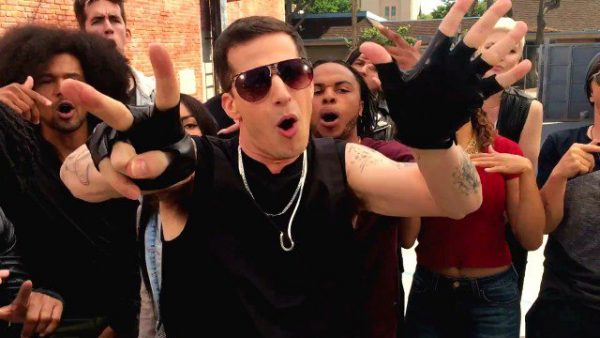 It’s this balance that makes Popstar more hilarious than self-indulgent; while the film certainly understands the disposable and anemic nature of pop stardom, it also finds a certain comfort in it. It’s not exactly biting satire, but it’s not mean-spirited either; its dick gags and silliness (Conner has a song called “Mona Lisa, You’re An Overrated Piece of Shit”) aren’t misanthropic Sandler-esque messes, and most people seem to understand that they’re both the joke and in on the joke (not so sure about DJ Khaled, though).

In my Zoolander 2 review, I expressed concern that it’s difficult to satirize a scene or industry if the people involved in it take too large a role in their own skewering. Popstar: Never Stop Never Stopping splits that difference in the way that the Lonely Island always has. It’s not exactly shaking the pop world to its core, but it’s pretty fucking funny either way. ■