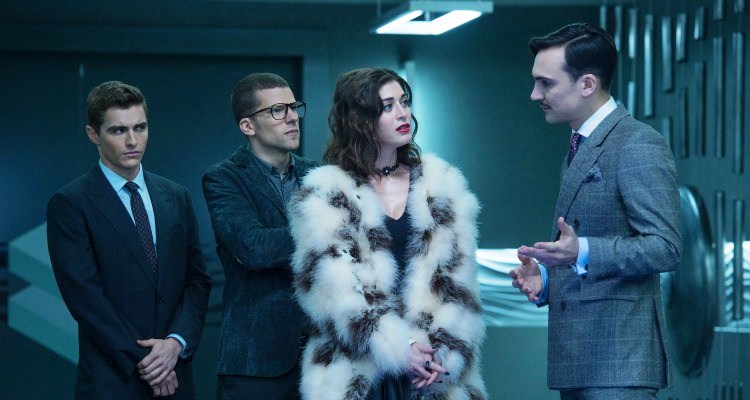 Most films operate under the implicit understanding of suspension of disbelief, i.e. the audience understands that some of these things are implausible but necessary to the smooth laying out of the narrative. The Now You See Me series (or pair, as it currently stands) operates under the exceedingly more complex concept of suspension of comprehension. You’re not meant to be following along, necessarily; instead, the film grooms you to go along with whatever asinine idea it lays out with the tacit understanding that it will all be explained at length, leaving nary a stone unturned, before the sequence is even over.

I would have loved to sit in on a pitch meeting for this sequel to an already fairly twisty film; I would love to see someone explain a film that operates with a veneer of complexity but constantly doubles back to explain and reveal its every twist and turn. “Show, don’t tell” is a classic screenwriting maxim; Now You See Me 2 takes it a step further and gives us “Show, AND tell. Tell as much as possible!”

A year after the events of the first film, the Four Horsemen (Dave Franco, Woody Harrelson, Jesse Eisenberg and Isla Fisher) are in hiding. The only person who truly knows where they are is FBI agent/fifth Horseman Dylan Rhodes (Mark Ruffalo), who leads the government on their trail while also protecting them. With Fisher’s character missing and replaced by the eccentric Lula May (Lizzy Caplan), the horsemen are coaxed out of hiding by Walter Mabry (Daniel Radcliffe), an unscrupulous tech billionaire who is presumed dead by the world at large and needs their expertise to steal a priceless computer chip that will give him access to every computer in the world. The Horsemen want to turn this situation on its head and expose Mabry’s wrongdoings to the world, but the works are significantly gummed up by their old nemesis Thaddeus Bradley (Morgan Freeman), currently rotting away in jail, and Harrelson’s Liberace-by-way-of-McConaughey twin brother, whose allegiances lay elsewhere. 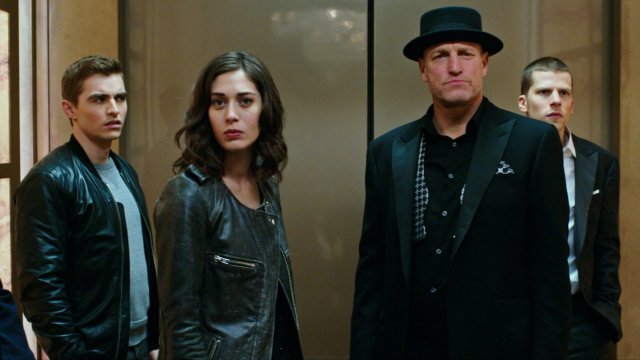 The first Now You See Me wasn’t particularly good or interesting or well thought-out, but it was definitely as slick and as easily consumable as you could possibly make a film where nothing is ever as it seems and perceptions get re-routed every 10 minutes. Now You See Me 2 is no different; it needs convoluted magic tricks, sleight of hand and complex heist tactics to move forward, so it delivers them in droves.

Movie magic is not particularly conducive to conveying magic magic, so director Jon M. Chu and screenwriter Ed Solomon come up with some pretty elaborate set pieces, like one that follows the horsemen whipping around a playing card that contains a metal chip while also going through a metal detector. The problem is that the movie is both completely confusing and heavily expository; the audience is never asked to figure anything out by themselves but simply to lose themselves in the convoluted spectacle until the inevitable explanation comes.

Explanations come with the fury of a thousand suns; in the world of Now You See Me 2, nothing is ever as it seems, and sometimes things are exactly as they seem but first they must go through one confusing permutation where they might not be. (The film has a very, very loose concept of what it means to “go off-grid” and “fake your own death”; in both cases, you can walk around, rent an apartment, have your own entourage and charter private planes where you presumably do not murder everyone who isn’t already part of your entourage to throw off the scent. The aforementioned suspension of disbelief comes in handy.) In that sense, Now You See Me 2’s form mirrors its content, zipping through a garden of delights’ worth of smoke and mirrors while patiently explaining its various double crosses, backstabs and illusions. It’s a magic trick of a movie about magic tricks, tricking its audience into thinking there’s more than just illusion here.

If the film is confusing to watch and almost impossible to recount, it certainly isn’t boring. It’s slick and fast and efficient; while the film is helmed by a different highly commercial director well-versed in the zippy and inane than the first, it nevertheless retains that film’s effortless depiction of effort. It also has a cast that’s way overqualified for the material and makes the best out of some pretty silly situations (Harrelson’s turn as his own effeminate, baby-talking twin is next level scenery-chewing), but Now You See Me 2 proves to be, generally speaking, pretty unmemorable. It’s a theme park ride or generous shake of MSG on a food court trio; satisfying and stimulating at the time, but completely and utterly disposable in every other way. ■

Now You See Me 2 opens in theatres on Friday, June 10. Watch the trailer here: