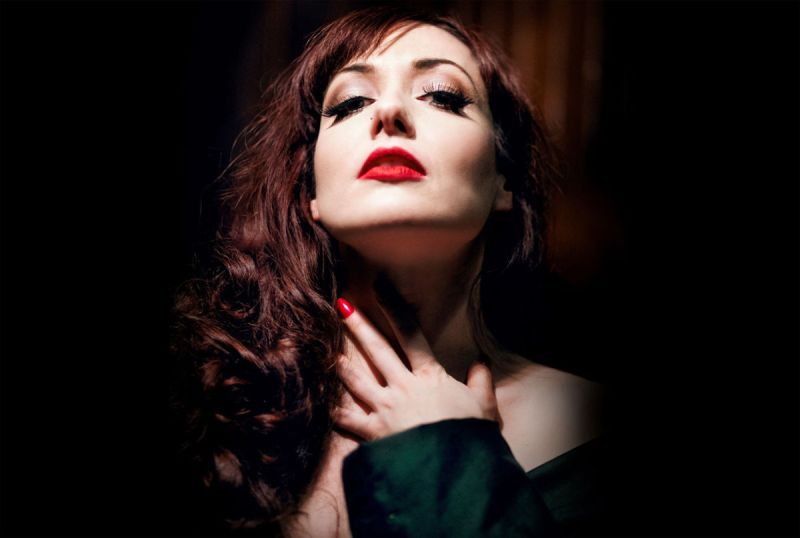 Here’s our first batch of reviews of ongoing shows at the Fringe Festival, which continues through June 19:

Montreal’s Laurent McCuaig-Pitre is a name you’ll no doubt be hearing often as the young Dawson and Concordia grad is making waves in both English and French these days, winning the  Kit Brennan Playwriting Award from Concordia for A Perfect Picture, his ambitious contribution to this year’s Fringe. In this solo performance, McCuaig-Pitre portrays Kevin Carter, a young war photographer who went on to win a Pulitzer Prize for his photo of a vulture waiting beside a severely emaciated young girl in famine-stricken Sudan in 1993. McCuaig-Pitre makes the vulture a character in the play, a creepy voice that vocalizes the darkness haunting the protagonist, who would commit suicide just a few months after winning the Pulitzer.

The storytelling gets under your skin and the acting is picture perfect as McCuaig-Pitre immerses the audience in the murky morality that surrounds Carter and his fellow members of the so-called Bang Bang Club of war photographers (one of whom was Carter’s best friend Ken Oosterbroek, shot to death by South African peacekeepers the same month Carter won his prize). The play touches on important debates about the role of photojournalism in times of war and tragedy and about the emotions it evokes. A Perfect Picture offers a sharp portrait that will stay with you long after the house lights have gone up. (Peter Wheeland) At the MAI (3680 Jeanne-Mance), June 13 (6 p.m.), 14 (11:30 p.m.), 17 (5:15 p.m.), 18 (7:15 p.m.)

At its core, this sweet little adventure story has the message to “let your freak flag fly” and be proud of who you are – a good reminder at any time, and particularly in a moment of absurd bathroom laws and mass hate crimes. The songs are delightful and beautifully performed, and the performers are engaging enough to hold the audience’s attention for the full hour without wavering. Some details of the story that these ideas are framed through get lost in the shuffle though, a couple of the references date the material a tiny bit and there are a couple of uncomfortably heterosexist moments. Still, this is a good time, and would be PG-13 were it not in an 18+ venue. (Kristi Kouchakji) At Petit Campus (57 Prince-Arthur E.), June 15 (11:15 p.m.), 16 (4:30 p.m.), 17 (8 p.m.)

Jeff Leard has so much energy it seems possible that he might actually explode in the course of describing his made-up sci-fi action-adventure film The Jupiter Rebellion. Incredibly self-aware and able to roll with just about any audience reaction, Leard breathes new life into the “one-person film re-enactment” Fringe genre by imagining his own film and bringing the audience as deeply into it as if they had actually seen it themselves. Building trope upon trope, Leard’s sense of the absurd combines with a self-reflexive approach to make for an hour of performance far more entertaining than any actual sci-fi action-adventure movie. Fair warning: The venue is small and only accessible by one slow-moving elevator, so buy your tickets in advance and arrive with a few minutes to spare. (KK) At Black Theatre Workshop Studio (3680 Jeanne-Mance, 4th floor), June 15 (9:15 p.m.), 16 (11:59 p.m.), 17 (7 p.m.), 18 (5:30 p.m.)

In a ladylike fashion, Ladies’ Advice for Ladies is “accomplished, without being too accomplished.” Billed as “a satirical cabaret for ladies, gentlemen and all who are both or neither,” this show has a huge amount of potential to be resurrected as a concept for an ongoing burlesque/vaudeville series, which would presumably allow these two sharp, funny performers to develop their characters a little more and stabilize their accents. With that said, for such a series to work, the writing would need to be tightened up and approached with a slightly more critical lens, especially on jokes around gender presentation (and a venue more accustomed to hosting cabaret acts wouldn’t hurt either). (KK) At Mademoiselle (5171 Parc), June 16 (8 p.m.), 17 (8 p.m.), 18 (8 p.m.), 19 (noon)

Montreal actress Holly Gauthier-Frankel pours her many talents into this grand finale for her burlesque alter-ego Miss Sugarpuss: singing, guitar-playing, dancing, drama, comedy and, of course, burlesque striptease. This nearly-one-woman show — with several small parts played by Amir Sam Nakhjavani and recurring cameos by Jody Burkholder — is (kind of) set in Paris in 1963, portraying the hardships of the low-brow performing arts lifestyle, including the poor conditions, low wages and daily humiliations faced by the average burlesque dancer and musician then and now. But the show’s darkness and melancholy is outweighed by humour, wit and celebration. The cleverly executed hour-long piece expertly weaves burlesque reverie into a melodramatic narrative, with a lively jazz score accentuating the excitement, and videos and photos of Miss Sugarpuss in action intermittently flashing on a screen above the stage as she performs her swan song. (Lorraine Carpenter) At Théâtre Sainte Catherine (264 Ste-Catherine E.), June 14 (10:30 p.m.), 15 (7:15 p.m.), 16 (9 p.m.), 18 (8:45 p.m.)

Emerging from behind the curtain wearing absolutely nothing, Thea Fitz-James begins her one-woman show by staring each audience member in the eye, creating an intimate incorporeal connection that never fades. This opening perfectly encapsulates the entirety of the show: a bold and intimate bearing of Fitz-James’s body and soul. Fitz-James keeps the audience sitting at the edge of their seats by sharing personal stories on masturbation, complex family secrets and relationships, as well as the politics of female nudity and the importance of explicit performance artists. A provocative and powerful show that leaves the audience thinking about the social and political implications behind constantly trying to attribute a reason to why women get naked on stage. (Samantha Rudolph) At Montreal Improv (3697 St-Laurent), June 13 (6:30 p.m.), 15 (11:15 p.m.), 17 (10:30 p.m.), 19 (4:15 p.m.)

The No Bull$#!% History of Invention

After a sold-out run at the Edmonton fringe, Kyle Allat and his trusty beaver Tupper are back educating Montrealers about the history of a variety of the world’s most important and ubiquitous inventions. Allat’s enthusiastic delivery, fun facts and spot-on accents make even the most boring inventions seem riveting. From the telephone to the bra to the toilet (invented by Thomas Crapper, I kid you not), Allat breaks apart the ego, drama and complex process behind bringing a product to the mass market. Spoiler alert: Alexander Graham Bell was a narcissistic plagiarist! (SR) At Théâtre Sainte Catherine (264 Ste-Catherine E.), June 15 (5:30 p.m.), 17 (5:30 p.m.), 18 (7 p.m.), 19 (noon)

Nisha Coleman is an engaging storyteller and actor whose solo performance of the autobiographical Self-Exile is one of the highlights of this year’s Fringe. Transporting the audience on a voyage that takes us from her childhood growing up with hippie parents to her busking days on the streets of Paris, Montreal’s Coleman evokes a panoply of emotions with an innocent charm. The writing, in contrast, betrays an alert intelligence as she explores themes of  alienation, isolation, mental health and self-identification.

The minimalist set contains four plain cardboard boxes in which she discards clothes like layers of skin, revealing the next stage of the character’s evolution. Clearly at ease in her own skin, Coleman’s performance was seamless and elicited a warm standing ovation from the audience during Saturday’s show. (PW) At Théâtre la Chapelle (3700 St-Dominique), June 17 (10:15 p.m.), 18 (4:15 p.m.), 19 (6:15 p.m.)

Toronto troupe Sex T-Rex is back at the Montreal Fringe, following up the success of last year’s SwordPlay: A Play of Swords with another joyful romp from the stage-combat team of Josef Addleman, Conor Bradbury, Julian Frid, Kaitlin Morrow and Seann Murray. In a plot mash-up resembling Mad Max meets A Boy and His Dog, our hero is a janitor working at the Compound headquarters of a cannibalistic collective bent on eating any human survivors that haven’t already been gobbled up by hordes of wandering zombie mutants.

Look for our second batch of Fringe reviews on Thursday, June 16.