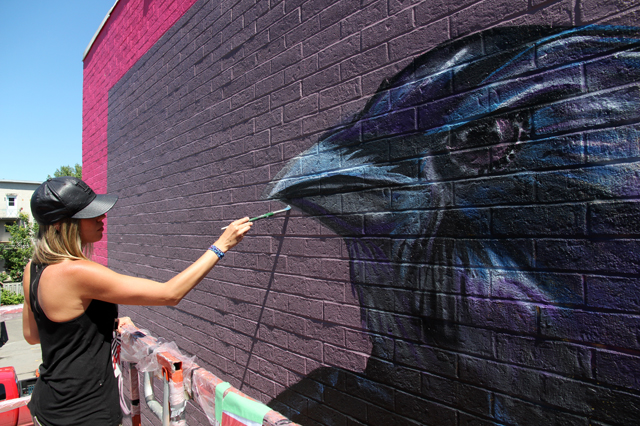 One of my favourite authors included Montreal among his favourite cities, though his best-known quote about us doesn’t seem all that flattering.

“This is the first time I was ever in a city where you couldn’t throw a brick without breaking a church window,” Mark Twain told a banquet held in his honour here in December 1881. Yes, December. He went on to say how much he enjoyed the city but added that “the weather has been a good deal of a disappointment… .

“I suppose one must come in the summer to get the advantages of the Canadian scenery.”

I don’t know about scenery (which I think is beautiful all year round), but you definitely have to come to Montreal in the summer for the festivals, which seem to grow in number and intensity every year. This weekend alone we’re hosting the Mondial de la Bière, the Grand Prix du Canada and witnessing the launch of les FrancoFolies, the St-Laurent Blvd. Mural Festival and the Montreal Fringe Festival.

Personally, I wouldn’t mind tossing a few of Twain’s metaphorical rocks at the Grand Prix festivities, which aren’t a reflection of the vibrancy of the city so much as a mirror of what it looks like when it’s obnoxiously drunk and retching out the cab window.

The Fringe, FrancoFolies and Mural festivals, on the other hand represent our creativity at its best. Although Twain struggled with French — “When using that language I have often noticed that I have hardly ever been mistaken for a Frenchman, except, perhaps, by horses” — he would no doubt have enjoyed the 10 days of wall-to-wall concerts from francophone musicians of virtually every style that boom from FrancoFolies stages in the Quartier des Spectacles area every June.

Known to have a rather theatrical bent of his own, Twain would also have spent quite a few days wandering among the 20-odd Plateau Mont-Royal venues during the annual Montreal Fringe Festival, which gives artists ranging from dancers to actors to puppeteers to clowns a chance to strut their stuff in intimate spaces. “The public is the only critic whose opinion is worth anything at all,” Twain once said, and this bare-bones fest is the epitome of that. The Fringe “buzz” often determines whether performers play to packed halls or just the in-laws as tweets, posts and word-of-mouth ensure audience favourites are quickly sold out. At $10 to $12 a ticket, it’s affordable entertainment that also provides performers with a rare opportunity to keep every penny their artistry earns. 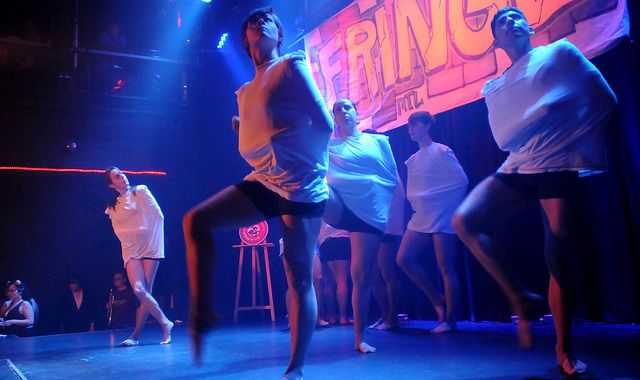 And if in Twain’s time Montreal’s street scenes were dominated by stained-glass windows, these days the city has become famous for the hundreds of murals you can find on walls big and small. An event first launched in 2013 to celebrate and promote the “democratization of urban art,” Mural Fest is much more than a contest where the public can witness which artists pull off the most stunning masterpiece on giant brick-and-mortar canvases.  (Old works are whitewashed in preparation for the new crop, an act that seems almost sacrilegious until you see the images of this year’s works begin to slowly emerge from under the brushes and rollers of artists perched on cranes and scaffolds.) These days, the festival on St-Laurent just above Sherbrooke also includes live music, conferences, gallery exhibitions and even “Grill St-Laurent,” where $5 gets you a barbecued bite from one of 15 local restos.

All these are harbingers of a Montreal summer that sometimes seems all the shorter because of the frenetic activity we pack into just three months. Coming up are the Folk Fest on the Canal and the Jazz Festival, followed by Just for Laughs, Zoofest and Osheaga, the annual Pride Montréal celebrations and dozens of other parties and parades, from St-Jean to Canada Day to Carifiesta.

Although this coming weekend may not be the official launch of summer, it’ll certainly feel that way — if the sun ever decides to make a reappearance. I may be typing this with mittens on and reading weather forecasts as gloomy as a Donald Trump presidency, but I’m going to take a Bernie Sanders approach and opt for hope over despair.

In any case, I’m sure Twain would have been pleased to see how “fest” has replaced “foi” as the hallmark of modern Montreal. I’m also pretty sure another of his famous observations about the city would be unchanged 135 years later.

The women here, he observed, “are so pretty it is a relief to see a plain one now and then.”

And that was in the dead of winter in the Victorian era. You can imagine what he’d have to say today. ■