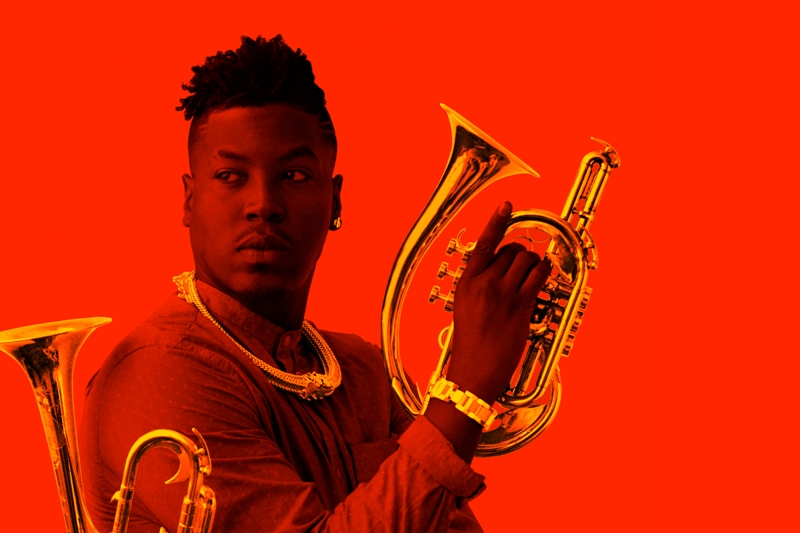 It’s time once again for the summer music festival that local cynics call the “Anything but Jazz Festival.” But what does the Jazz Fest have to offer, really, in terms of jazz? The answer is, as usual, actually quite a bit.

Some heavyweights to catch would be, first off, trumpeter and composer Wadada Leo Smith (July 7). In the 1960s, Smith was a member of the legendary and ground-breaking Association for the Advancement of Creative Musicians in Chicago and he is still a distinct and powerful voice. That would be my #1 show.

A second choice would be one of several sets by trumpeter Roy Hargrove (July 6, 7). A neo-conservative player following in the footsteps of Wynton Marsalis, Hargrove has developed his own approach, which includes hip hop fusion and a beautiful sound on ballads.

That would be followed by Kenny Baron, a superb and subtle pianist who worked with a number of jazz legends and who took the place of Thelonious Monk in the quartet after the passing of that iconic master. Baron is scheduled to play in the Invitation series (July 3, 4).

And then there’s the Blue Note 75 band (July 1), featuring musicians like pianist Robert Glasper, whose recent credits include scoring the music for the bio-pic Miles Ahead.

Other international stars worth considering include Larry Coryell, a seminal jazz fusion guitarist who’ll bring his 1970s band Eleventh House back to life (July 6). From the same generation, pianist/composer Chick Corea is playing with Christian McBride and Brian Blade (July 1), two excellent younger musicians on bass and drums, respectively. Slightly older than McBride and Blade is guitarist Charlie Hunter (July 1), who is always interesting. For organ fans — there may be one or two — there’s the divine Dr. Lonnie Smith (July 4, 5), the effusive Joey DeFrancesco (July 7) and saxophonist James Carter’s Organ Trio (July 2).

If you’re nostalgic for big bands, you could catch the Jazz at Lincoln Center Orchestra (June 30), the Battle of the Bands pitting the Glenn Miller Orchestra against that of Cab Calloway (July 9) or, closer to home, the Lorraine Desmarais Big band (July 1) and the Orchestre Nationale de Jazz de Montréal, which features many of Montreal’s finest players, in a collaboration with local pianist Oliver Jones (July 7).

Local jazz is well represented once again, in several venues and settings, featuring people like the up-and-coming Jacques Kuba Séguin, a trumpeter and composer who has been impressing some discerning local critics. There is also Total Madness (June 29) which includes Jean-Michel Pilc, a fine French jazz pianist who recently made Montreal home.

There are also the usual suspects, like drummer Guy Nadon (June 30) and bassist Michel Donato (July 4) in the laudable Jazz d’Ici series, as well as trumpeter Ron Di Lauro in one of a two-night tribute to Chet Baker (July 7). Last but certainly not least is the homage to Montreal-born Paul Bley (July 6).

While much of the Jazz Fest programming is pop-inflected and intended to bring out the crowds, there are several concerts only tangentially related to jazz worth considering. For example, there is Taj Mahal (July 2), a savvy blues artist who knows how to work a crowd and whose deep musical roots are in blues and early jazz. Local celebrity Susie Arioli brings her brand of bluesy swing (July 1) as well as R&B artist Bilal (July 6), who has collaborated with Christian Scott, Robert Glasper and Beyoncé, just to name a few. ■