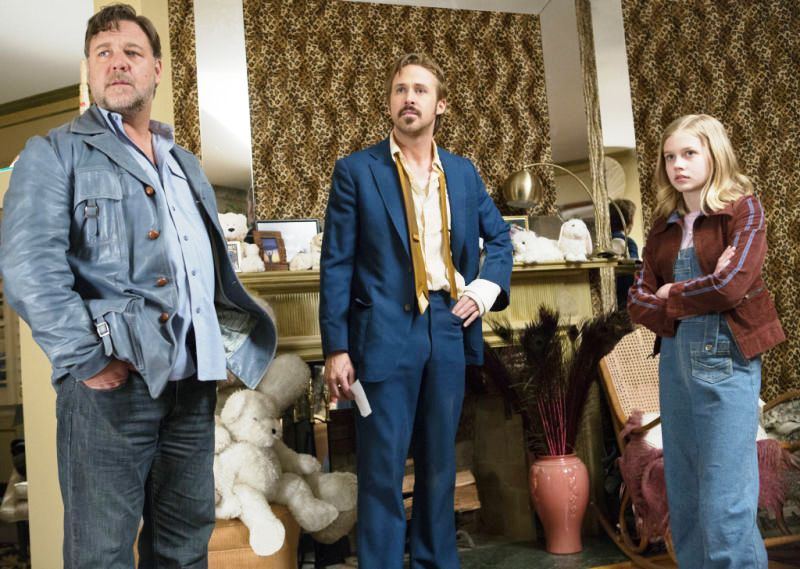 It would be inaccurate to say that Shane Black invented the template for the buddy cop movie. There are examples of it going back as far as the early ’70s, and even semi-contemporaries like 48 Hours basically had the formula down before Black’s first film as a screenwriter — Lethal Weapon — was released. It would be accurate, however, to say that damn near everything that came after Lethal Weapon is somewhat indebted to Black’s loose, comedic, violent style. Pretty much every movie featuring two mismatched cops / a cop and a criminal / two private eyes / a private eye and a cop, etc, takes at least part of its tone and structure from Black. A brief foray into superhero movies (albeit one that resulted in Iron Man 3, the 10th highest-grossing film of all time) has brought Black back to the forefront and made him the kind of guy the studios can’t say no to. Thankfully, he’s decided to go back to more familiar territory for everyone’s benefit.

With its serpentine noirish plot, loveable fuck-ups and sun-baked Los Angeles setting, The Nice Guys admittedly has a lot in common with Black’s only other non-superhero film, 2005’s Kiss Kiss Bang Bang. What The Nice Guys has that that film didn’t is Iron Man 3 money: Black expands the scope of the L.A. noir considerably through the 1977 setting (so many polyester shirts and weird glass-walled homes in the hills) and the action scenes, which are multi-levelled, building-destroying affairs.

I’ll admit that, plot-wise, The Nice Guys does tend to get lost up its own asshole. The various cover-ups, machinations and conspiracies aren’t that compelling, and the film lacks a villain one-10th as memorable as the leads (the best they can do is introduce a hitman played by Matt Bomer in the third act whose most memorable feature is that he shares a name with a character from The Waltons). It isn’t a movie you watch for the richness and depth of its plot, for what it reveals about human nature or to have your socks knocked off with unforeseeable third-act reveals; it’s about the skewering of clichés, marginally competent men in situations way beyond their capacities, Gosling’s Buster Keaton-esque flair for physical comedy and an undeniable love for ’70s hangdog protagonists. When you’ve got all that, it’s fine not to have a great villain. ■

The Nice Guys opens in theatres on Friday, May 20. Watch the trailer here: