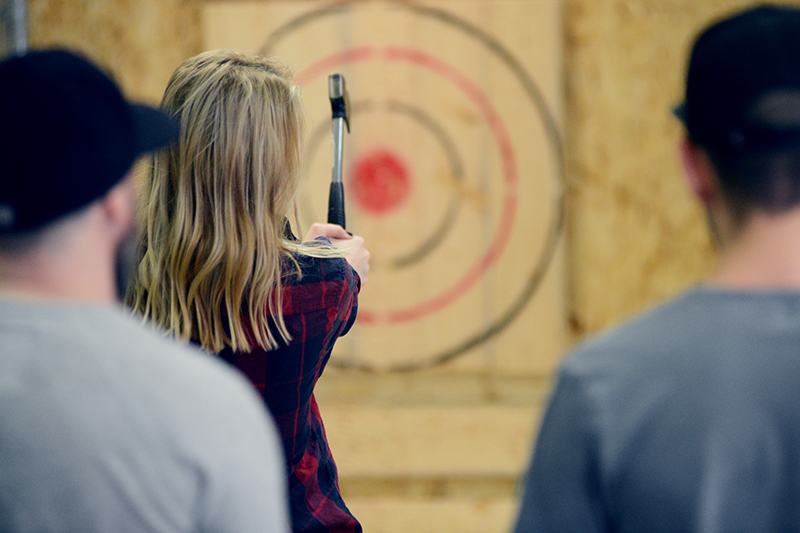 There’s an indescribable satisfaction that comes with landing a throwing axe into a plank of wood. Think of it as darts or bowling, but for vikings and lumberjacks.

Axe throwing is a growing global phenomenon, and the activity has now reached Montreal with the recent opening of Rage, an “axe throwing playground” downtown. Rage has 11 throwing lanes, and they look straight out of a special-ops training ground. There’s a lot of bare plywood, chain-link and spray paint. Multiple types of throwing axes hang on their holsters, ready to be flung. There are small throwing axes, full size camping axes, and, for the brave, double-sided black axes that look straight out of Lord of the Rings. 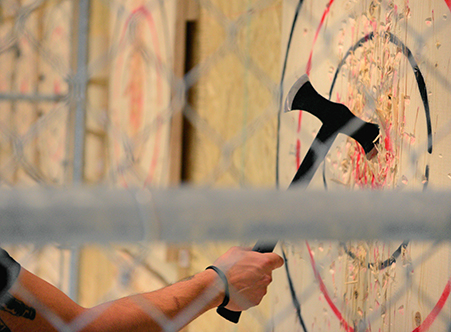 The best part? There’s very little learning curve. After a few minutes with a Rage instructor, axes were flying out of my hand with ease, impacting with a satisfying thud and sending bits of plywood splintering to the ground. Upon retrieval from the target, you can really see why the Vikings trusted throwing axes as their skull-splitters of choice when invading Europe. The damage done by a properly thrown axe is right there for you to see.

Targets at Rage have to be replaced daily due to the punishment they take. Although you do have to sign a waiver to participate, axe throwing has very little risk. In fact, the weight and size of the axes make the activity quite safe. As long as nobody is standing downrange or directly behind the thrower, the lack of bounce-back ensures that axes that don’t stick in the target will fall harmlessly to the floor.

Bookings at Rage are by the hour, and up to three people can use a single throwing range. It’s an activity that you can take at your own pace, and food is available from the counters behind each range. Rage has plans to start organizing local axe throwing tournaments, so if you’re just learning how to throw, you’ve still got some time to practise and win the golden axe trophy. ■

More details, including reservations and pricing, can be found on the Rage website.