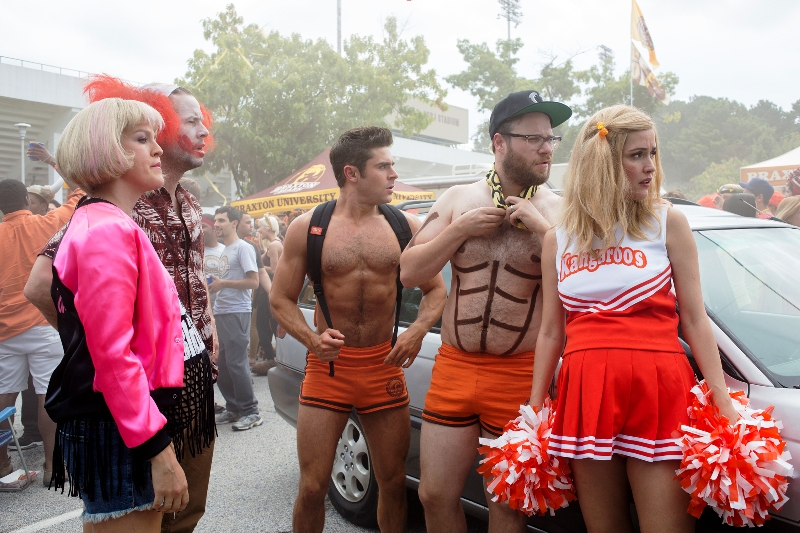 As the Internet sets itself on fire over the Ghostbusters reboot, Neighbors 2: Sorority Rising swoops in under the radar as a feminist reinvention of the original film. While retreading familiar ground as Mac (Seth Rogen) and Kelly (Rose Byrne) face off against their new neighbours, an alternative sorority headed by Shelby (Chloë Grace Moretz), they learn important lessons about taking responsibility. With their daughter now two years old and with another baby girl on the way, the young adult couple become unusually aware of the expectations and pressures faced by young women in the modern world.

Switching from a fraternity to a sorority was the obvious route, which allows the writers to re-imagine the formula with gender-based twists. Rather than rely on easy laughs though, the writers and filmmakers tackle the challenge with gusto and empathy. Each character’s personal challenge has a grounding in reality, with concerns and fears most of us relate to, creating a conflict of clashing egos. While the film points out hypocrisy related to progressive politics, such as problematics of free speech and gender double standards, it doesn’t rest on its laurels, challenging many of the suppositions of the first film, which, like most mainstream comedies, take for granted the male gaze as a default lens.

This works because it roots the status quo in absurdity. As we’re introduced to Shelby, she’s lighting up a joint as she rushes for a new sorority, only to be told to drop it in a glass of water because not only are drugs prohibited in American sororities, so are alcohol and parties. Shelby could have maybe lived with this if it were not for her disastrous first experience at a frat party, which reverses the male gaze by stripping away the magical movie fantasy in favour of the reality of drunken men and women groping each other in low light, angling for some play. 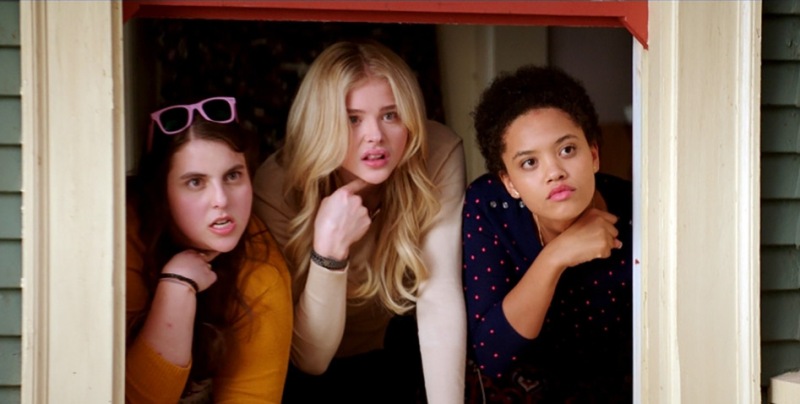 Most of the comedy is drawn from the exaggerated sexuality of these scenarios, which include in this case a giant neon penis, and the fact that most of us who lived through college always felt deep down that these events were never really that fun. It’s why you can’t help rooting for Shelby when she sets out to make her own sorority and navigate fun without an awkward peacocking for the opposite sex. And the writers, bless their souls, have so much fun guessing at what kind of awesome parties girls would plan, including a feminist icons party which has no less than three different incarnations of Hillary Clinton. It makes the alternative sorority which is compromising Mac and Kelly’s ability to sell their house worthy and ultimately sympathetic villains.

In a film that supposes so much of a female point of view, it’s hard to not acknowledge the tremendous work of Rose Byrne, who has levelled up her career from decent dramatic actress to one of the brightest stars in comedy. With Neighbors and Spy, Byrne has demonstrated an intuitive sense of timing and an incredible sense of character. Neighbors 2 might even be her best work yet, as she embodies a millennial mother latching onto her youth and terrified by the prospect of being a bad parent. Byrne plays her character as a young adult ready to drop the “young,” on the precipice of being out of touch and facing that reality with misplaced rage.

The ultimate reason why Neighbors 2: Sorority Rising works, though, is that it supposes a desire for human connections. Refreshingly, neither film treats marriage, family and friendship as a chore, but one of the best things about being on this Earth. The film makes fun of the fact that sex in marriage gets a little repetitive but highlights the joyful intimacy of making love to your best friend, vomit and all. Returning as well is Zac Efron, who gives a surprisingly nuanced performance as a confused college graduate looking for meaning and identity, and who wants to feel valued. More than just a string of one-liners and pop-cultural references, comedy is drawn from how absurdly short life is and the constant compromises we make to make it incrementally more bearable. ■

Neighbors 2: Sorority Rising opens in theatres on Friday, May 20. Watch the trailer here: