Billy Bob Productions has been celebrating Bob Dylan’s birthday in one way or another every five years since he turned 60. This year the legendary songwriter is turning 75, and while Billy Bob once again has a party planned with tons of local acts, this one will be different.

That’s because Andrew Besner, a Billy Bob partner and childhood friend of co-founder Lloyd Fischler, passed away last year. He developed a brain tumour in his early 20s, yet was amazingly able to live until his early 50s. 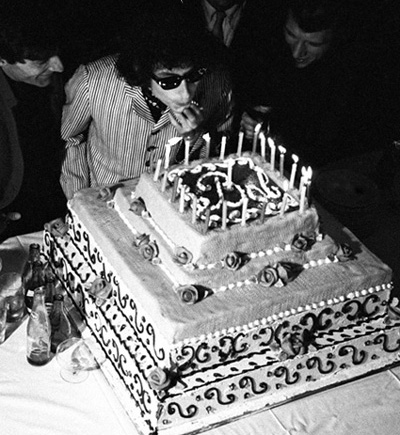 “We did a lot of Dylan shows on the road through the years, and Andy was with us,” says Mitch Melnick, TSN 690 radio show host and fellow Billy Bobber. “He’d need a cane to walk, but once the music started it would be like nothing had ever happened to him.”

Proceeds of the show are going to the Andrew Besner Fund at the Jewish General Hospital. The artists won’t be getting paid, but that didn’t stop some of the city’s best local acts from lending their support. Some of the artists who will be covering Dylan this Tuesday at Club Soda include: the Nils, Kevin Parent, members of the Damn Truth and John Jacob Magistery, Bud Rice and David Gossage and more. Famed producer Howard Bilerman has assembled an all-star band to pay tribute to Dylan’s album Blonde on Blonde, which turned 50 last week.

“I think people are trying to make the connection with Arcade Fire, but no, we’re not anticipating that,” says Melnick in reference to the frequent Bilerman collaborators.

Melnick says pretty much every musician at every level owes a debt to Dylan, who’s still touring and churning out albums at a consistent rate. At least two artists I asked agreed.

“I can be doing the most mundane day-to-day task and a lyric from one of his songs, usually from his earlier days, will suddenly creep into my brain and before I know it, I’ll be crying,” says the Damn Truth’s Lee-La Baum.

Baum’s favourite Dylan song changes almost weekly. “Today I’m in love with ‘Spanish Harlem Incident.’ Yesterday it was ‘Ballad in Plain D,’ and that’s the one I’m gonna attempt at the show. Was always daunted with its 14 verses. Just hope I can remember them all… Fuckin’ Dylan man…”

Bud Rice, on the other hand, has a clear favourite Dylan song: “Simple Twist of Fate.”

“I grew up listening to Bob Dylan’s music. He taught me to appreciate different singers, to listen more to what they are saying rather than how it’s being said. As a songwriter there is no greater idol,” says Rice.

“He is one of the most honest songwriters, never shying away from scrutiny or from attacking things he disagrees with. He is brilliant at creating imagery in his lyrics. He is constantly shifting in his vocal stylings and genres of music instead of hanging on to one gimmick. He is fearless.” ■